Home
Useful Japanese Lessons
How Do You Say “I” in Japanese? 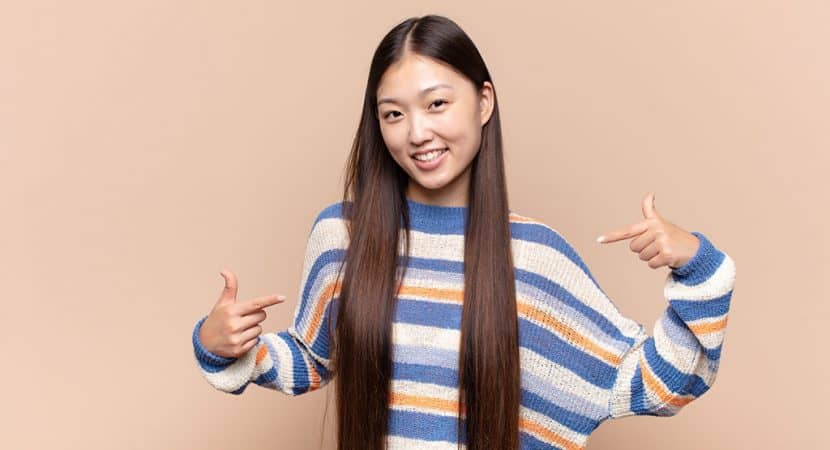 The general way to refer to yourself in Japanese is by using the word 私 (watashi).

While this is the most common way to say “I” in Japanese, there are many more words to indicate I, my, or me. It depends on your personality, your gender identity, your age, and the context in which you’re in to determine which form you can and should use. Let’s take a look at a few of them.

This is the neutral, standard, and most frequently used way of saying I.

You can use it in a formal setting without worrying about offending anyone (unless you’re in a very formal setting – like talking to the emperor). If you’re a girl or a woman, you can also use it in informal settings. Here’s how it would look like in a sentence:

As you may have noticed, this one uses the same kanji as watashi, but there is a “ku” sound when written out in romaji.

It’s certainly uncommon to hear watakushi used in casual conversations as it is a very polite way of saying I. It is mainly used in formal situations, like with one of your important clients or your boss:

あたし (atashi) is only used by women. It is used by females of all ages, from elementary school girls to women in their golden years.

あたし is also much more casual. You would not use atashi in a formal situation like at a business meeting or talking to people who have a higher social status than you (your boss, president of the company, etc.). For these situations, women would also use either watashi or watakushi.

While not common (and not really correct), the kanji 私 can also be read asあたし. If私 can be read asわたし (watashi), わたくし (watakushi), or あたし (atashi), how do you know which one it is? The truth is, you can’t.

If the kanji is on its own, you can’t be sure which reading is correct. The only way you tell is by context. You’ll have to figure it out based on the situation. If you’re reading a formal speech, the reading will most likely be watakushi; if it’s a situation that is not as formal, it may be read as watashi.  And rarely, if it’s a girly girl character in a manga talking to her friends, it will probably be read as atashi.  However, it is common for atashi (or even watashi) to be written in hiragana.

You often hear younger boys – especially the ones that haven’t reached puberty yet – using this word. However, it’s not uncommon among older men to use it either. A few girls use it to refer to themselves, too – though that is pretty rare.

Boku is, in essence, a casual word, but because it has such a pure, innocent tone, people won’t be offended by you using it even in formal settings. It’s a good way to refer to yourself when you want to sound harmless and good-hearted, so quite a lot of men use it in business settings when they’re “off the clock.”

Grown men use this word to refer to themselves. Compared to boku, ore has a bit of a cool, edgy connotation, making the speaker seem more “wild.”

Ore is used between friends and in casual settings – try to avoid using it in a formal setting or at work, as it might come across as rude!

Translated to “self,” or “myself,” some people like to use this word in place for I. Though this one is less common than watashi or boku, it’s not surprising to see people refer to themselves as, well, themselves.

You can use jibun in informal settings, for instance, to your family and friends – or you can also use it in formal settings when you want to emphasize your respect for the other person by putting yourself down (humbling yourself) a little.

7. Your Name – Referring to Yourself in the Third Person

Very young children, especially girls, often use their name to say I, my, or me in the third person. While some only say their name, others like to add the title –chan for girls and –kun for boys at the end, to mimic what the adults call them.

This childish ignorance is seen as cute in Japan, and that’s why you might also see some girls who are a little too old to be called children still referring to themselves by their name.

Old Ways to Say I in Japanese: Impress Your Japanese Friends!

So far, we’ve introduced the more common ways of saying I in Japanese. However, it’s also interesting to know that there are many more that people no longer use or barely ever use at all. Here’s a glimpse of what some of those are.

Wagahai was a term commonly used by higher-class men in the past. Sosuke Natsume wrote one of the Japanese classics called “I am a cat” – 吾輩は猫である(Wagahai Wa Neko De Aru) – when the word was in common use. Yet, in modern Japanese society, this word is rarely used. Pretty much the only time people encounter this word is in their high school literature class.

Wagahai indicates a sense of prideful self-importance in having a high level of status in society. The book played on the contrast between this connotation of the word and the main character being just a regular, domesticated cat.

This, too, is an outdated form of referring to ourselves. Sessha was a term widely used in the era of ninja and samurai. Though it would definitely be weird to use it in everyday conversations today, you might hear it while watching an old film or reading something about samurai. Here’s an example of a sentence you might come across in those samurai films:

There are more singular first-person pronouns in Japanese than what’s covered in this list. There’s even an entire Wikipedia page on the topic. Though the most common ones were introduced in this article, it might be fun to go and have a look at all the other ways to say I in Japanese; let us know your favorite ones in the comments!