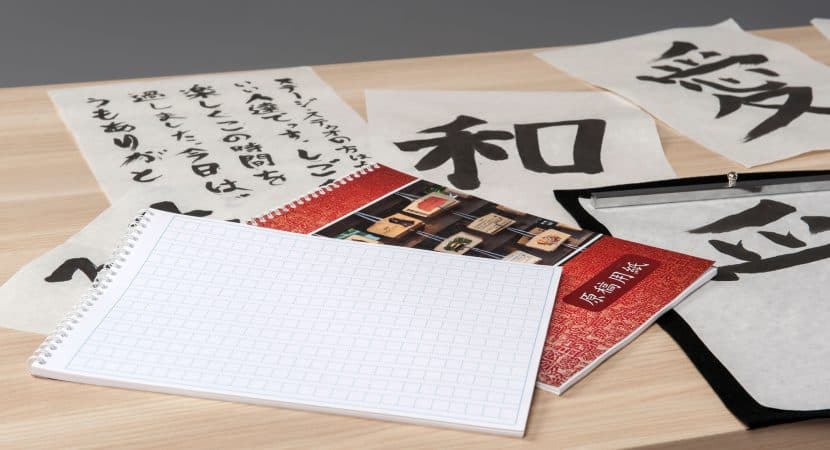 The “buzzwords award” started in Japan in 1984, and since then, the “words of the year” get announced at the end of each year. Most words are fads, but some words have become a part of Japanese vocabulary.

This word is used for foods like curry, ramen, sauces, and snacks (potato chips, etc.).

This word became popular from the manga 美味しんぼ (oishinbo). The story is about making 究極のメニュー (kyūkyoku no menu) which means ultimate food recipes.

This triggered a gourmet boom. We use 究極 for anything

we think is the best or “the ultimate” (not just food).

This word became popular from the piano song “energy flow” by Ryuichi Sakamoto.

This song was used in a vitamin TV commercial with soothing background music, commonly known as 癒し系音楽 (iyashi kei ongaku). This started the 癒し (iyashi) boom. Since then, many companies have started selling goods and services that emphasize 癒し, like 癒しの温泉 (iyashi no onsen): healing hot springs.

This word became popular from a public manner campaign that talked about good and bad manners in public.

AC Japan(Advertising Council Japan) made a public announcement about ジコチュー (jikochū). They used the characters ジコ虫 (jiko chū), which means “selfish bugs.” Normally, the “chū” part of this word uses the kanji character 中, which means “center” or “middle.” However, AC Japan changed it to 虫 (chū) because it has the same reading but means “insect.” This campaign drew a lot of public attention. Since then, ジコチュー has become a permanent word among Japanese speakers.

Another reading of 虫 is “mushi.” A word with the same pronunciation is 無視 (mushi), which means “to ignore.” ジコ虫 (jikochū) are annoying people who “ignore” public manners. Don’t be like them!

This is the shortened version of 人生の終わりのための活動 (Jinsei no owari no tame no katsudō).

終 (shū) means end. 活 (katsu) means “activity.” It is thought that this expression originated from the word 就活 (shūkatsu).  就活 (shūkatsu) is short for 就職活動 (shūshoku katsudō), which means “job hunting.” While the pronunciation of these two words is the same, their meaning is completely different.

Some people think doing 終活 (shūkatsu) is bad luck, even though it has become a widespread practice in Japan. Some people even start writing a notebook called エンディングノート (endingu nōto) or 終活ノート(shūkatsu nōto), which includes important records and messages for their family and friends. Even middle-aged people do it because it’s more casual than writing a will and an excellent opportunity to reflect on their own life.

Most people see 終活 (shūkatsu) in a positive way. You can purchase the 終活 notebooks at many stores or get one free at a city hall in Japan.

The Japanese are commonly known to be very punctual as a society. It’s a culture that emphasizes the value of time. Trains are always on schedule, people arrive on time for social gatherings, and most employees arrive early to work. Always being prepared is something they take seriously – even to their grave.

ご当地キャラ was created to promote a prefecture or city in Japan, to introduce its products, advertise events, etc. Those mascots became very popular, and now more than 1,000 characters are made throughout local cities in Japan. The most popular character in 2021 was くまモン (Kumamon) from 熊本県 (Kumamoto ken) – Kumamoto prefecture. You can check out some of these characters at the ご当地キャラ official site (Japanese only). Who’s your favorite ご当地キャラ?

This word was really popular in this era, and since then, it has become a permanent part of the Japanese vocabulary. The meaning is the same as in English. It started with カリスマ店員 (karisuma ten-in), which means a charismatic shop assistant.

There was a fashion building in Shibuya, Tokyo, called “Shibuya109.” This was one of the most popular department stores for young people. A lot of top brand clothing stores were in the Shibuya109, also known as マルキュー (Marukyū) for short. エゴイスト (Egoisuto) was one of the popular stores in Marukyū. Any clothes that the sales staff (a.k.a カリスマ店員) were wearing sold right away. カリスマ店員 became very famous in some fashion magazines, and working in the apparel industry was a dream job for young people.

Online shopping is popular nowadays, but back in the day, カリスマ店員 were the original インフルエンサー (infuruensā: influencer) of their time. You can find Japanese trending fashions here: Shibuya 109

育(iku) means childcare/rearing in Japanese. メン (men) means “men,” as it came from the English word.

The origins of イクメン (ikumen)come from a similar sounding word, イケメン (ikemen), which means a handsome/good-looking guy. イクメン (ikumen) has nothing to do with good looks. It refers to any men who help their wives with raising their children and other household duties.

This may sound normal to other cultures, but raising children in Japan was mainly the mother’s job. A government campaign called the “育 MEN Project” was designed to encourage men to take their special parental leave from their jobs.

In 2010, only 1.38% of men had taken their parental leave, but the numbers rose slowly. In 2021, it rose to 13.97% – a record high. The government’s target number is 30% by 2025. Parental leave in Japanese is 育児休業 (ikuji kyūgyō), or 育休 (ikukyū) for short. Japan faces a declining birthrate problem, so hopefully, this campaign will positively impact this. Make イクメン the new normal!

女子 (joshi) means a girl/ a woman. 会 (kai) refers to a meeting, gathering, or party.

This word’s origin was from an 居酒屋 (izakaya), a Japanese-style bar called笑笑 (Wara Wara). They made a special set menu for only female parties, called 女子会プラン (joshikai puran), or “girl’s party plan.”

The idea of targeting females as a demographic turned out to be a huge hit! Like the癒し (iyashi) boom in 1999 (#3 on this list), 女子会 became a social phenomenon.

Since then, many bars, restaurants, karaoke parlors, and travel companies have made 女子会 plans. Nowadays, women have more job opportunities, which means they can be financially independent and spend their own money as they wish (for fun and leisure). 女子会 marketing is still going strong.

女子会 is like the TV drama “Sex and the City .”The show is centered around the idea of a group of female friends getting together and talking about their love life, marriage, work, and other personal drama. This is now a common trend in Japan – women getting together and sipping sake to reduce stress!

The Japanese language is known to abbreviate or shorten certain words. This is an excellent example of that. スマホ (sumaho) is a word firmly established in Japanese vernacular and is now used by Japanese people of all ages.

Before the word スマホ became popular, we used to call them ケータイ (kētai), which is short for 携帯電話 (keitai denwa), meaning “cell phone.”

Since the use of スマホ has increased in popularity, 歩きスマホ (aruki sumaho) has become a big problem. This means using a smartphone while walking and not paying attention to your surroundings. These “smartphone zombies” are everywhere in the world!

This word was rapidly spread among young people. They look for things or places to get 映え写真 (bae shashin), or pictures that look great so they get lots of “likes” and followers.

Lots of businesses have to be conscious of インスタ映え to make sure their products or services are being marketed properly. They need to carefully choose the background of the photo or the angle of the product to make itインスタ映え for their Instagram account.

Some people make fun of the word, but thanks to Instagram, people worldwide have a newfound appreciation for taking good pictures. Even though people don’t like this word, インスタ映え is a word that’s here to stay, probably even when Instagram becomes the next MySpace.

Hiroko was born and raised in Tokyo, Japan. While in Tokyo, she worked at a language school and as a tour guide. She moved to the U.S. with her boyfriend in 2003 and got married (yes, many people love her last name!). She has two sons and a Toy Australian Shepherd. Hiroko enjoys volunteering at her son’s school, origami, and teaching Japanese culture. She also loves ryokan, watching Warriors NBA games, the Bachelor/Bachelorette, hiking, and reading novels in English and Japanese.