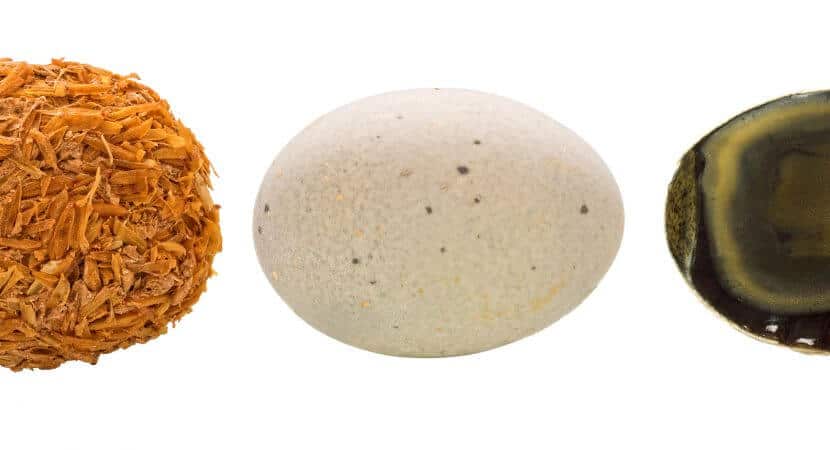 I have tried many weird and crazy foods in Japan.  Some of them were absolutely delicious, while others made me want to gag.  By far the worst thing I ever ate is something called “pidan” or “pitan.”  If you don’t know what this is, consider yourself lucky.  They are Chinese preserved eggs that you let rot in the ground.  Well maybe not rot, but it sure tastes that way.  I also heard people calling this “1000 year old eggs” or some shit like that.  Well how do you make this?  You take some beautiful eggs, mix together some tea, lime, salt, and CHARCOL ashes and other types of ash together into a paste.  You put that concoction around the eggs and then put it somewhere cool…like in some dirt.

You may have noticed I started swearing while describing this egg….trust me, this son of bitch cannot be fully expressed without foul language.  After a few months, the egg turns black, the yolk turns to this mush that looks exactly like tar.  It smells like it has been aging up some guys rectum.  The thing is, I tried this a couple times before…in soup and a piece of it.  It wasn’t that bad  That is, until I tried it straight from the tap.  I had an uncooked one, cut right in half, with all of that black goodness running out of it. It seriously looks like the devil’s balls, only a lot blacker.  I later found out that there are two types.  One type is hard, and looks just like a black egg with a slightly yellow yolk.  The other, which I am describing for you now, looks like the devil’s balls and the yolk is completely black with the consistency of tar.
The reason I tried this is because they had some at this Japanese farewell party as a punishment for losers of the games they had.  My team actually won, so we didn’t have to eat it  But I never tried it raw, so I thought I should give it a whirl.  BIG FUCKING MISTAKE.  Actually I don’t regret it, because now I know to never do it again.  I ain’t trying that piece of shit 10 times, let me tell you that.

When you first put it in your mouth, it just squishes and melts, like tar.  It’s basically a really soft egg with no bite.  Then you notice that the smell gets to your nose, and every part of your body is telling you to spit it out  But no, you keep eating it cause you’re no quitter.  Then you notice it tastes like rotten eggs, but with a large dash of ammonia…yummy!  I haven’t spit anything out before, but I was really, really close.  The ONLY reason I didn’t spit it out was because I told this cute, 5 foot Japanese girl to eat one with me.  She put it in her mouth, chewed and swallowed no problem.  So I thought, aww man, I can’t let this girl beat me, she’s like half my size!  No exaggeration, I have this crap swimming in my mouth for at least 3 minutes, because every time I tried to swallow, I would start to gag.

On a website about Pidan, I found this line to be quite interesting…”Pidan eggs are now classified into two categories, according to whether the yolk is semi-solid or hard. The semi-solid yolk has a pleasant, fragrant taste without any pungent lime flavor and with no after-taste”

I have one thing to say about that…..LIES!   THAT IS THE BIGGEST PIECE OF SHIT I HAVE EVER HEARD IN MY WHOLE LIFE!  I would say the exact opposite is true.  In Japan, it was cold, so my body didn’t sweat at all.  So my body adapts by making my feet sweat.  Not that much, but just enough to make my socks smell like ass.  Eating this egg was so bad, I wanted to take off my shoes and start sucking my toes as a chaser.

But I finally got it down and felt like a champ.  I’m never doing that again.  The weird thing is a lot of people actually like this egg!  In my opinion, you might as well like to eat dead rats or cockroaches.  You know that video “two girls, one cup?”  After eating this egg, I wanted to have a piece of what they were eating.  If you want to try it, don’t say I didn’t warn you!