Home
Places to Visit
Naramachi: A Town of “Monkeys” 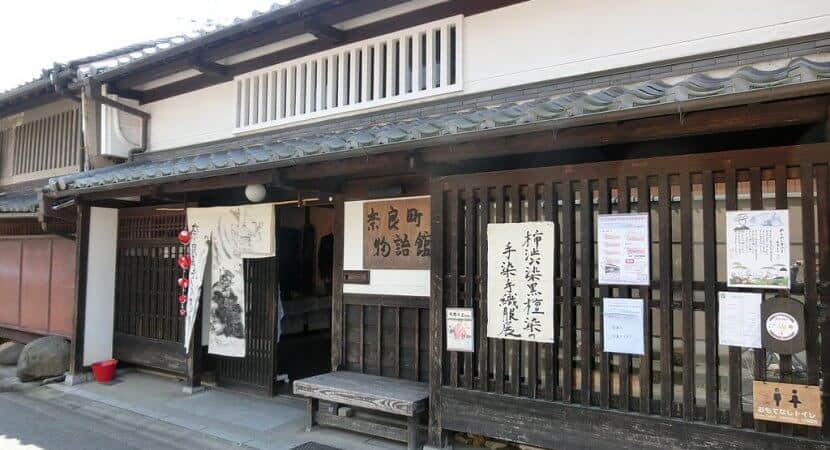 One of my favorite things to do when I travel is to discover places that are off the beaten track, where other foreigners don’t usually venture. Nara is a popular tourist destination in Japan and the main attractions (such as the big Buddha statue, the shika (deer) in Nara Park and the Nara Museum) are often crawling with visitors

However, if you want to escape the crowds and do something a little different, head over to the Naramachi Museum, sometimes known as the “Monkey Museum.”

Machiya is the name given to the old wooden houses, of which there are plenty in Naramachi! This is a beautiful city with lots of historical places to discover, and many of the traditional buildings have survived intact.

Located in the Naramarchi area, the Monkey Museum has been around since the 80’s. It’s a small, private museum but with generous opening times more akin to a larger establishment.

So where does the monkey thing come in?

Well, as you walk around the Naramachi area you’ll notice that many of the houses are decorated with odd strings of red and white balls which are strung down in front of the entrance. These are the “monkeys,” although it takes a bit of imagination to see how this strange little objects look like them.

The patch of white is the face of the monkey, and the four red prongs that curl upwards are the arms and legs, which are supposed to make it look like a monkey that is hanging upside down from a tree branch.

These red cloth monkey dolls are called migawari-zaru, and they are a popular souvenir to buy when visiting the ancient capital. They are supposedly the first form of Japanese good luck charms, and families will often buy a string of them with one monkey doll representing each member of the family.

They can be a bit expensive (particularly if you have a big family!) but Japanese tourists consider these ornaments to be important cultural items and the museum gift shop obviously does good business.

Aside from the monkey exhibits, the Naramachi museum also has a number of other items on display, as well as temporary exhibitions which change regularly. It’s a funny little museum with quite a jumble of stuff. It doesn’t take long to look around, but well worth a visit if you are in the area because of its quirky, unusual nature.

This museum may not be topping anyone’s tourist attractions list, but it has a very Nara-esque feel about it and great if you want to see a bit of local flavor.

I highly recommend a visit, and photographers will love wandering the nearby streets and snapping shots of the old machiya and traditional streets which look so charmingly out of place in our modern world.

Despite being a small, family-run business, the museum is open daily from 10:00am – 4:00pm

Entry to the museum is free, but they have a number of items in the gift shop aside from the monkeys, so do have a look around.

Nara is a small city and everywhere can be reached on foot. With the small, winding roads it’s actually preferable to come on foot or by bus because getting around by car can be tricky.

It’s less than twenty minutes on foot from either of the main train stations (JR Nara station or the Kintetsu Nara Station) and well worth the walk because it’s such a lovely area to wander around in. It’s located south of the Kintetsu Station or southeast of the JR Nara station.

Check the website for more information (in Japanese, but the Google Map is useful).

Have you been to the Naramachi museum, or a similar off-the-beaten-track destination? Leave a comment and let us know!