Home
Food Adventures
Fish Sperm in Japan – Put It in Your Mouth, Swallow, and Gag 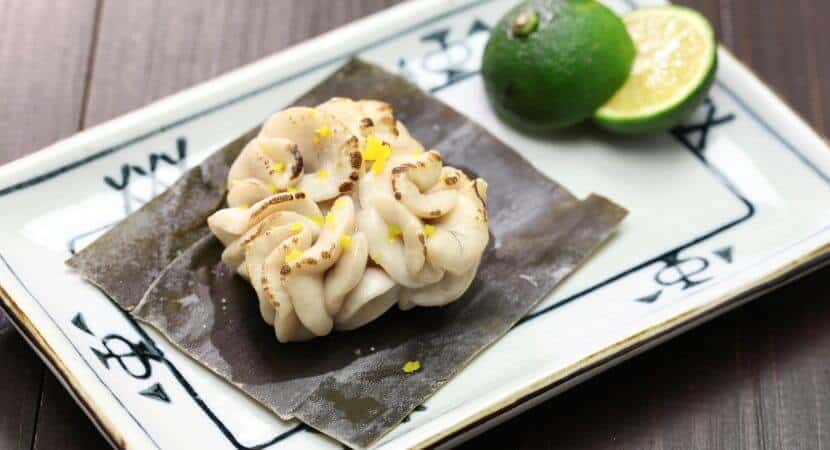 Here’s another adventure from Japan.  Grab some popcorn, a cold one, and let’s start reminiscing about my times in Japan..

If you read the title of today’s blog, then you obviously know what it’s going to be about…yep….food.

Now I consider myself pretty adventurous, especially when it comes to food.  I am willing to try just about anything at least once.  If there is a food that I don’t really like, I have a rule where I will try it at least 10 times before I say I hate it.  I figure if I don’t like it within 10 tries, it must be shit.  Then again, I never liked salmon…I tried it at least 20 times in every different form, but didn’t like it. However, just a few years ago, I started eating it and now I love it.

In my lifetime, I have tried some pretty unique foods to say the least.  While I was living in Japan a few years ago, one of my good friends came to visit me.  One day while he was here, we were looking for dinner.  He noticed that this restaurant serves both whale and horse.  So of course this peaked his interest.  Now I love whales, and horses, so I feel kind of bad when I tell the waitress I want an order of Free Willy and Seabiscuit.  Well, we order it anyway and  to my surprise, the horse and whale is served raw.  Well actually the whale was partially raw.  It was slightly cooked on the inside while completely raw in the middle.  We try the whale…my friend likes it.   I think it’s not good.  Not horrible, but not great in any way.

Now moving on to Mr. Ed.  But here’s the thing……a horse is a champion runner…pure muscle.  So you would think that horse meat would be super learn.  But it wasn’t!  It was super fatty!  I’m talking a 1000lbs obese horse fatty.  This thing hard more marbling than Kobe beef!  I wonder what part they get it from?  Anyway I liked it more than the whale, although it did have this herb, grassy aftertaste.

This reminds me of another interesting food I had while in Japan.  While I was staying with my host family in Japan, I got to eat a couple of things that surprised me.  The first was jellyfish.  I was excited about this one, because I always wanted to try it.  It’s actually kind of good.  The next thing I tried that surprised me was something called “shirako.”

Now I heard of this before, and I had a feeling I knew what this is.  My host mom said that it’s a delicacy, and it is super expensive.  So I tell my inner voice to shut up and grab one.  It’s white, and it’s a sack looking meatball that looks like brains.  But fuck it.  I pop that bad boy in my mouth and it bursts all over the inside of my mouth.  It is super creamy.  I mean really creamy.  Just like I’m licking the backside of an ice cream cone creamy.  Although the more I chew (or swish) it, the more I can taste a slight hint of something fishy.

And that’s when I knew…..I was right to have suspicions about this.  This food I had swimming around in my mouth was fucking FISH SPERM.  That made it pretty hard to “swallow.”

Since then, I’ve had it several more times.  To be honest, I still can’t say I like it, but I can eat it if it’s presented to me.  So if you are ever in Japan and have the chance to chow down on some fish sperm, I say go for it!

What was the most interesting thing you’ve eaten before?  Leave a comment below and let us know!