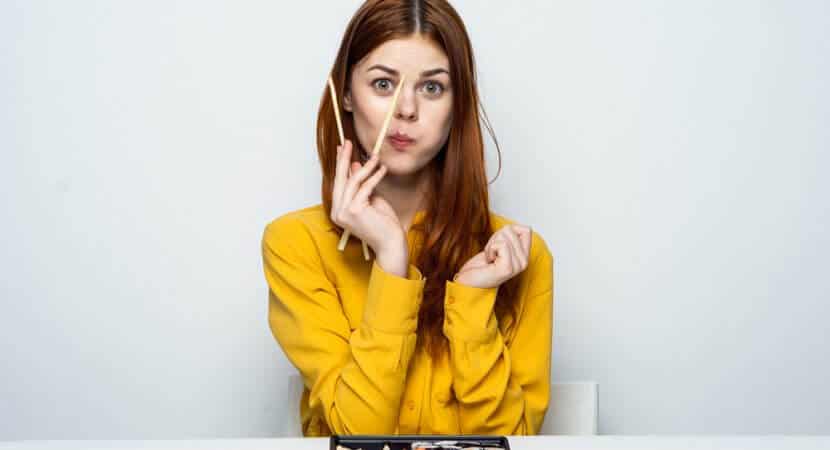 Japan has long been a place idolized by outsiders, and rightly so. It’s the country where trains run on time to the minute (take note, Western cities- yes, you, New York City), where vending machines can conveniently be found in the middle of rice fields (this is true), and where a wealth of fascinating history and culture awaits to be explored. It’s only natural that such a place would draw the interest of people from all over the world.

But what’s it really like to experience everyday life as a foreigner in a country like Japan? Is it as perfect as one might make it out to be, daydreaming during their Japanese classes of temples, endless ramen, and karaoke? Well, the answer is yes.

And it’s also no.

Just like any other country, Japan is a country of positives and negatives. So come this way as I pop your fantasy bubble, and we can all hold hands and shed tears into our bowls of soba noodles together.  Here are the pros vs cons of living in Japan as a foreigner.

Pro:  Everyone Will Compliment You on How Good Your Japanese Is!

Con:  Everyone Will Compliment You on How Good Your Japanese Is.

Allow me to explain.

If you’re a traveler in Japan and don’t know a whole lot of Japanese, getting complimented on how well you can say “Konnichiwa!” or how smoothly you can introduce yourself will feel like a win. Afterall, you don’t know much about the language, so it is a nice way to be appreciated for your effort to learn a country’s native language.

However, let’s say you’re like many foreigners in Japan and have studied the language for years, and have gone well beyond self-introductions. Being complimented for being able to convey very basic things can feel…well…slightly insulting.

You can sing Utada Hikaru songs fluently in karaoke bars, damnit! You got a 4.0 in your advanced Japanese classes! You can dissect a Haruki Murakami novel like you were decoding the Rosetta Stone!

But! Don’t be insulted, dear reader. Compliments on your language skills, I believe, are never intended to be injurious. Take it with a gracious smile and blow them away even more with those skills you’ve honed in all of your hours of study, like a true Nihongo-ninja…samurai…person.

Pro:  Everyone Will Look at You!

Con:  Everyone Will Look at You.

Are you sensing a pattern here? A double-edged-sword-shaped pattern, perhaps? Yes, I am indeed getting at the fact that the good things about the wonderful country of Japan can, in fact, become the negative things about it.

As a foreigner, you may be stared at for strangely long lengths of time, and that, my sweet friend, is because you’re sticking out like a nail. There is literally a Japanese proverb that says “The nail that sticks out gets hammered down”.

I’m tall for a girl (5’8’’), blonde, fair-skinned, and I’ve inherited the blue eyes that run on my dad’s side of the family (THANKS, DAD). In other words, I’m a walking neon sign in Japan. Being looked at can be amusing at first, but being stared at due to your appearance, something that’s no fault of your own, can wear down on you. Fast.

I think that as a foreigner, this is just something you’re going to have to come to expect. Maybe not as much in larger cities where foreigners are a common sight, but definitely if you’re in the inaka (countryside) area of Japan. You may actually be the first foreigner a local has ever laid eyes on. Lucky you!

#3.  Amazing Toilets…and a Hole in the Ground

Pro:  Japan Has the Most Advanced Toilet Technology in the World

My life is divided into two distinct halves: my life before I ever used a heated toilet, and my life after. You may not think you’re someone who would ever care whether or not your toilet seat is heated, but that only tells me that you’ve not had the pleasure of sitting on one yet.

Although there are too many toilet gadgets to explore here, suffice to say that if you enjoy a clean, washed bum and music playing while you do your business, you will fall in love with Japanese toilets.

They’re waiting for you!

Now, if you’re new to the country of Japan, you may be surprised to find that many public bathrooms don’t provide paper towels to dry your hands with. Yes, that’s right, the island that has toilets that look like they’re from the future will sometimes not provide a way for you to dry your hands. But at least you’ll have a warm bottom!

Tip: always have a little towel on hand with you. They sell them everywhere at places like the 100 yen store (the equivalent of a dollar store).

Some public bathrooms will also have the traditional Japanese style toilet, which is a long porcelain bowl in the ground you get to squat over. I hope you have strong thighs! Bonus points: these restrooms often don’t come with toilet paper (!).

Tip: snag a pack of tissues that you may see being handed out in busy areas. Companies promote their services on the packs. Sneaky! But so smart. And now you have toilet paper.

If you’ve watched any anime or Japanese film ever, there’s a 99% chance that you’ve heard people cheering others on with a hearty “Gambatte, ne!” or possibly “Gambare~!” This translates to “Good luck!” or “Keep going!” Honestly, I find it to be very sweet. It evokes a feeling of being supported and conveys a determined, fighting spirit that is very Japanese.

Japan is a country full of upbeat, cheerful images everywhere you look.

On trains, colorful signs gently remind you to be mindful of others and to not talk loudly on the phone. Towns have actual mascots that you can visit with and get pictures of. Happy, adorable, cheerful public figures that exist mainly to rally the locals and bring joy to all! I think NYC’s mascot would be pizza rat smoking a joint on St. Mark’s Place.

So many things in Japan and the people in it can seem so cheerful and encouraging; the feeling that you’re being cheered on and looked out for is intoxicating. It’s a level of cuteness and optimism unmatched. Who wouldn’t like that?

But you know how sometimes the thing you love about a person at the start of a relationship ends up being the thing that drives you crazy down the road? Well…

Is your health in jeopardy from working punishing overtime at your Japanese company? Gambatte! Are you tired of seeing men on the train openly read incredibly pervy, tentacle manga while no one seems to mind? Well, that’s how it is here and there’s not much to do about it, gambatte, ne!

You got placed a 30-minute bike ride away from your nearest train station for your English teaching program and have to gamble your life on a dangerous road filled with semi-trucks whenever you need to go somewhere (what? That’s not exactly what I went through, I’m just thinking of random examples here).

With a cheerful attitude about so many things, that same outlook can unfortunately seep into things you may feel it shouldn’t be allowed to. The positive, you-can-do-it attitude can be very frustrating in situations where you might want a more proactive stance to be taken or for a change to be made. This may be the thing I struggled with most as a foreigner living in Japan.

But don’t worry! There’s always karaoke and all the Asahi beer you could ever hope for waiting for you to help you let off some steam.

#5.  You’ll be an Appreciated “Outsider”

Pro:  You Will Be Greatly Appreciated as a Foreigner in Japan

Whenever I told someone in Japan why I got into learning Japanese (I loved anime and old Japanese films and started teaching myself the language in high school), I was always met with astonished, impressed faces.

Now, how genuinely impressed they were with me being an anime nerd and a film snob, I’ll never truly know. But I like to think that there was a part of them that was sincerely blown away that a dorky kid from the middle of America would go to such lengths to learn a language so different from her own.

Any Japanese person that I ever spoke with about the reasons I adored their country only ever returned my ramblings with appreciative nods and enthusiasm. It’s so great that you know all of those kanji! Wow, you must’ve really practiced hard at learning how to use chopsticks (cringe)! Wow, foreigners look so good in kimono, I didn’t think they would (cringe again)!

So yes, you will be met with much appreciation as someone who has come to love a country so openly and with such fervor.

However…(and I think you can guess where this is going…)

Con:  You Are Always Going to Be Seen as a Foreigner in Japan

Now, look, before you despair and throw your hands up in the air to wash your hands of a country that wouldn’t be 100% open-minded to gaijin (outsiders) and throw words like “racist” around, that’s not where I’m getting with this.

Especially with the younger generations, I believe the “us vs. them” mentality is diminishing. Interracial couples and children of mixed races have increased over the last several decades in Japan. This, naturally, is a primer to becoming a more diverse, open-minded country.

However, as I mentioned before, Japan is a country of contrast: it’s all at once a nation with some of the most advanced technology in the world and yet they still can’t seem to get the hang of central heating (a story for another time).

It’s a country that was isolated with its borders closed to the outside world (for the most part) for hundreds of years until the late 19th century. It only ever knew its own ways, its own ideas and ways of thinking for so long, it’s only natural that it would take time for some, er, ways of thinking to dissolve (i.e. ideas of what foreigners might be like).

But, for as many instances where I felt that I was being judged a certain way just for being a foreigner, there are twice as many where I was treated with respect and kindness regardless of being one.

Is Japan Worth Living In?

Japan is a country of contradictions. It’s a country like any other- all types of people live there, and there are ups and downs to experiencing daily life as a foreigner. It’s a land entrenched in beauty and history, a place of modern technology and increasingly forward-thinking ways. Might you stumble upon frustrating things while living there that make you want to pull your hair out? Yes.

Is it worth investing your precious time, energy, and heart into?