Home
Useful Japanese Lessons
What Is “さすが (Sasuga)” in Japanese? How Do You Use It? 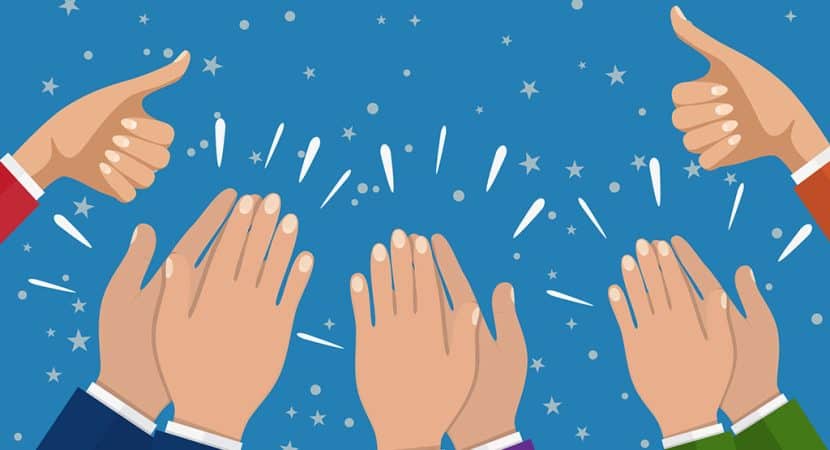 さすが (sasuga) has many uses in Japanese. It generally means:

さすが (sasuga) is an adverb used to express surprise and admiration for something we expected that then came true. It’s like saying, “I knew you would do it!” or “That’s my boy/girl/etc.” in English.

It is written in both hiragana and kanji – 流石 (sasuga). However, this kanji has a special reading. Usually, these two kanji characters are read differently. It is only when they are combined that they are read as “sasuga.”

Words That Are Similar to さすが (Sasuga)

How to Use さすが (Sasuga) in Japanese

In conversations, “さすが (sasuga)” expresses surprise and admiration for the other person. It feels like “that’s just like them (to do what they did)” in a good way.

For example, let’s say John is the smartest person in his school. When he finds out he got into a top university, people might congratulate him by saying, “Congratulations!  I knew you would do it!” Or they might say, “Just as I thought…you would get in without a hitch!”

Important!:  You should not use さすが (sasuga) to someone who is older or has a higher social status than you. Doing so could be considered rude or make it seem like you’re looking down on someone.

大介: さすが！
Daisuke: (Sasuga!)
Daisuke: I knew he would pass the exam!

What is さすがに (Sasuga Ni) in Japanese?

Adding the particle に (ni) to form さすがに (sasuga ni) gives this adverb a meaning of “naturally,” “as you would imagine,” or even “of course.”

It can be used with both positive and negative meanings. For negative sentences, さすがに is used to show that too much of a good thing can be bad.

2. 犬は大好きだけど、さすがに１０匹は飼えない。
(Inu wa daisuki dakedo, sasuga ni juppiki wa kaenai.)
I love dogs, but I can’t take care of 10 of them (as you would expect).

3. いくら彼と友達だからといっても、さすがにそれは言い過ぎだ。
(Ikura kare to tomodachi dakarato ittemo, sasuga ni sore wa iisugi da.)
Naturally, even if you are good friends with him, what you said took things too far.

What is さすがの (Sasuga No) in Japanese?

Using the particle の (no) to form さすがの (sasuga no) gives it a meaning of “even,” as in “even Einstein couldn’t solve this problem.” It is used to express the feeling that it is impossible for a person to succeed, even if they are brilliant or talented.

A common pattern to use さすがの (sasuga no) is:

1.  流石の彼も試験には受からなかった。
(Sasuga no kare mo shiken ni wa ukaranakatta.)
I heard that even he (who is super intelligent) could not pass the exam.

3.  さすがの彼もこんなには食べられない。
(Sasuga no kare mo konna ni wa taberarenai.)
Even he (who eats a lot) can’t eat this much.

やっぱり (yappari) or the more formal やはり (yahari), emphasizes a result that was as expected. You are not surprised when something happens because of your expectations.

さすが (sasuga) contains a feeling of surprise, admiration, guilt, etc. Even if you have expectations of something, you still feel surprised at the result.

Examples: As expected. Just as I thought.

3.  やはり体を動かすのは気持ちが良い。
(Yahari karada o ugokasu no wa kimochi ga yoi.)
As I expected, it feels good to get some exercise.

Examples: Upon considering something several times, the result remains the same.

1.  やはり明日は出かけないことにした。
(Yahari ashita wa dekakenai koto ni shita.)
(Even after I thought about it) I decided not to go out tomorrow.

1.  やはり明日は出かけないことにした。
(Yahari ashita wa dekakenai koto ni shita.)
(Even after I thought about it) I decided not to go out tomorrow.

さすがに明日は出かけない。
(Sasuga ni ashita wa dekakenai.)
There’s no way I would go out tomorrow. (Because I have a test, a typhoon is coming, etc.)

2.  やはり明日は仕事を休めない。
(Yahari ashita wa shigoto o yasumenai.)
I (thought about taking a day off, but as I already thought) can’t take a day off tomorrow.

さすがに明日は仕事を休めない。
(Sasuga ni ashita wa shigoto o yasumenai.)
Naturally, I can’t take a day off tomorrow. (Because tomorrow is the busiest day of the year, there’s an important meeting, etc.)

3. 中学卒業後は、やはり高校に進学する。
(Chūgaku sotsugyōgo wa yahari kōkō ni shingaku suru.)
After graduating from junior high school, (after thinking about it and coming to the same conclusion), I decided to attend high school.*

*Note:  In Japan, kids are not required to go to high school, even if they are under 18. They are only required to attend school until they graduate from junior high school.

**Note:  The particle でも (demo) in this sentence is very important. It works with さすがに to mean “even.” If you were to change this でも to the directional particle に (ni), the meaning of this sentence would completely change (see example below):

さすがに彼にこの問題は解けない。
(Sasuga ni kare ni kono mondai wa tokenai.)
(There’s no way) He can’t answer the question (as he is not smart).

Where Did さすが (Sasuga) Come From?

For most words in Japanese that have kanji, you can get an idea of what they mean by looking at the kanji characters.

However, some words like 流石 (sasuga) use characters that make it impossible to tell what it means just by looking at the kanji. “流” means “flow,” and “石” means “stone.” A flowing stone? What does that mean?

To know the origin of this word, さすが, we need to look back at Chinese history.

A long time ago, a man named 孫楚 (Sonso) lived in China. He was tired of his life, so he complained to one of his friends that he wanted to live a leisurely life.

His friend pointed out his mistake, but 孫楚 (Sonso) was very proud, so he made an excuse that he rinses his mouth with a stone to brush his teeth, and he uses the flow of the river as a pillow to wash his ears. His friend said it’s hard to believe it, but he made up the excuse so quickly that it might be true. His friend praised 孫楚 (Sonso). This is supposedly the origin of さすが (sasuga).

Yumi is a native speaker of Japanese. She is living in Kanagawa, Japan, raising her three kids. She studied English as an exchange student in Washington state for a year. The days she spent with her American friends are some of the greatest memories of her life.