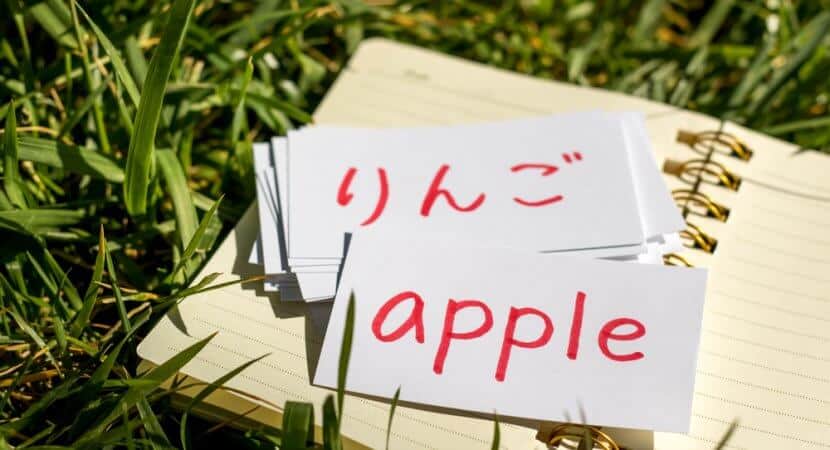 There is never truly an end to learning a language, and to me, that is precisely what makes it so exciting. You’re never done. There is always something new to learn, and you will always play the role of the student.

I was always that kid in class who loved coming back to school in the fall- I truly, sincerely just loved to learn. I didn’t care if that made me a nerd, and I didn’t care if other dopes in my class thought I was goofy for it.

My brain hummed whenever I was learning something I enjoyed (suffice it to say, not much humming was happening during my biology classes).

So when it came to learning a language like Japanese, my brain was operatic. It was so different and it was seemingly endless (if you’ve seen the list of standard kanji learned by all Japanese speakers, then you know this truth), and it was all before me, waiting to be explored.

Now, as romantic as that all sounds, it’s not easy committing yourself to learn a language. You’ll laugh, you’ll cry, you’ll lose (or gain) ten pounds. But I picked some helpful tools along the way that quelled the urge to pick up my Genki textbook and chuck it across the room.

I share with you the top 5 things I did to help myself learn Japanese.

Japanese TV & movies can be great for learning while having fun

With streaming services like Netflix and other online sites, the access you kids have now to Japanese programming is downright luxurious. That’s right, ya’ darn kids, in my day, we had to walk to the language lab on campus in two feet of snow just to watch NHK on a tiny TV monitor!

There really is a glorious amount of accessible Japanese shows and films being streamed, so there’s no excuse to not try to make this one of the main supplements to learning the language.

I used to buy DVDs online of my favorite Japanese dramas, watch them with English subtitles, and take notes on the Japanese I was hearing. I would then go back and watch that same scene without the subtitles, focusing only on what I was hearing. If there was an option to watch with Japanese subtitles, that was always super helpful, too.

Japanese DVDs with subtitles are great for practice too! – Ned Snowman / Shutterstock.com

Now, this type of practice may be for when you’re at a more intermediate level, but even at a very beginning level, I would recommend watching as much programming as you can get your hands on just for the sake of hearing the language. Especially with unscripted variety shows, you really get the sense of what the natural rhythms of every-day Japanese are (speed, intonation, etc.).

Watching films or scripted shows that take place in different parts of Japan is also beneficial since there’s a good chance you’ll get to hear dialects that are different than the standard Kanto dialect (the “Tokyo” dialect) you would learn in the classroom.

Watching tv shows and movies may also be a much-needed kick in the bum like it was for me. One minute, you think you’ve single-handedly mastered the language, the next, you watch five minutes of normal conversation occur on a variety show and think, “Great! I caught maybe 25% of what they said.”

Get those Netflix passwords out!

I never really realized how much music and lyrics could impress themselves onto your mind until I started listening to Japanese music. There are songs that I could listen to now, not having heard them in years, and still sing along to. This is just based on rote memorization and it being ingrained on my mind.

In my college years, I would print out the lyrics (nerd alert) to a popular Japanese song by a pop artist and study them. I’d re-write them, look up their meanings, sing along to them, and then immediately get a pillow thrown at me from across my dorm room from my grumpy roommate (and, in hindsight, rightly so).

Listening to my favorite Japanese songs, though, and studying the lyrics really allowed me to slow down the language. By that, I mean that I took my time in discovering the deeper meaning that the lyrics were trying to convey, and I was able to see how the language could be used poetically or to tell a story.

My lame dorm room sing-alongs paid off beautifully, though, and made for some pretty amazing karaoke nights. Trust me- it’s always worth it to be able to nail reading that Japanese on the screen and sing along at karaoke with your buds.

Now, I’ll admit, this was a lucky accident for me. I made a wonderful friend, whom I’m still in touch with today. We met at an arts camp, of all places.

He happened to be from Japan, and I told him that I was a fan of Sailor Moon (the nerd alert sirens are wailing), which I’d watched after school every day. He then started teaching me very basic Japanese phrases and words, which progressed throughout the summer.

And so, a Japanese kid at an arts camp learning how to be a music conductor taught the very basics of his language to a nerdy girl who was learning how to perform Shakespeare.

From that point on, I taught myself more Japanese in my high school years and went on to major in it in college. During those formative years, though, I kept in touch with my friend, and he’d help me practice my Japanese. He patiently listened as I nervously bumbled my way through getting my thoughts conveyed in a language still mostly foreign to me.

He was incredibly kind and thoughtful in his corrections, and I was grateful to have someone to test my Japanese on before making any other poor soul hear it.

Now, if you don’t have the means to make a buddy whose native language is Japanese, you’re in luck! The world we live in is a crazy place- you can go on pen pal apps or apps that target users who want to chat in a certain language and get linked up with someone from Japan to speak with.

Or, you could become an actual pen pal and write letters (you know, the ones you write with paper and pen) back and forth for practice.

Take advantage of the ability to connect with people who speak a language you’d like to learn, and maybe you could help them learn yours in return. Ah, and thus, the wheel of the world turns.

4. Lived in Japan/Did a Homestay

Now, I know that living in Japan may sound obvious. Of course, being immersed in the country of the language you’re trying to learn would be ideal. But it’s not always easy getting there, and this I know.

I had to take out big loans to study abroad for two summers in Japan during college (hello, debt!), and without them, I doubt I would have ever made it there.

But taking those loans out was worth it because the life experiences I had were truly priceless.

I did a homestay and lived with the same family both summers. It was a middle-aged couple whose daughter lived abroad in Sweden, so I became a pseudo-daughter of sorts for them, and they, in turn, became parents-away-from-home for me.

Their English was very limited, and during my first summer, I was only at Japanese level 2. Suffice it to say, there was a lot of gesturing and laughter that summer.

Living with my homestay parents allowed me to find my Japanese “voice”. By that, I mean that my Japanese finally started taking on my personality.

My host parents brought me out of my shell with humor and made me feel at ease, like I was truly part of their home. They allowed me to feel comfortable enough to express myself, language blunders and all, while gently helping me along the way.

During those summers abroad, I lived and commuted in a small city an hour north of Kyoto. Living in the country of Japan forces you to use everything you’ve ever learned in the classroom, while all at once making you throw it all out the window. Is that disheartening? Don’t be disheartened! It’s a good thing, I promise.

Yes, you’ll definitely apply what you’ve learned in all of your hours of study. But you’ll have to sharpen your improvisational skills, as well. You’ll have to constantly adapt to different situations and come up with creative ways to describe things using the Japanese you know.

But this is great! Living a daily life in Japan allows you to sharpen your mind and lets you get used to stepping out of your comfort zone.

The more challenges you face, the more experience you gain, and the closer you are to growing a long, white beard, dispersing all of your hard-earned wisdom to the younger generation.

Whether it’s manga, a big ole’ novel, or a newspaper, reading daily in Japanese will help keep your mind sharp and fresh.

With all of the kanji you learn over time, to me, it’s the best way to see them used in different words and contexts, and a really fun way to learn new vocabulary.

One of my favorite books of all time, Japanese or otherwise, is a book called “Kitchen,” by Banana Yoshimoto.

If you’re a 20-something year old girl waxing poetic over life and all of its pain and yet all of its beauty, get this book. If you’re not, that’s ok (and congratulations for being in a better emotional state than I was in for most of college), I still recommend this book.

I read “Kitchen” roughly three times before I studied abroad for my second summer (hi, more debt!) and we happened to translate the first chapter as part of a lesson in my level 4 Japanese class.

Oh boy, was I excited (the nerd alert sirens are exploding)!

Dissecting the first chapter of this most-loved (well, by me, anyway, the rest of my class was sort of over it) book was so helpful.

When you sit with a piece of writing, whether it’s a novel like “Kitchen” or even a newspaper, you can control your pacing and take your time poring over everything.

Also, don’t forget to read out loud! Find your voice! Treat the written word like gold and examine each piece of it.

Lastly, there is just some damn good Japanese literature out there. I recommend finding the English and the Japanese versions (some genius publishing companies have published short story collections with both language versions side by side) of books you’re interested in, and going from there.  There are also some online resources out there with awesome audio and video lessons that can help you to learn Japanese faster than traditional methods.

Happy trails and good luck on your Japanese journey!