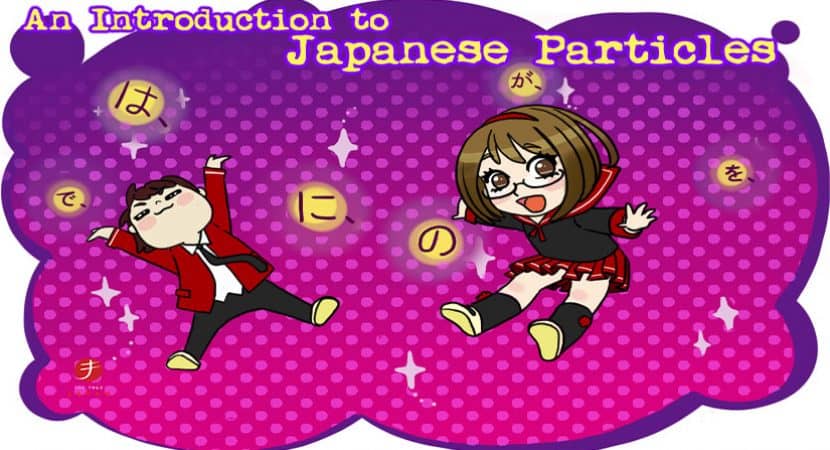 Japanese particles are among the most fascinating and important to your understanding of the language. Particles are suffixes – they attach themselves right after words (nouns, verbs, and adjectives) and phrases in the sentence.

When used as a particle, “は” is always read as “wa.” If you would like to know the history of why this is, check out the video below.

What does this mean? Let’s begin with an example sentence:

As I mentioned in the intro, particles are suffixes. They attach themselves after words and phrases it wants to affect.

The capital of the United States is Washington D.C.

In English sentences with a “noun + is” format, the topic is generally the word or phrase that comes before “is.”

In our example sentence, “The capital of the United States” is the topic of the sentence.

は (wa) Also Comes After the Topic of the Sentence

Using “The capital of the United States,” (アメリカの首都 in Japanese) the general sentence structure in Japanese will look like this:

What’s the difference? There’s a lot of differences between は and が, but let’s learn the basics first.

A General Concept You Can Use When Introducing New Information

While there are many differences between the nuances of using は (wa) or が (ga), a general rule is that you will use は (wa) whenever you are introducing new information to someone.

For example, if it’s your first day of work at a company in Japan, you will most likely have to give a self-introduction to your co-workers.  Since no one knows you yet, you will be talking about new information (in this case, about yourself).  Since you are introducing new information about yourself, you’ll use the particle は (wa).

Also, while this doesn’t work for all cases, you may notice that は is often used for nouns or adjectives that describe the topic, while が can be often seen with verbs.

What makes this difficult is the location where you use は (wa) or が (ga) is exactly the same. You can also use both for many situations.

Let’s take a look at some examples to help clear things up.

English Translation: Bob is a boy.

The sentence, “Bob is a boy,” will be expressed using は (wa) because “boy,” a noun, is being assigned to “Bob.”

“Bob is cool” will also be expressed using は (wa) because “cool” is an adjective and is being assigned to “Bob.”

This sentence will use が because “running,” a verb, is being assigned to “Bob.”

But there are always exceptions to this rule.

A Deeper Look Into は (wa) and が (ga): Nouns and Adjectives

The particles は (wa) and が (ga) also can be used to express exclusivity and contrast.

What Does That Mean?

A good way to think of は (wa) is with the translation “As for.”

As for Bob, he’s sleepy.

Or As for John, he’s smart.

This gives you the feeling that Bob is sleepy, but other people might not be.

For sentences where you describe something with a noun or adjective, は (wa) expresses contrast and が (ga) is used to express exclusivity.

Let’s look at some examples.

This phrase can either use は (wa) and が (ga). Let’s see the differences between the two.

The first sentence, ボブは社長です。(Bobu wa shachou desu.) conveys the idea that Bob is CEO, but so can other people be. Kind of like saying, “Bob is a CEO.”

The second sentence, ボブが社長です。(Bobu ga shachou desu.) conveys the idea that Bob is the CEO, and not anyone else. Kind of like saying, “Bob is the CEO.”

This is the same with adjectives as well.

The first sentence, ボブはかっこいいです。(Bobu wa kakkoii desu.) conveys the idea that Bob is cool, but so can other people be. Kind of like saying, “Bob is a cool guy.”

Just like with nouns, you can decide to use は (wa) instead of が (ga) when assigning a verb to the topic, you can express a subtly different nuance too.

Can be translated in two ways, using が (ga) and は (wa) respectively:

The first sentence, ボブが走っています。(Bobu ga hashitte imasu.) conveys the idea that Bob is running, and doesn’t really mean anything else.  “Bob is running.”

The second sentence, ボブは走っています。(Bobu wa hashitte imasu.) conveys the idea that Bob is running, but strongly implies others aren’t.  “As for Bob, he is running.”

The に (ni) particle allows us to label things in our sentences as locations. Specifically, に (ni) expresses locations which are destinations, and locations where things are at.

So sentences like, “I’m going to the supermarket,” and “My car is in Japan,” all use the location marker, に (ni).

As a suffix, you can immediately imagine where these particles end up in the sentence:

“I’m going to the supermarket” becomes:

“My car is in Japan” becomes:

へ (e) is like に (ni), but it expresses direction and not destinations.

This is a very subtle nuance, but it’s very important.

It’s the difference between saying, “I’m going to Japan” versus, “I’m headed to Japan.”

Just remember that へ (e) is focuses on the direction that something is moving towards.

5.  で (de): The Marker to Indicate the Location of an Action

So sentences like, “I will be shopping at the supermarket,” and “I will drive in Japan,” all use the location marker, で (de).

As a suffix, you can immediately imagine where these particles end up in the sentence:

English Sentence:  I will be shopping at the supermarket.

English Sentence:  I will drive in Japan.

I call を (wo, or o) the “being done to” marker because this particle marks what is being affected.

What was eaten? The cake was. The cake is the direct object of the verb eat (taberu), so we mark it with the を (wo) particle.

English Sentence:  I ate the cake.

English Sentence:  I ran a marathon.

But what about a sentence like, “I met him.” This is a perfectly valid answer to the question, “who did you meet?”

However, this sentence uses, に (ni).

English Sentence:  I met him.

Using を (wo) there would be very awkward here, as it implies that you are “using” the person you met like an object.

This is something Japanese people learn as they grow up around the language, but if I may, I’d like to add my interpretation of the grammar here.

When you meet someone and talk to them for the first time, it’s a bit nerve-wracking. It’s a bit fun and exciting, but is also a little scary. It’s an adventure. And adventures are something you go to (に). So this might be the Japanese language way of telling us, meeting people is an adventure.

Particles are wonderful pieces of the Japanese language that can when utilized correctly, amplify the effectiveness of your sentences significantly.

In this article, I briefly went over each particle. However, there’s enough information about particles for someone to dedicate their entire lives exploring their subtle nuances.

There’s even a 331-page book on the subject of the differences between は (wa) and が (ga).

If you have any questions or insights, please let us know in the comments below!