Home
Living in Japan
How to Find an Apartment in Japan 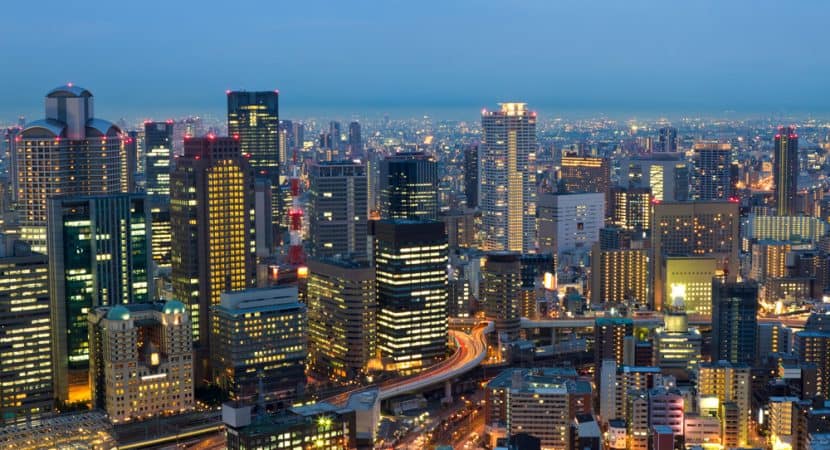 Looking for an apartment in Japan? Be prepared for a long and complicated process involving tons of paperwork. And, you’ll need quite a bit of money, too.

Even for Japanese people, moving is frustrating.The upfront costs are incredibly high and come with strange, outdated fees like “key money”.

But, if you’re a foreigner in Japan looking to rent, there are even more hurdles you’ll have to overcome. One of the toughest?  Some landlords simply don’t rent to foreigners.

Not being able to communicate due to a language barrier is the biggest reason, but sometimes, it’s none other than blatant prejudice towards non-Japanese people.

Lacking Japanese language abilities also makes it very difficult to go the typical route when it comes to searching for and renting an apartment.

But if you’re prepared enough, moving into your very own Japanese apartment can be an exciting experience. It just requires a bit of patience and a thick skin.

Here’s what you’ll need to do to find and rent an apartment in Japan:

The Price is Right:  What You Can Afford?

The first thing you’ll have to do before you even start looking, is to figure out if you have enough money to move.

In Japan, the upfront costs of moving are very, very high. There are so many initial fees to pay that the total cost could equal up to six month’s rent – and that’s simply to move in, as well as the first month’s rent!

On top of that, you’ll have to buy certain appliances (many apartments don’t often come furnished with fridges or washing machines).

Here’s a breakdown of the typical fees required to move into an apartment:

*What in the World Is Key Money?

Key money, also called “gift money”, is just that – a gift of money that you give to your landlord. It’s a baffling concept to those who aren’t used to it.

The practice of key money dates back to the Great Kanto Earthquake in 1923. In the aftermath of the disaster, many people were left homeless and desperate. In hopes of getting a leg up on their competition, people started giving gifts (in the form of money) to the landlord.

Another origin of key money is said to be during the post-war era of rapid economic growth in Japan. A lot of young people were moving out of their family homes and into the cities for school or work. Their parents would send along extra money to the landlord to say, “Please look out for our son/daughter.”

The practice continues today, even though times have changed – much to the frustration of renters. It’s possible to find places that don’t require key money, but many places still do.

**Do I Need a Guarantor?

Yup. In Japan, you’re required to have a guarantor (保証人, “hoshounin” in Japanese), or co-signer, to rent an apartment.

Typically, Japanese people will ask their parents or employers. Your guarantor needs to be someone who is a Japanese national.

If you don’t have a guarantor, you can use a guarantor company, but be prepared to pay about one month’s rent for their services.

Because so many people commute to work/school by train in Japan, apartment listings almost always include how many minutes it would take to walk to the closest train station,

But the shorter the distance it is, the higher the rent will be – especially if it’s a large, busy train station.

It’s often a choice between paying high rent to live super close to the station, or paying more in commuting fees, but paying cheaper rent by living farther away.

It’s important to think about your commute when considering an apartment in Japan. An easy, convenient commute will have a hugely positive impact on your happiness level.

Being too close to the train station, however, might have its own drawbacks. Train stations are usually surrounded by shops, restaurants, and bars, bringing large crowds, especially in bigger cities. Sometimes, it’s better to be a little farther away to get some peace and quiet.

The Lifestyle:  What Kind of Apartment Do You Want?

To read a Japanese apartment listing, you’ll need to know what the abbreviations mean in apartment layouts:

Other Things to Keep in Mind When Choosing an Apartment

Do You Have Pets?

Having pets will significantly narrow down your choices.

What Kind of Bathroom Do You Want?

A lot of the cheaper studio apartments in Japan have unit baths, which means that the toilet, sink and bathtub are all in the same small room.

If you want the toilet to be separate from the rest of the bathroom, you’ll have to let your agent know. Otherwise, you’ll be seeing a lot of unit baths.

Keep in mind that most apartment bathrooms run on the small side.  Bigger bathrooms are usually found in newer buildings or apartments that are higher in rent.

What Kind of Amenities Are You Looking for in an Apartment Building?

Amenities include stuff like auto-lock entry into the building, having an on-site building manager, a garbage disposal room, a package delivery storage room, and bicycle/car parking. The nicer the apartment building, the more amenities you’ll have.

Now that you’ve got the money, you’ve figured out where you want to live, and you know what kind of apartment you’d like, it’s time to find a real estate agent.

In Japan, you almost always have to go through a real estate agent to find and rent an apartment.

The agent will handle all communications between you and the landlord. It’s really important to choose someone you trust and who will work hard on your behalf to find and secure your apartment.

Some agencies are nationwide, while others are area-specific. If you know what neighborhood you’d like to live in, you should go to an office in that area.

Once you’ve described what kind of apartment you are looking for, the agent will begin to show you properties that best match your requests. Often, they will take you to look at apartments right away.

If you don’t speak Japanese, you’ll have to bring along someone who does.

There are websites for foreigners that allow you to search for apartments and contact agents in English.

Leopalace 21 – This might be one of the biggest “foreign-friendly” companies that can help you find a place to live.  They have a full English website with details and images of the properties you can rent.  They even offer services for international students, and even have monthly contacts (as opposed to yearly contracts which many places have).

The apartments vary by property, but they are usually small, but are clean. Another advantage of Leopalace properties is that some of their monthly rental apartments come furnished with basic furniture and electric appliances.

*Remember:  As previously stated, it can be very difficult to find an apartment in Japan simply because you are a foreigner. This is especially true if you’re in a rural area.

But there are more options available now than ever before, so keep your head up and keep on searching.  There’s a good chance you can find a place to rent unless you are in a very remote area of Japan.

Why Is It so Hard for Foreigners to Find An Apartment in Japan?

Japanese landlords are notorious for not renting to foreigners, the main reason being communication issues. Most landlords don’t speak English, or aren’t comfortable doing so.

Landlords also worry that foreigners won’t follow Japanese customs, like taking off their shoes before entering an apartment, or throwing away garbage properly.

There are also concerns that foreigners will up and move in emergency situations without warning and without paying rent. For example, after the Tohoku Earthquake of 2011, many foreigners left Japan to return to their own countries, leaving landlords high and dry.

For whatever reason, there is a lot of prejudice against foreigners when it comes to renting apartments, which is unfortunate.

Preparing Documents and Filling Out the Paperwork

Once you’ve found the perfect apartment, it’s time to secure it. You may need the following documents to apply for an apartment:

*Note:  This list doesn’t apply to every apartment, landlord, or real estate company.  The required documents you need will vary by the property or company that you go through to rent the apartment.  There are many companies that don’t require many of the documents listed on this list.  However, there are other companies that might request other documents that are not included on this list.  Just confirm the exact documents you need with the landlord or company you will be dealing with.

Filling Out the Paperwork

Next, it’s time to start filling out a whole bunch of paperwork. The agent will walk you through the entire process, but again, if you don’t speak Japanese, you’ll have to bring along someone who does.

Once you get an apartment, it’s important to know that it can take 2-3 weeks just to process the paperwork, etc., so plan accordingly.

Finding an Apartment in Japan:  Words to Know

Finding Places to Live in Japan:  Getting Cheaper and Easier?

Renting an apartment in Japan is never easy for anybody, including Japanese people, with the main reason being the crazy high costs of moving.

There is hope, however.  In recent years, the number of apartments that don’t require key money has increased. People are frustrated with the outdated practice, and with the rental market leaning more and more towards the tenant’s favor, it’s only a matter of time before key money is gone altogether.

While finding rental listings in English is still not common everywhere in Japan, there are still a lot of options available.  In fact, there are more English speaking agents and websites in English now than ever before.

As a foreigner in Japan, trying to rent is even more difficult – it can sometimes feel impossible!

Being rejected for an apartment simply because you’re not Japanese feels like blatant racism to most of us, but for Japanese landlords, it’s more about not being able to communicate with the tenant. But this is assuming, of course, that no foreigners speak Japanese!

It’s about time Japan did away with the prevalent discrimination among property owners and real estate agents. In this global age, it only harms Japan’s reputation and economy to turn away people based on nationality/race.

For now, sadly, there are seemingly endless hurdles to overcome when renting an apartment in Japan if you are a foreigner.

But if you’re armed with the right information, enough money, and Japanese language skills (either yours or someone else’s), it can be done.

Buy curtains before you spend your first night in your new apartment. I can tell you from personal experience that it’s much more comfortable if you’re not on display for all your new neighbors to see!