Home
Useful Japanese Lessons
How to Say Hello in Japanese 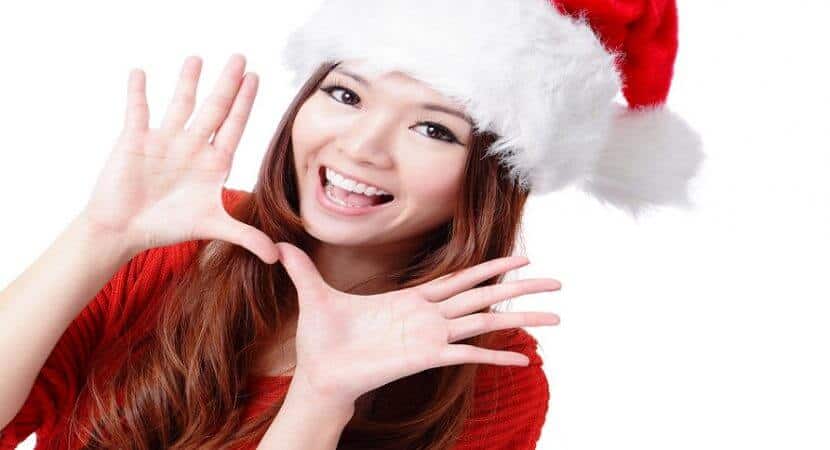 While the word “konnichiwa” is often translated as a basic “hello” in English, it doesn’t work in all situations.  If you want to learn how to say hello in Japanese the right way, this guide will teach you everything you need to know.

In Japanese, there is no one word that can be used to say hello in every situation .  The way you say hello in Japanese depends on how formal the situation is, the status of the person you’re speaking too, and the time of the day.

This may sound confusing, but it’s actually pretty easy.  So let’s get right to it and learn some Japanese!

“Ohayou gozaimasu” is the standard, formal way to say hello in the morning. This phrase can be used anytime in the early morning till about 12:00 in the afternoon.

Ohayou gozaimasu is used when you want to be polite, or if the person you are speaking to has a “higher status” than you.  This means you’ll use this phrase with your boss, your teacher, senpai (someone of higher seniority than you) or your customers (since customers in Japan are treated like royalty).

You’ll also use this phrase with people you are meeting for the first time, or people that you don’t have a close relationship with.  So if you have co-workers, neighbors, or even friends that you’re not close with, you’ll usually greet them with an ohayou gozaimasu.

If you’re greeting a friend, you can drop the “gozaimasu” and just simply say “ohayou”.

“Gozaimasu” is added to certain Japanese phrases to make the sentence more polite and formal.  In general, the longer the greeting, the more formal it usually is.

Be sure that you don’t say the casual, “ohayou” to your boss, teacher, customer, or even to strangers, as this would be considered rude and disrespectful. However, it’s acceptable for your teacher, boss, or someone of higher status to say “ohayou” to you.

If you’re ever in doubt, use “ohayou gozaimasu” to be polite.

Here is a short dialogue of how a student would greet his teacher in the morning:

Tanaka (teacher): Morning, Akira-kun. Did you do your homework?

*Interesting Side Note:  In Japan, you might hear people greeting each other with an “ohayou gozaimasu” even when it’s in the late afternoon or evening.

This is usually used when people get together to do some kind of work together.  Saying “ohayou gozaimasu” as a greeting in this situation emphasizes that it’s the “start of the day” or “we are about to start our work for the day.”

That’s why you’ll hear this used by people in sports, dance, or exercise clubs when they greet each other before they start practice together.  It’s also commonly used by people who work on a project or job together. Saying “ohayou gozaimasu” to greet your co-worker/partner in this situation is totally okay, even if it’s not in the morning.

Konnichiwa means “good day” or “good afternoon,” and is also your generic Japanese hello. It works in any setting, both formal and informal. You can use this greeting during the afternoon, from around 12pm to 5pm or so.

However, it’s common to hear people saying “konnichiwa” in the later part of the morning as well.  Just like in English, there’s not an exact time in the day where you have to switch from saying good morning to good afternoon.  As long as you’re not using konnichiwa in the early morning or at night, you’ll be fine.

Some of you might be wondering why konnichiwa is written in hiragana as 「こんにちは」 instead of「こんにちわ」.  Konnichiwa was actually once part of a complete sentence that has been gradually shortened over the years.   Many years ago, people would greet each other in this manner:

Literally, “This day is good weather, isn’t it?”

Looking at the complete sentence above, the 「は」in「こんにち は」was used a particle.

As general rule for Japanese pronunciation, はis pronounced as “wa” when used in a sentence as a particle.

Over the years, this greeting was shortened to just こんにちは.

This is the reason why こんにちは is pronounced as konnichi wa instead of konnichi ha, but is spelled using the hiragana “は.“

Here’s an example of two elderly neighbors greeting each other in a convenience store:

Tanaka: Hello! How was your trip?

Suzuki: Oh, hello! It was fun!

The expression “konbanwa” means “good evening” in Japanese.  So you’ll use this when greeting people at night.

Just like konnichiwa, konbanwa is a generic greeting that can be used in formal or informal situations. The “wa” is also spelled using the “は” character, just like in konnichi wa. The only difference is the use of ban (evening) instead of nichi (day).

For instance, here’s a sample conversation between two business men in an izakaya (Japanese-style pub):

Using these time specific greetings are the key to making your Japanese sound natural.

If you want a more casual way to say “konnichiwa,” here are some ways to say hello that aren’t used that often, but are still useful to know.

If you ever took a Japanese class, you might have learned that “doumo” means “very.”  So how is this a greeting?

Well just like “konnichiwa” and “konbanwa,” “doumo” also came from a longer phrase used to greet people.  This was eventually shortened to “doumo.”

It is a very casual way to say hi.  In fact, it’s not even a way to greet someone.  It’s used to acknowledge someone’s presence more than giving them a warm greeting.

There are two types of people that come to mind who would use “doumo” as a way to say hi to someone.

The first is someone who doesn’t really like talking, or doesn’t want to talk.  So if you give someone an energetic “konnichiwa!” and they respond with a low energy “ahh…. doumo,” that might be a hint that they aren’t looking to start up a conversation about the meaning of life.

The second type of person who uses “doumo” as a greeting is someone who is trying to act cool.  For example, in English, we might say something like, “it’s a pleasure to meet you” when meeting someone for the first time.  Saying “doumo” in response to this is the English equivalent of saying “oh hey, sup?”

If you go to Japan and want to be cool when you meet new people, I highly recommend you use the formal expressions above.  Those expressions will make a good impression with people, but saying a casual expression like “doumo,” will not.

“Yaa” is a word that means “hi” but isn’t really used in daily conversation.  It might be used by some people in certain areas of Japan, but it’s somewhat rare.

It can be used by both men and women, but some Japanese people have told me that they picture an old “grandpa” type of man saying this phrase.

I’ve had a few younger girls say “yaa” to me before, but out of all years I’ve lived in Japan, I’ve only heard it two or three times.

For the sake of completion, let’s take a look at a sample conversation:

Kenji: Hi there! What’s up?

Japan is the land of cuteness. This “kawaii” (adorable, or cute) trend plays a prominent role in Japanese pop culture, and as such can be heard in a lot of their words and expressions. Of course, our list wouldn’t be complete without this kawaii expression.

“Yahho-” is generally used by younger girls to say hi in an informal, cute and friendly tone. If you are an anime fan, you might often hear teenage girls say this a lot.

You might also hear yahho being used in a totally different context if you’re into mountain climbing. If you’re in a valley, don’t be surprised when you hear some Japanese mountain climbers shouting yahhooo at the top of their lungs. Yahho is the Japanese go-to word when trying to produce an echo.

Going back to our girlish and cutie yahho expression, here’s a short dialogue of how a high school girl might use yahho to say greet her classmate:

Mai: Hi! Kenji, where are you heading?

Kenji: I’m off to play soccer.

“You” is an extremely casual greeting among young men. Reserve this one for your friends and family, otherwise you might receive some weird reactions. It is the equivalent saying, “hey.”  Use this expression only with your close friends and family since it might sound impolite and rude if you say it to people you don’t know well.

Here’s an example of two college guys greeting each other in a pachinko parlor:

Akira: Hey, did you win?

Another slang Japanese greeting would be “ossu“. Note that the “u” at the end of this word is silent, following the Japanese pronunciation rule that “u” is silent, or pronounced very slightly, if it’s in the ending of a word.

The origin of this expression was actually strictly formal, as it was used as a military greeting. Ossu exudes a forceful assertiveness and masculinity. Thus, this rough expression is generally used by men to greet their fellow male friends.

Nowadays, it casually means “what’s up?” among young people. This expression is not really used by many people, so it definitely would impress your Japanese male friends if you greet them with ossu.

Here are our two classmates, meeting again in school after their summer vacation:

Kenji: Hey, how are you?

“Moshi moshi” is the greeting Japanese people use when answering the telephone. The other usage for moshi moshi is when you cannot hear the other person on the line after a long pause or a choppy signal: Moshi moshi? (Hello, are you still there?). Other than in phone conversations, you probably won’t use this line in any other situations.

Here is an example of a phone dialogue between a mother and son:

While some of these greetings might be confusing for people new to Japanese, the most important thing is to give them a try.  With some practice, you will be able to greet your friends, superiors, business associates, or even strangers with confidence in Japanese.  If you want to learn more natural Japanese, I highly recommend the lessons on Japanesepod101.

Have you heard other ways to say hello in Japanese that’s not on this list? Leave us a comment and let us know all about it!