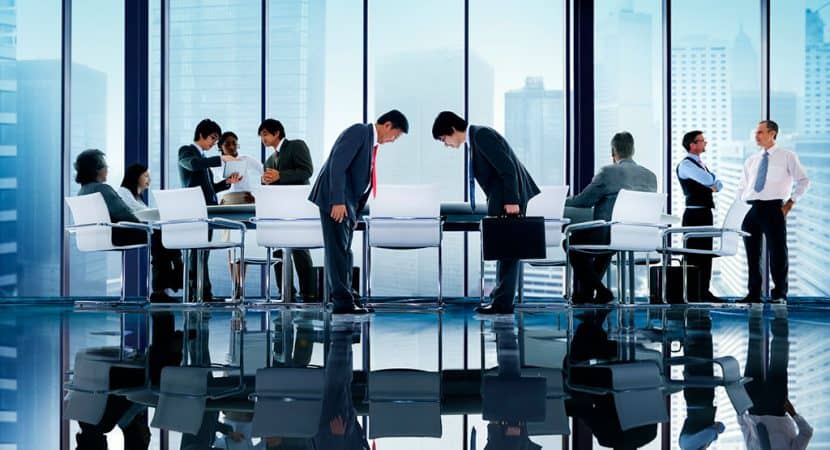 What are honorifics? Honorifics are words used to imply high status, politeness, or respect. The Japanese language has many different honorifics. One of the challenges Japanese language learners face is how to differentiate between the various honorifics depending on gender, social hierarchy, age, and other factors.

These Japanese honorifics are commonly used in Japanese daily life. Because of its importance, it’s essential to understand what each honorific means and how to use it when speaking Japanese.

さん (san) is the most common and universal honorific used among Japanese people. The use of さん is comparable to the use of Mr./Mrs. or sir/madam in the English language.

When さん (san) is used with a person’s name, it expresses politeness and can be used with any age group or gender. Since さん is not specific to a certain age, gender, or social status, it is used when you talk to strangers or acquaintances.

In addition to names, さん is also used to refer to some specialized shops and company names. For example, people might say “花屋さん (hana ya san),” meaning A flower shop + san or 本屋さん (hon ya san) for a bookstore.  However, keep in mind that you don’t say this for general stores like a supermarket, shopping mall.

For company names, adding さん is usually only done in business settings when speaking.  It is to show respect to the company or its employees.  For example, a businessman might say “ソニーさん (Sony san)” when talking about or refering to the company, their boss, or even any of  its employees.

Lastly, children might use さん with names of animals. For example, a child might say “ゾウさん” (zou san), which means elephant + san, comparable to “Mr. Elephant” in English.

Although it’s common and universal, people don’t usually use さん (san) for people close to them, such as family members or friends. さん (san) carries a meaning of politeness, creating a “psychological distance” in the relationship.

It would also sound silly if you used it to refer to yourself because people don’t express politeness and respect towards themselves in the Japanese language.

さま (sama) is another common and universal honorific used among Japanese people. The use of さま (sama) is similar to さん (san). It’s not age or gender-specific. The only difference between さま and さん is that さま is more formal and polite than さん. It’s used not only in business settings but also daily.

Some Japanese people don’t know that it’s incorrect to use さま (sama) after listing a company name. さま is a formal honorific suffix used to refer to one individual instead of a company as a whole.

Japanese people use さま in both speaking and writing. Frequently, in writing, さま is written as 様 (sama) in kanji. If it was written using hiragana (さま), it becomes less formal. 様 is preferred over さん in business emails and other types of formal communication.

さま (sama) is usually not an appropriate honorific to use with oneself, friends, family members, relatives, colleagues, or people you have already established daily close relationships with.

ちゃん (chan) is an informal and friendly honorific. It’s a cute, affectionate, and sometimes childish version of さん(san). It is used for babies, young children, girls, and occasionally female adults.

Additionally, ちゃん (chan) is often used for grandparents; おばあちゃん (obā chan) おじいちゃん (ojī chan). It’s not wrong to use さん instead of ちゃん for grandparents, but it’s more natural with ちゃん since they are part of the family.

People even use ちゃん to refer to some celebrities, such as female pop idols and female singers.

Additionally, names of animals can be combined with ちゃん to express affection, such as うさぎちゃん (usagi chan). Young children usually say this.

ちゃん should NOT be used in any professional setting, either in speaking or writing. A possible exception would be if two coworkers are close and use ちゃん to call each other’s names during their conversations.

Occasionally, people call themselves their name followed by ちゃん, such as えりちゃん(Eri chan), rather than using the first-person pronoun. It’s a bad habit that some children obtain when they constantly hear others calling their name with ちゃん in their childhood. As children grow older, referring to themself as chan should happen less and less.

くん (kun) is another informal and friendly honorific. Anyone can use it to talk to male children. It can also be used to refer to male teenagers and adolescents.

Although the use of くん is generally informal and used for boys, the rules are not as strict. The suffix can be used by seniors when referring to younger ones in an academic or work setting.

くん (kun) also can be used to refer to a female, depending on the situation. An older male of senior status might call young females employees くん. Also, male teachers can address their female students using くん. In these situations, くん is more friendly than さん(san) and a lot more formal than ちゃん (chan).

Just like with ちゃん, some boys grow up accustomed to people calling them by their name + くん. Some boys may imitate this instead of using the first-person pronoun.

1. (A senior employee to a younger employee named Tanaka) -「田中くん、これ印刷してくれる？」
(Tanaka kun kore insatsu shite kureru?)
“Hey Tanaka, can you print this out?”

呼び捨て (Yobisute) – Knowing When NOT to Use Honorific Titles With Someone.

呼び捨て (yobisute) means referring to someone with just their name, (either first or last name) with no honorific titles. Not using an honorific title implies friendliness and informality.

呼び捨て (yobisute) can be used between friends, family members, and others with whom you have close relationships.

If you are unsure whether or not you should use an honorific to refer your close friend, you could ask your friend if he or she feels comfortable being called by just their name with no honorifics.

In this section of the article, we will discuss other common honorific titles. That includes 先生(sensei), 先輩 (senpai), and 後輩(kouhai).

先生(sensei) means teacher, tutor, and doctor; therefore, it’s often used at schools and hospitals. The word 先生 describes someone who is an expert and has professional knowledge and skill. The honorific is usually followed by the person’s last name; 山田先生(Yamada sensei).

先生 (sensei) can even be used with some politicians and lawyers.

Similar to 先生(sensei), there is another honorific; 博士(hakase). 博士 also means someone who is an expert in a field. What differentiates 博士 from 先生 is that 博士 is more academic, like someone who has a doctoral degree and works at a university. 先生 is a lot more commonly used than 博士 for that reason.

The word 先輩 (senpai) means senior. When it’s used with a name to refer to someone, it implies that the person is older, is in a higher grade, or is more experienced. Using 先輩 as an honorific gives a sense of respect towards the person for having more experience and being older. Respecting your elders (even someone who is just one year older than you) is one of the core values in Japanese culture.

You can call people by either their first or last name, followed by 先輩 (senpai). Often, people use 先輩 at schools and in the workplace. You’ll hear students use it with their older schoolmates or workers to refer to people with more seniority than them.

You should not use this honorific for someone younger or in a lower grade, as it contradicts its meaning. Also, it would be weird to call a stranger who is older than you 先輩 (senpai) because although the person is older than you, you don’t have an established relationship with them.

The word 後輩(kōhai) means the opposite of 先輩 (senpai); one’s junior or a younger person. Just like with 先輩, you can often hear 後輩 being used in schools or the workplace. However, unlike 先輩, people don’t combine 後輩(kōhai) with first or last names. Instead, they use this word to describe someone younger or who has less seniority than them. It is never used to refer to someone directly. You would never say, “Hey kōhai!” as that would be considered very rude.

Honorific Titles in the Workplace

This section lists specific Japanese honorific titles that people use at the workplace.

These honorific titles that you hear at work are usually used with someone’s last name (Last name + 社長, 部長, etc.).

This section lists specific Japanese honorifics titles that people use at schools.

These honorific titles that you hear at schools can be used with someone’s last name (Last name + 校長先生, 副校長先生, etc.)

If a school has just one principal and one assistant principal, you can refer to them with just their honorific title (no name).

Honorific Titles For Your Family

This section lists specific Japanese honorific titles that people use for family members.

In most Japanese families, people use these honorific titles to refer to each other (no names, only the titles). However, there are two exceptions: You would never call your young sister 妹 (imōto) or your younger brother 弟 (otōto). This would sound weird, as these terms are only used to talk about younger siblings to a third party. If you have younger brothers or sisters, you would use 呼び捨て (yobisute), which means just calling them by their name without any title.

This section lists specific Japanese honorific titles that people use in politics.

Here are some older Japanese honorific titles that originated in Japanese history.

Other Useful Titles in Japanese

What did you think of these Japanese honorific titles? Although it might be overwhelming to remember all the titles mentioned in this article, the key is to be aware of the situation.

If you encounter a situation where you have no idea which title to use, using さん (san) would be a great idea.

I hope this article helps you! If you have any questions or comments, feel free to leave us a comment!

Momoko was born and raised in Fukui, Japan. She studied English in Tokyo and Cebu, Philippines, before coming to the United States in 2015, where she got her bachelor's degree in Athletic Training and master's in Teaching. During her 6 years living in America, she got married, welcomed a dog, and lives a peaceful existence in the midwest.