Home
Fun Stuff
The 10 Best Anime Movies Of All Time 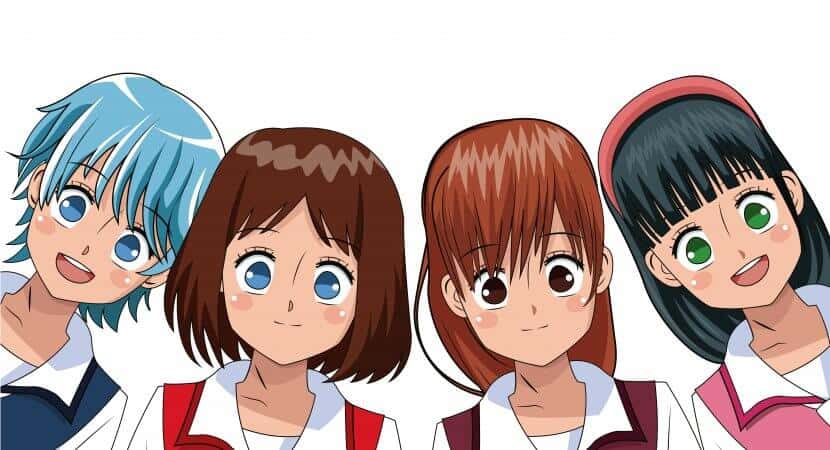 Anime has been a part of Japanese culture for much of its modern existence. There’s a good reason: anime teaches values (and let’s be honest…many anime are just fricken awesome). Many of these values are essential to the Japanese culture.

With anime movies, you can enjoy tales of friendship… frolic in the whimsy of childhood fantasy… and expand your mind with philosophical musings, social commentary, and reflections on the wonders of life. Anime films offer all this and more.

Anime films offer several advantages over the other forms of the art. Not everyone has time to watch full anime seasons. Some anime won’t work in an episodic format. Movies fill the gap. You can watch a great anime story in a few hours – without going on an all night, 15 episode binge.

Here is our list of the top 10 anime movies of all time.

Makoto is your average high school girl. Small mishaps follow her around like her shadow; she seems to have a knack for clumsiness. One day, a big mishap occurs: a train hits her when the brakes on her bike fail.

Surprisingly, Makoto finds herself shifted back to the time before her accident. Her aunt tells her she has the power of “time-leap,” allowing her to travel through time.

As she takes advantage of her new powers, she impacts everyone around her. When she travels through time for selfish purposes, unintended consequences occur.

Makato discovers she can only time-leap a limited number of times. She will lose her powers. Makoto realizes she’s working on borrowed time and needs to correct her mistakes soon.

The Girl Who Leapt Through Time is a fresh take on an old plot. Praised for the visuals and pace, it’s on par with other Studio Ghibli masterpieces. The main character is life-like and relatable. The high-quality graphics keep your eyes glued to every frame.

The film is a sensitive meditation on life. What would you do if you had a chance to go back in time and correct your mistakes?

Check out the trailer for this movie:

The Girl Who Leapt Through Time - Official Trailer

A boy named Sho feels depressed because of his mother’s absence. While waiting for an operation on his ailing heart, things keep disappearing. More and more items go missing… and then mysteriously come back.

Sho catches small people called “Borrowers” taking knick-knacks from the house. Among them is a girl named Arrietty.

As he befriends the tiny girl, he endangers the borrower’s lives. Normal humans might harm the borrowers if they knew about them, and they would be forced to move out.

The film is loosely based on Mary Norton’s book “The Borrowers.” Arrietty offers a perspective on the world as you’ve never seen before.

The special effects will stun you. They give the illusion of depth and feature crisp 3D-like animation on a 2D platform.

The Secret World of Arrietty offers a big message presented on a small scale.

Check out this video for a preview of this movie:

A revolutionary psychotherapy treatment has been invented. Its developer, Dr. Atsuko Chiba, uses it through a device called DC Mini. She illegally helps her psychiatry patients by entering their dreams. While in their dreams, she poses as her alter ego, Paprika.

There are two problems. First, the method is illegal. Second, the device has no restrictions on whose dreams it can access. Humanity will be in grave danger if the device falls into the wrong hands.

Paprika gets praise across the board for the story and the visuals. The plot is imaginative and enticing. The graphics are in a class of their own.

Paprika reaches the audience on a one on one level. You feel as if the film is sending a message directly to you. Paprika grabs your attention with mesmerizing graphics you can only call dream-like.

Watch the trailer for this movie here:

Takaki Tono is your average schoolboy. He befriends a transfer student named Akari Shinohara. Finding each other’s company a pleasure, they form a bond like no other.

A few years later, Akari transfers to a school in another city. They write letters to each other, but the distance between them causes them to drift apart.

More bad news comes: Takaki will move to a city even further away. They might never see each other again. Takaki decides once and for all to find his best friend and confess his feelings to her.

They eventually meet up again years later. Sort of. I don’t want to ruin the surprise by telling you more. You’ll thank me after you see it.

5 Centimeters per Second is a heartbreaking story. Each moment is a vignette of the sadness of falling in love and growing apart.

Every scene grabs you. As each minute goes by, the movie puts more and more of a stranglehold on your emotions. The painful story leaves a mark on your heart.

Check out this video for a preview of this touching movie:

This film is set in the olden days of Japan. Ashitaka, the Prince of Emishi village, defends his subjects from a corrupt boar god. He gets cursed as a result. We follow the prince as he sets off on a quest to remove the curse.

Advised to go west by the village wise woman, he seeks a great forest spirit. He gets caught in an unlikely war in the village he comes to stay in. The village was built by clearing the forest. Because of this, the forest gods are angry.

Leading the attack on the village is a girl riding a wolf named San. Ashitaka gets deeply entangled in the war once he decides to help San stay alive.

Check out the trailer here:

It’s 2019. Neo-Tokyo is on the brink of dystopia. The city’s torn apart by gang violence and government anti-terror activities.

Shotaro Kaneda and his best friend Tetsuo were in an accident. Tetsuo is discovered to have latent psychic abilities – like a deceased psychic named Akira.

Akira destroyed the original Tokyo in 1988 with his psychic powers. Because of his visions of the impending doom of Neo-Tokyo, Tetsuo has been marked for elimination.

Akira is a landmark film that helped spread anime’s popularity in the West. The film is a gory, captivating, and hair-raising experience.

Akira inspired many other dystopian sci-fi films. The chilling story and shocking visuals give the film a deathly, creepy feeling.

Check out the trailer to this old classic updated to 4K:

Major Motoko Kusanagi pursues a hacker named Puppet Master. The Major wades through hidden controversies and politics. He sees the real world hiding underneath the illusionary world everyone else gets lost in.

Ghost in the Shell is often called the most influential anime film of all time — with good reason. The story inspired many sci-fi films. They include the Matrix, AI: Artificial Intelligence, and James Cameron’s Avatar.

Don’t miss the dark and complex visuals. The film masterfully combines cel animation and CG animation without a single hitch.

Ghost in the Shell is analytical and smart. The film is a reflection on the meaning of reality and what it means to be free. It’s a philosophical experience you won’t soon forget.

Watch the trailer below to see what this movie is all about:

Mitsuha is a country girl tired of the life she leads. All she wants is to live in the sprawling city of Tokyo.

Her wish is granted, but with a twist: she swaps bodies with a Tokyo school boy named Taki. After the mishap, Mitsuha and Taki communicate through notes. They begin making changes in each other’s lives.

Everything eventually goes back to normal. The two have become attached to each other. Taki tries to find Mitsuha, but he doesn’t know where she lives…

Your Name is a beautiful coming of age love story between two people stuck in their own less than ideal worlds. Dramatic yet grounded, the film is the third largest grossing domestic film in Japan.

Your Name is a love story beyond the boundaries of culture. People the world over will have no trouble relating to the character’s struggles.

Check out the trailer for this movie:

Spirited Away is the story of Chihiro. She’s a 10-year-old girl who recently moved to a new neighborhood with her family. She accidentally accesses the spirit world and gets trapped there. A witch turns her parents into pigs.

She needs to free herself and her family from the machinations of the spirit world. She decides to temporary work for the witch while secretly trying to find a way out of the predicament.

Spirited Away  is the biggest domestic film in Japan.

Here’s the trailer for this classic movie:

My Neighbor Totoro is the story of two siblings, Satsuki and Mei. They live in an old house in the country. Their mother recovers from illness in a nearby hospital.

They befriend the friendly wood spirits who live in the empty house. Satsuki and Mei also meet Totoro, a huge cat-like spirit living in the large camphor tree outside the house. Together they learn more about the fantastical life of the creatures in their home.

My Neighbor Totoro is critically acclaimed worldwide. and is a cultural masterpiece for generations to come.

Both Spirited Away and My Neighbor Totoro are Miyazaki’s best films. Both show us his genius. The two movies are anime art in its highest form.

These beautiful films tackle the hard emotions of childhood and the realities of life. They’re simple enough for everyone to fall in love with, yet emotionally complex enough to stir the heart.

Check out this trailer of one of the most beloved anime of all time:

What Are Your Top Ten Anime Movies?

The top 10 best anime movies of all time are on the list for a reason. The movies exemplify what’s beautiful, what’s real, and what’s true. The high production values shine through. They play on our emotions like no other films can.

In our opinion, these are the best of the best. Did we miss something you think should be on the list? Tell us in the comments.

Don’t forget to share this article with your friends. You might just find your next great film to watch on movie night! 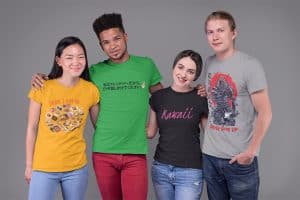 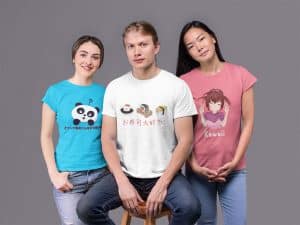