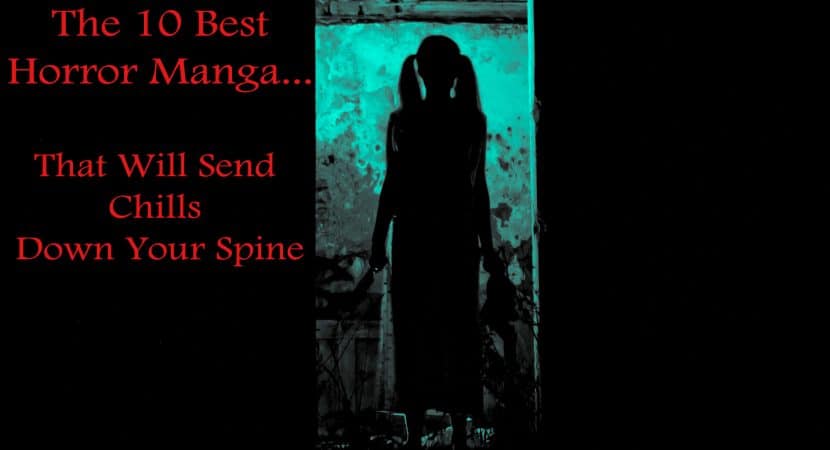 While browsing your usual shonen, isekai, or slice of life fare, you often find yourself trailing off from the lack of action.

If you’re looking for more edge-of-your-seat reads, consider picking up a horror manga, for a change. It’s the perfect palate cleanser if you’ve been chewing on epic tales of super-powered teens for quite some time now.

Don’t know where to start?

We’ve compiled a list of the 10 of the scariest horror manga to sink your teeth into. But before you start, you might want to turn the lights on first. 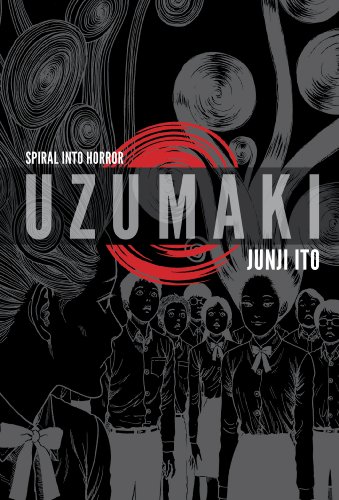 Ah, spirals. Their intricate patterns seem to draw you in, but there’s nothing scary about them, right?

Wrong! Or at least that’s what creator Ito Junji wants us to think with this mind-bending, often visually-intimidating tale. Uzumaki, or “spiral” in English, takes you to Kurouzu-cho, a town plagued by supernatural events related to spirals. You see a mix of people living in fear of spirals and some obsessed or even possessed by it.

Imagine living in a place where you can’t trust anything you see. Your friend’s perfectly curly hair could be a conscious entity that can kill them any minute or that spiral pattern in the wall could be a vortex to another dimension.

If this is your first foray into horror manga, you’ll surely get taken aback by some disturbing visuals. Body parts transform into grotesque spirals, a boy morphing into a snail, getting swallowed up by spiral earth pits—all these drawn intricately to make every hair on your body stand.

Check out all 3 volumes on Amazon here:  Uzumaki (3-in-1 Deluxe Edition) (Junji Ito) 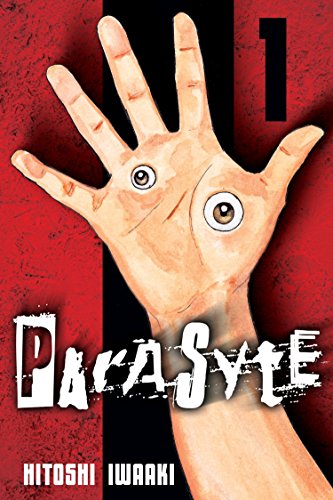 Yup, Parasyte has all the elements of a good horror series, even back in the late 1980s, when it was first released. Add in a generous serving of blood and gore, and you have a perfect recipe for long, sleepless nights.

And no, this manga isn’t just your run-of-the-mill short horror series. It was published from 1989 to 1995 and has a good, solid story and decent characters. Imagine a typical alien invasion scenario, but instead of the googly-eyed naked Martians, you get murderous parasitic worms that crawl into the body’s orifices and target the brain.

They could be with us right now; we just don’t know who they are just yet!

Oh, and did I forget to mention that they have a taste for human flesh? Not 100% sure about that, but they do have a habit of chomping off their unsuspecting victims’ heads.

Check out the first volume on Amazon here:   Parasyte Volume 1 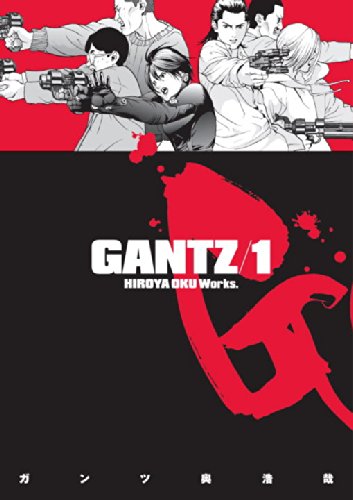 Picture this: you died trying to save someone, only to wake up in a room with 10 other people, apparently after getting resurrected by a black ball. The mysterious ball then tells you to suit up, get armed with futuristic weapons, and start killing rogue alien life forms loitering your world.

Survive, and you get to live another day, or at least until you get your next mission. If you run away or get killed, it’s game over. Permanently.

If that sounds confusing enough for you, that’s probably what you’ll feel reading the first few chapters of Gantz. It tries to meld the several tropes into one cohesive story, and the result could be confusing and a bit of stretch, even for a fictional story.

But once you get over this hump, your patience will be rewarded with a satisfying futuristic horror story that’s rare even for this genre. The monsters you saw in the early chapters? They’re small fries compared to what you’ll get at the end! 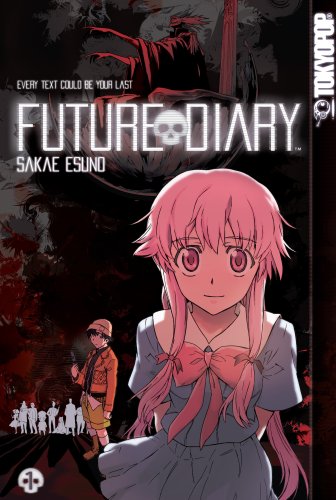 Everybody loves Battle Royale-style manga, pitting young teenagers against each other in a fight-for-your-life, winner-takes-all storyline. That level of cruelty alone is enough to be considered a horror story, but Future Diary takes your Lord of the Flies to 11.

Here, you have highschoolers equipped with a future diary, a device that can predict the future up to 90 days. You have to eliminate other diary holders so that you can get god-like powers. Oh, and you need to do this, or else the world will end. Pretty messed up, right?

But that’s not all!

The main character, a future diary holder, gets stalked and protected by a psychopathic classmate who’s obsessed with him because of a promise to go stargazing a year ago! Like, come on, even I understand the concept of getting ghosted!

This series is full of betrayals, murderous friends and lovers, and even a splash of time travel to try and make things right. It’s like riding a roller coaster—it’s scary and fun at the same time! 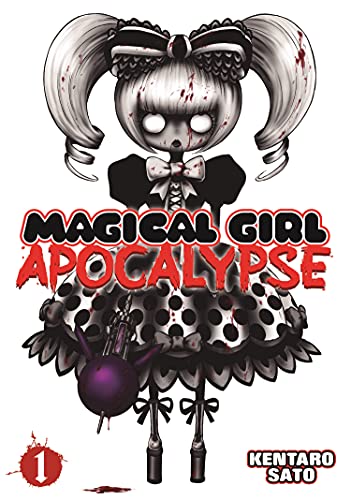 If there’s one series that’s drastically changed my worldview, it’s probably this one. From overly cute and dangerously underage to just plain dangerous–that’s how my perspective on magical girls or the “mahou shoujo” genre took a 180-degree turn. They’re cute, they’re little, and they’ll probably “recruit” you to join their undead army.

I’ve watched my fair share of Puella Magi Madoka Magica to know that this genre could be heart-wrenchingly cruel if the mangaka (manga artist) wishes it. This time though, they’ve turned up the edginess to the max and made these magical girls into real murder dolls.

Some might say that it’s pretty messed up, but that’s what makes this a must-read for horror manga lovers. Magical girls have been overused and abused for a very long time; this manga feels like their way of fighting back and truly breaking free of their “cute and sweet” mold. 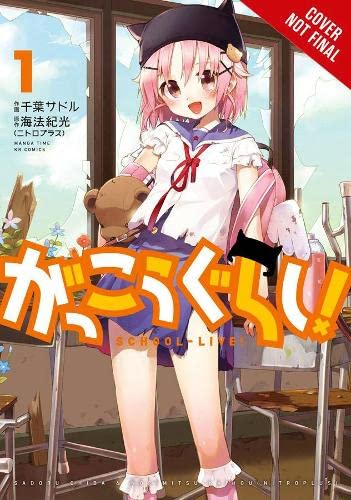 Slice-of-life titles often give readers an optimistic view of what’s actually happening in the real world. “School-Live! starts just like that: a lighthearted story of young girls at their school. You can see them having fun, fooling around, and enjoying all their school activities. The “oh sh—” moment comes when you realize that they’re all alone, and the school is boarded up to keep zombies away.

What’s unique about School-Live! is that it ropes you into its “normalness” before revealing its true story. You’re pretty much convinced that this is a lighthearted story of friendship, only to realize that it’s a horror-survival tale as seen from the perspective of a mentally unstable teenager.

If that’s not enough horror for you, you’ll be pleased to know that the zombies who are constantly trying to kill them are their classmates, friends, teachers, and acquaintances!

Check out the first volume on Amazon here:   School-Live!, Vol. 1 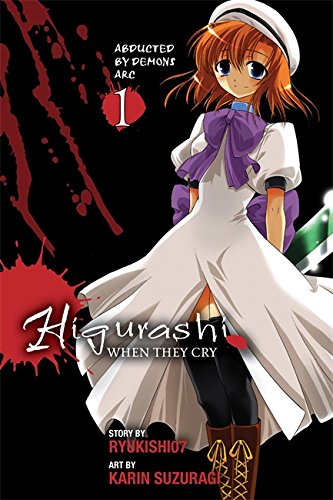 Manga romanticizes the most trivial things and makes them more attractive than they really are. Take moving from the city to the remote provinces, for example. It’s borderline boring, but add in a childhood friend, eager new classmates, and a cursed village…you’ll see the story spring to life!

That’s what happens with Higurashi When They Cry: the main character moves to the boondocks, makes friends, and learns that the village he’s living in now is cursed.

This manga has been adapted from a visual novel; basically, a story-telling game that could have different outcomes depending on the character story arcs you select. That’s the element that made this title stand out among other horror titles: you repeat a storyline while focusing on different characters, so the story evolves, and you see how it all plays out.

Check out volume 1 on Amazon here:   Higurashi When They Cry: Abducted by Demons Arc, Vol. 1 - manga 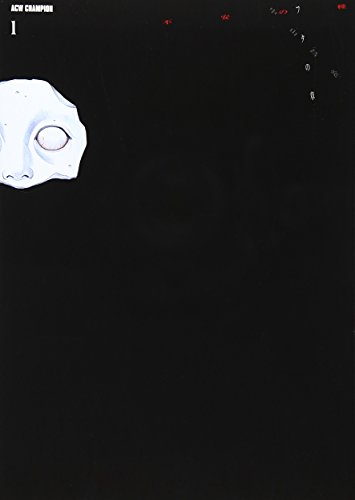 Are you looking for a quick scare? Seeds of Anxiety is a quick read, with just three volumes packed with short vignettes. This is a collection of short stories, urban legends about the things that go bump in the night. These stories are the “seeds” of anxiety, planting nasty thoughts that you’ll carry with you wherever you go.

Let’s say you’ve been sleeping soundly with the lights off for all your life. After reading this manga, you’ll spend a few minutes looking around your room in the dark…only to decide it’s better to sleep with a nightlight on.

A seed of anxiety has been planted, and now it’s growing. You’re now aware of these stories, and you probably wouldn’t want to look under your bed at night.

For more information on volume 1 (Japanese version only) check it out on Amazon here:   Fuan no tane (Seeds of Anxiety) Volume 1 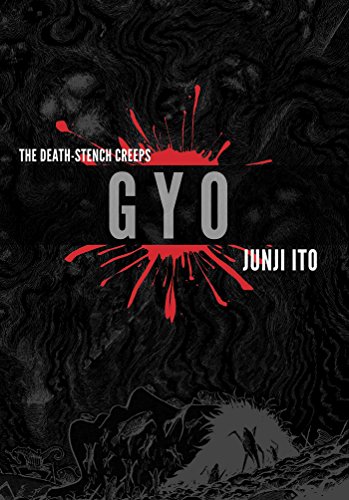 We’ve always been afraid of them. They’re apex predators roaming the deep blue sea, and we’ve been conditioned by mainstream media to fear them.

How about we take these sharks and give them the power to walk on land?

You know what, let’s make ALL the fish walk on land, and also bloodthirsty. Oh, and they smell pretty awful.

I’m guessing this is what was going through Junji Ito’s mind when he was just conceptualizing Gyo. It’s pretty messed up, but considering he’s the same guy who made spirals crazy (Uzumaki) as hell, I’m not surprised.

What ups the ante in this horror series, though, is the graphic detail of the manga. All the fishes are intricately drawn, from the details of their scales, teeth, and legs (both human and insect). Did you think they would be swimming in the air when I said they could walk on land? Of course, they’d need legs! And boy, it’s not pretty. 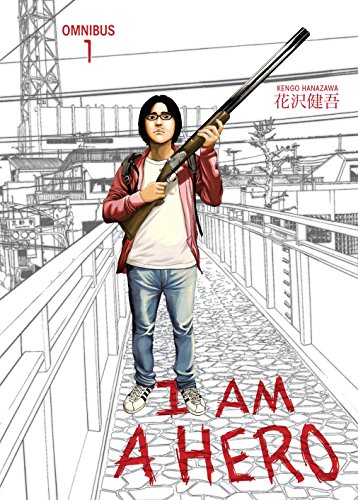 From what we’ve learned in the tens or even hundreds of zombie movies and TV shows available today, the best way to kill a zombie is to put a bullet through its head and blow its brains out. That makes sense, especially for those living in countries where it’s legal and easy to own a gun.

Unfortunately, that puts Japanese people in a bind. You see, it’s hard for them to get a gun permit, but they never really needed them anyway.

Too bad the zombies from I Am a Hero didn’t get the memo.

So when a manga artist assistant takes up shooting as a hobby and finds himself in the middle of a zombie outbreak, he reluctantly takes up the “hero” mantle and tries to save as many as he can while also trying to survive. Well, he’s managed to save a half-turned zombie-human hybrid, and he’s now roaming around Japan looking for bullets. Because yeah, to kill zombie hordes, you’d need a lot of ammo.

Check out the volume 1 on Amazon here:   I am a Hero Omnibus Volume 1

The hardest part about compiling a list of the best horror manga, aside from going through them again and reliving the horror, is narrowing it down to just 10. Junji Ito’s works alone could fill up this article, not to mention the older titles that are still quite interesting today.

How about you, have you read any manga that you think deserves a spot on this list? Feel free to head to the comments and share your list!

30-something otaku that writes about the latest tech for a living, but lives for anything 2D. I can binge a 12-episode series in one sitting, but I definitely won't stand in line for 30 minutes. I consider One Piece as a religion. Slice of Life over Isekai, but if I would be Isekai-d, I wish it'd be in the world of Interspecies Reviewers.