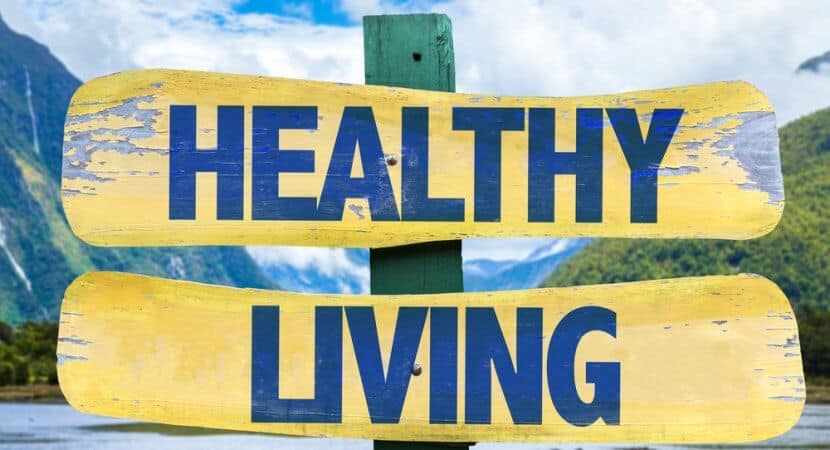 So sayeth Bob, or, the actor Bill Murray, in the 2003 film Lost in Translation, as he confesses new dietary desires from Japan to his wife over the phone, who’s listening from the other side of the world. She may as well be on another planet, for all she can wrap her head around what he’s trying to say.

I remember coming home from my time living abroad in Japan and trying to explain to people why I craved to eat certain things that they weren’t familiar with.

Back then (insert creaky, old lady voice: Back in my day…!), Japanese food wasn’t quite as common in the States as it is now. Ramen (real ramen) hadn’t set fire to the nation yet, and no one really understood my overwhelming longing for a bowl of hot noodles and veggies or a proper cup of green tea.

There were so many habits, whether food-related or lifestyle choice-related, that I’d picked up from my time spent in a country that still, as it did then, maintains bragging rights to the highest longevity in the world.

Some habits, however, go beyond food. Below, I’ll go over some of the habits I picked up whilst living in Japan that have helped me to lead a healthier (and, hopefully, longer) life. I share them in the hopes that you, too, may try a few. Or, at the very least, I can strengthen your sympathy for that friend of yours that’s fresh off the plane from Japan, jetlagged and craving ramen. 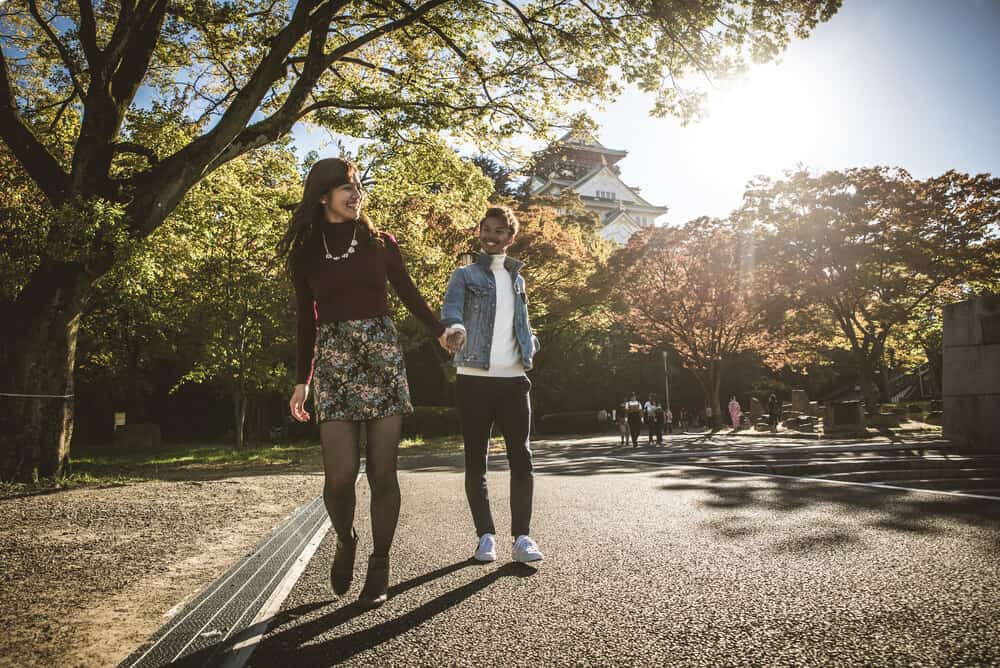 In Japan, walking and biking is a common way to get from place to place. Of course, they have the large advantage of trains being a major mode of transportation, and aren’t as dependent on cars (which isn’t to say they aren’t commonly-owned or used, but trains and pedestrian-friendly towns allow for them to be used less).

Every morning, whether in the countryside or the city, you can always see students walking or biking to school (according the World Health Organization, 98% of kids do this). This builds the habit of daily physical activity in people in Japan from a very early age. I loved biking to school when I was a student there, and, later, walking to the school I worked at as a teacher’s assistant.

In a nation like the U.S. where driving everywhere seems to be the most common method of getting around, I know this habit isn’t as conveniently accomplished. Some towns here don’t have sidewalks or bike paths everywhere, and it can feel unsafe to walk or bike near busy roads when no paved path is provided (thanks, America!). The States have long been very automobile-focused, and, unfortunately, will likely be for some time yet. 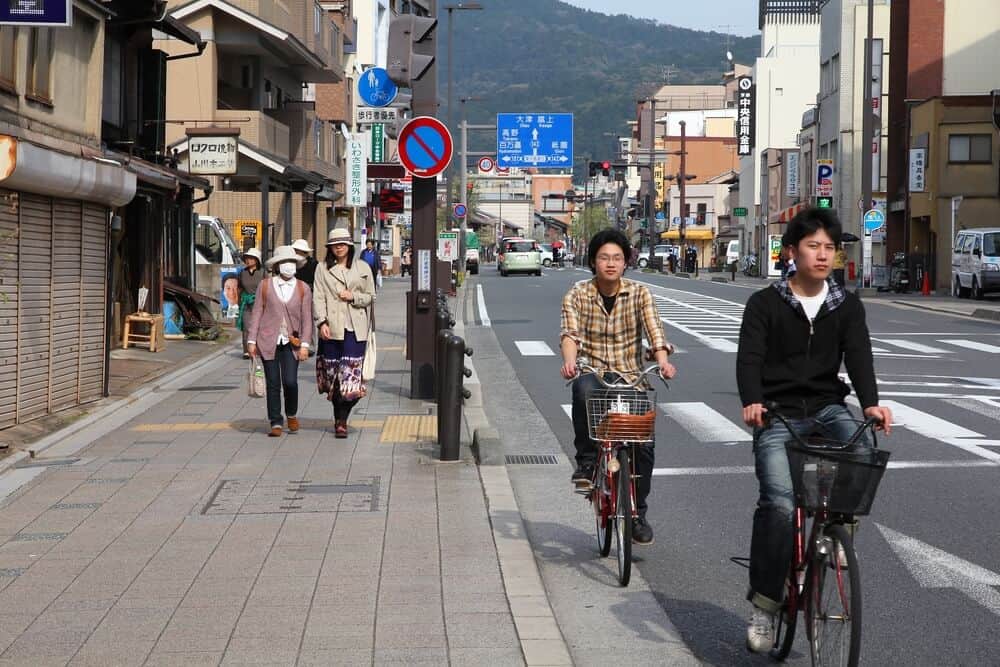 If you do live in a walk-able, bike-able city, that’s great. Get out and walk or bike as much as you can. If not, I recommend getting yourself to a park where you can walk and get some exercise and fresh air. Which, speaking of parks… 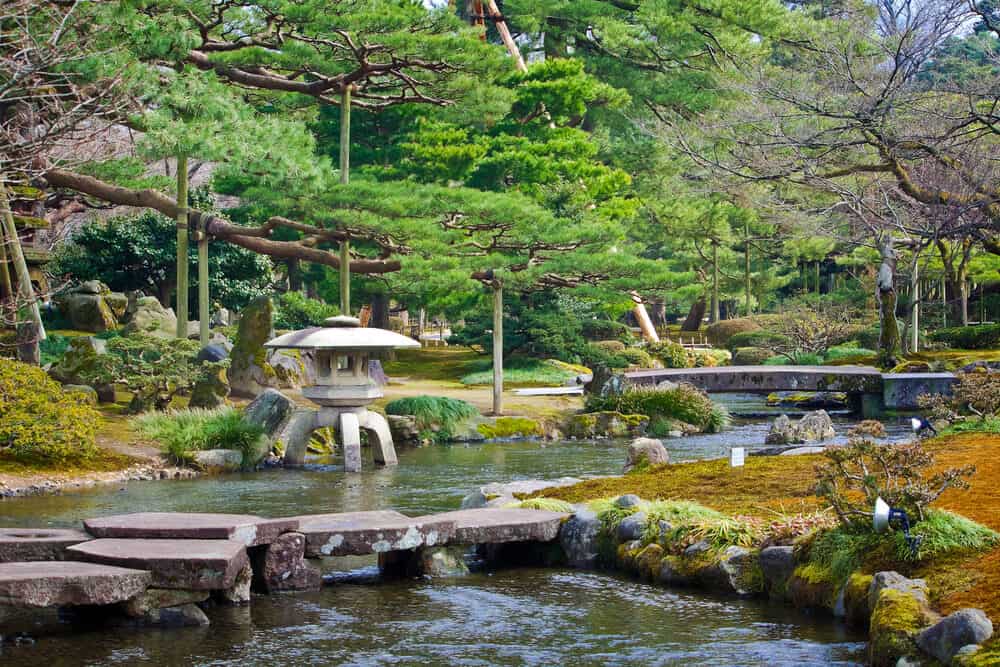 Most of the Japanese countryside is comprised of mountains, farms, and forests. Take a train ride out from a city, and there seems to be no end to it all. With the plentiful, natural beauty provided in the country, it’s no surprise that an appreciation for nature is deep-seated in Japanese culture (and in its original religion, Shintoism, which believes every natural place and object has a spirit).

In fact, in 2016, the Japanese government dedicated its 16th national holiday to the love of the country’s natural wonders in the form of Mountain Day—a day, they declared, which might be spent getting familiar with mountains (hiking?) and appreciating the gifts they bring (a lot of shade?). 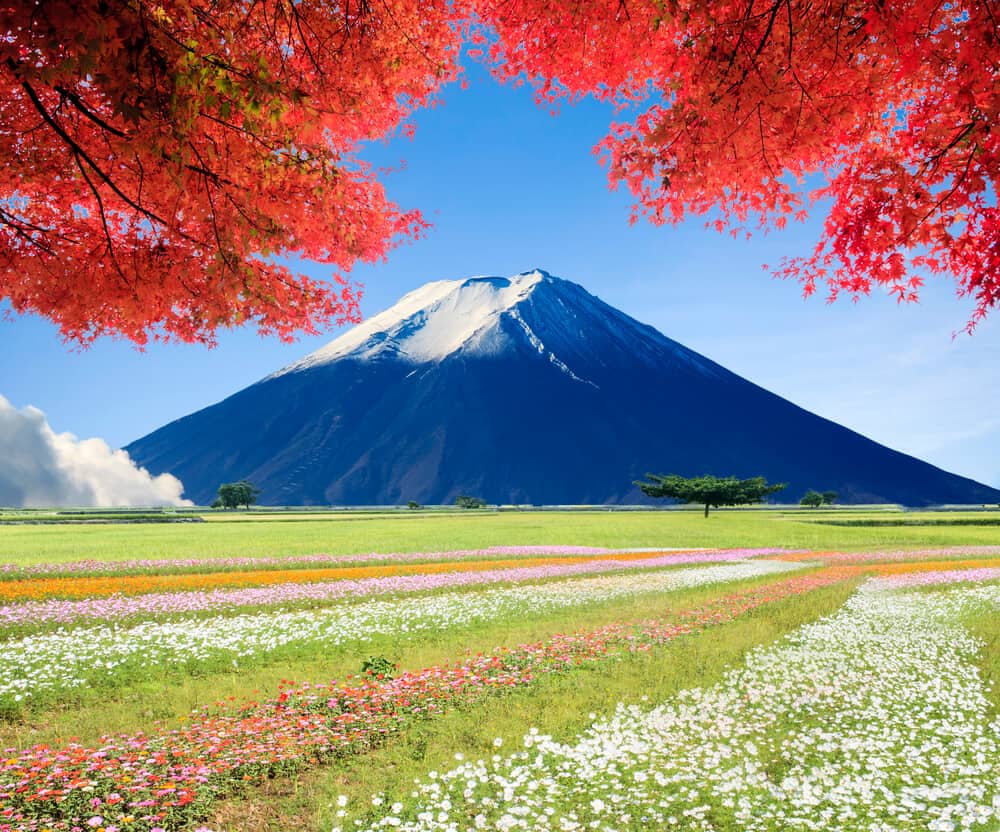 Having lived near Lake Biwa (Japan’s largest body of fresh water) and the mountains during my time in Japan, I regularly got heavy doses of nature that I miss tremendously (New York City has some parks, but that sense of splendor isn’t quite there).

Studies have shown that spending time in nature provides some major health benefits. According to one, memory performance and attention spans improved by 20 percent after an hour interacting with nature (so, if you have a big test coming up, maybe spend some time “forest-bathing” before taking it).

So, get outside! Your brain will thank you for it. Or, will you thank your brain for thinking of it? Great, now my head hurts. 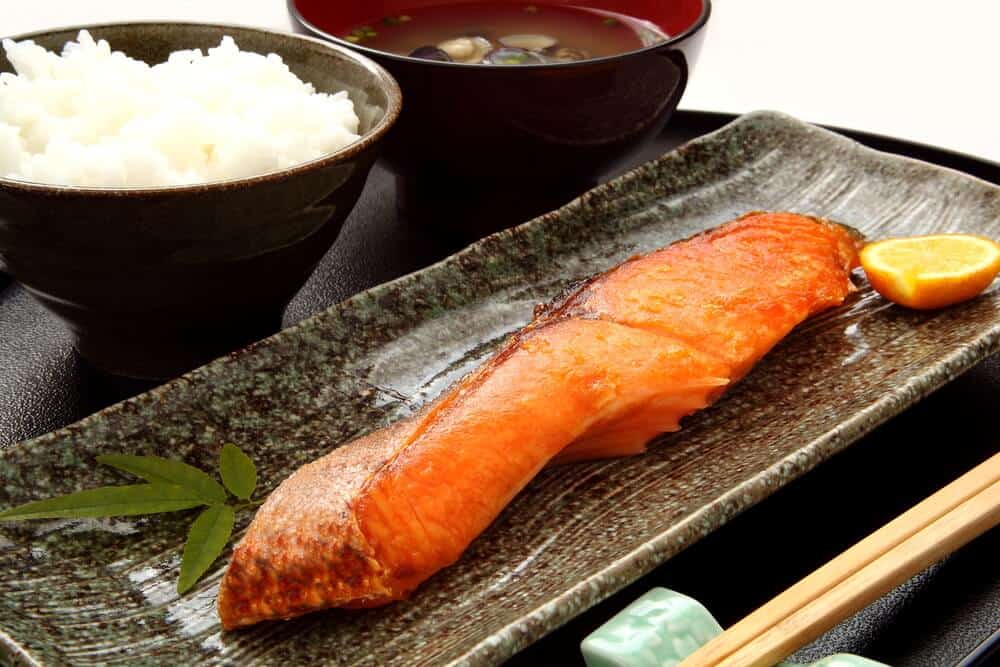 I’ll never forget the first breakfast I ate when I woke up at my homestay parents’ house. I walked downstairs and was greeted with a breakfast that was the exact opposite of what I grew up with: grilled salmon, a small salad, buttered toast (perfect toast), scrambled eggs, and miso soup.

It was divine. And it was perfectly typical of a daily breakfast in Japan.

I can’t say that I still maintain this Herculean breakfast every day (truly, does anyone have time for all of that?), but something in me clicked after that breakfast—I need to find this sense of balance in all of my meals. What have I been doing, just mindlessly eating Frosted Flakes every morning? (I have since graduated to organic Kashi wheat biscuits, because I am an adult, thank you very much).

The breakfasts and other meals that my host-mother graciously provided for me changed the way I looked at meal preparation and the importance of fresh, healthy ingredients. Some of those ingredients and meals have carried over into my life ever since, and I haven’t looked back.

Which brings me to… 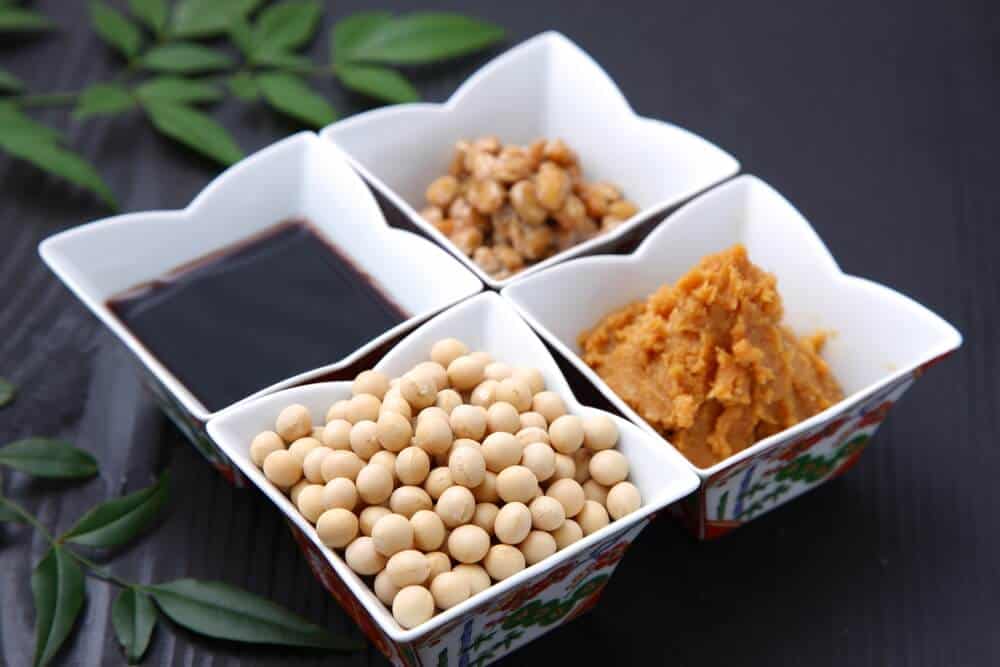 Most other Japanese fermented foods, however, I’m game for. Fermented foods and drinks (like yogurt, sauerkraut, and kombucha) are having a bit of a moment in the West, as they’re being hailed for the benefits they bring to your gut (also known as your “second brain”), which provides for a strong, healthy immune system. This concept and the importance of the gut is just at the beginning of its exploration here.

In Japan, however, the health benefits of fermented foods has long been understood and ingrained in a traditional Japanese diet. Things like miso, soy sauce, tsukemono (pickled vegetables that often come in the form of small side dishes), fish flakes, and, yes, even saké (in moderation, ahem) are all packed with health benefits as a result of fermentation.

Some of these things may be a little foreign to you if you’ve not tried them. I recommend beginning with a hearty miso soup and going from there.

Taking Baths at the End of the Day 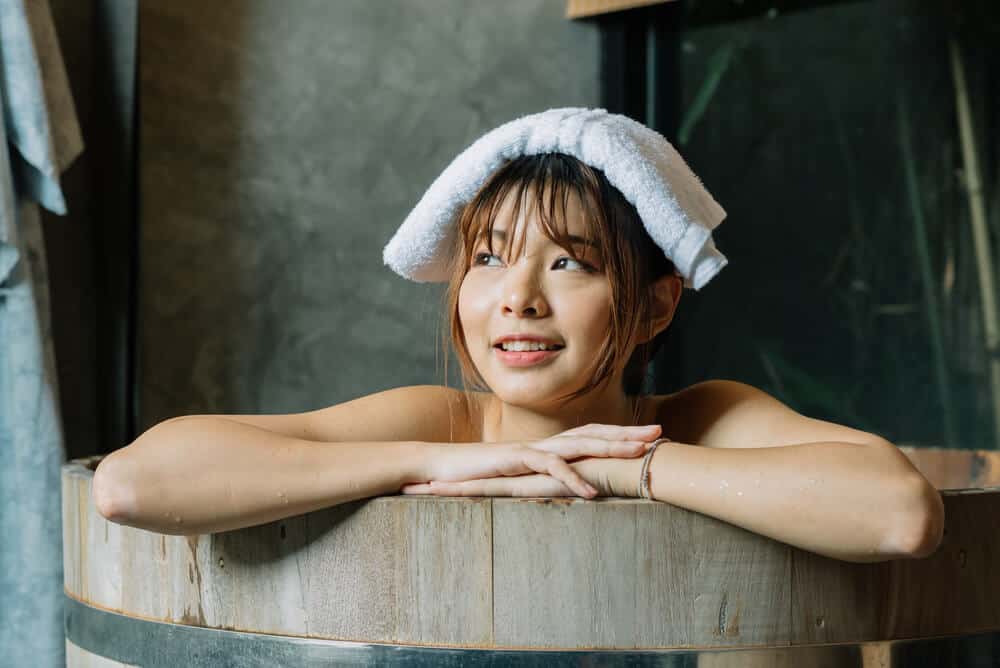 The summers in Japan are so hot and humid, you truly have no choice but to bathe before going to sleep if you don’t want to dirty your bedding. But there is a bigger reason why most Japanese people bathe or take showers at the end of the day as opposed to the morning.

While bathing at night is not exclusively something done in Japan, bathing culture is huge there. Going to a sento or onsen (public baths and hot springs) are common, popular ways to spend time and relax with family or friends. For centuries, soaking in hot springs has been seen as a way to ward of ailments or even to improve skin conditions.

Bathing at the end of the day is almost ritualistic, with family members taking their turn soaking in the bath (but not before washing off outside of it—key to that not being sort of gross). A bath at the end of the day aids stress relief and provides an opportunity to reflect and even, if one is so inclined, to briefly meditate (which is said to promote lower blood pressure).

Ever since I lived in Japan, I’ve always taken my showers at night as a way to wash the day off and to allow the hot water to relax my muscles, which sets the stage for a much more enjoyable evening.

It’s the little things, you know? 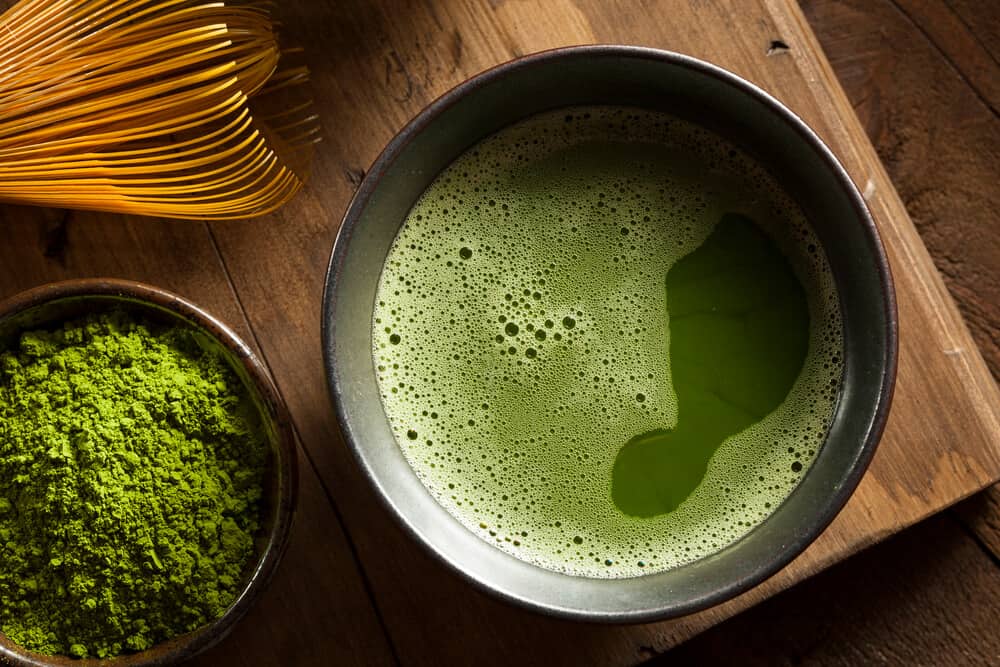 I was never a big soda drinker to begin with (or, as we like to call it in the Mitten State, pop), but every once in a while, I enjoyed a sip of Coca-Cola or maybe some Mountain Dew (mostly during college when I was desperate for a jolt of caffeine to keep me awake to study long into the night).

Since living in Japan in my early 20s, I picked up the (extremely beneficial) habit of drinking green tea (o-cha). And lots of it. Every vending machine had bottles of icy cold green tea that, at first, I found too bitter for my liking. But over time, I craved it. It was so refreshing and invigorating, giving me just the right amount of caffeine without giving me the jitters that I never looked back.

I now have at least one cup of genmaicha (brown rice green tea) or matcha (which has gained popularity the last couple of years stateside) a day, and for good reason. Besides being delicious, green tea has also been linked with lowering blood pressure, improving memory, fighting cancer, and, amongst a slew of other benefits, promoting heart health (it doesn’t hurt that it helps your skin stay young-looking, either).

This is one habit I don’t plan on breaking anytime soon. 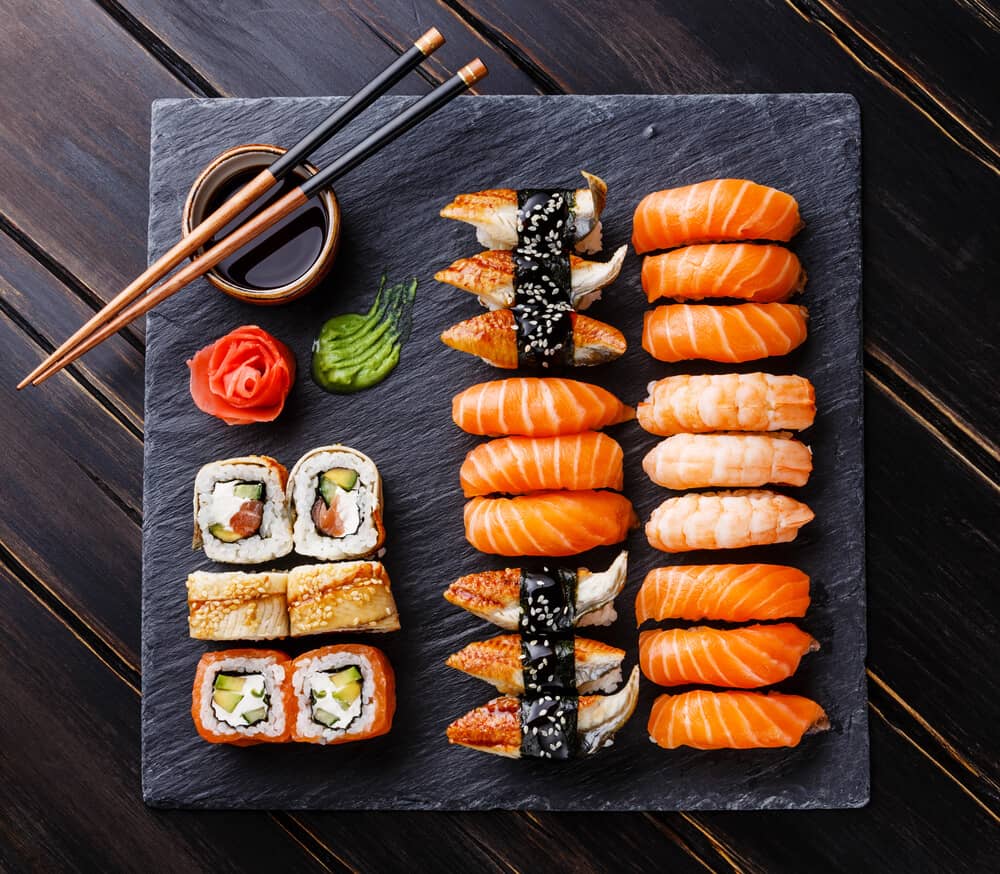 If you told me when I was younger that adult-me would love having fish at least once a week and that one of my favorite ways to eat sticky rice would be to wrap a strip of dried seaweed around some and pop it in my mouth with chopsticks, I would have thought that my future was dismally confusing and gross.

I’m thankful, however, to have grown into a person that has come to love such things (the seaweed-around-hot-rice trick was imparted to me from my host-father and is still one of my favorite ways to eat rice).

Eating fish (in moderation—two portions a week is the recommended amount) has proven to have incredible health benefits, including lowering heart disease by 36 percent, as well as alleviating depression (omega-3 fatty acids raise serotonin) and inflammation of conditions such as arthritis (those same fatty acids help to regulate your body’s inflammation cycle).

And as for seaweed, don’t let that one go underappreciated. I know that making it part of your diet beyond the nori wrapped around your sushi may sound strange and possibly unappealing, but it doesn’t have to be. In fact, you’ve probably already had it already without really thinking about it. 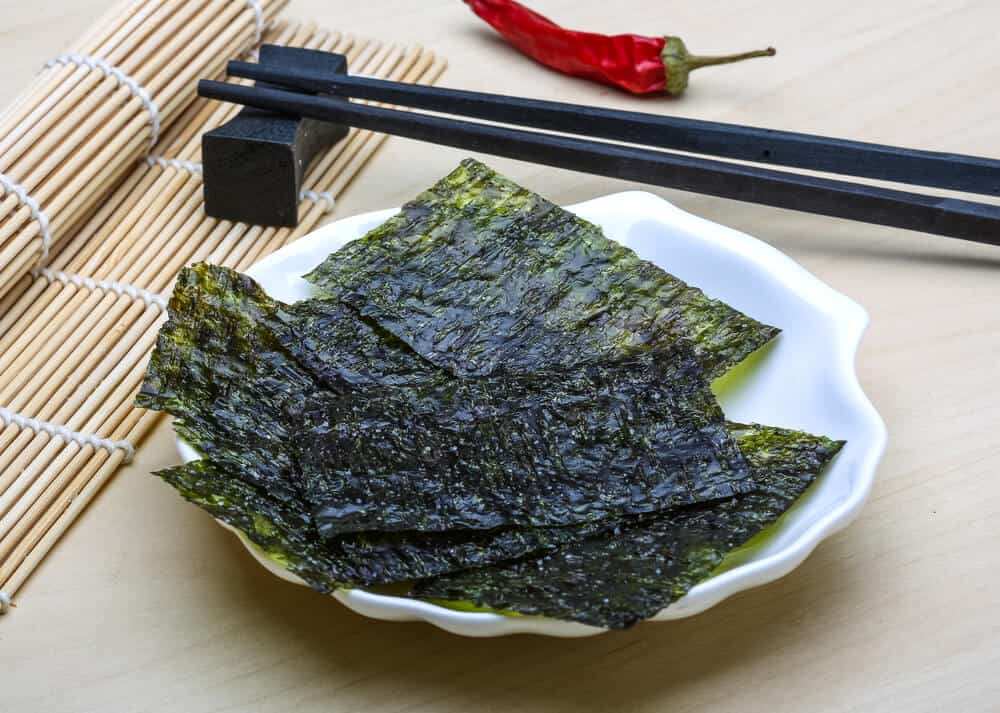 The seaweed-based broth called “dashi” is used in soups like miso (which often has wakame seaweed in it)—so if you’ve been to a Japanese restaurant any time recently, you’ve more than likely tried that. Kelp (kombu) salads are also easy on the palate and are packed with nutrients.

Seaweed has roughly 2 to 9 grams of protein per cup, with some varieties providing more potassium than a banana. It also has a nutrient that’s not easily found in other foods: iodine. Iodine helps regulate your thyroid (which, if thrown out of whack, can lead to fatigue and muscle weakness, among other symptoms).

So, sprinkle some seaweed on top of your rice. Make that seaweed pasta (share your recipe with me?). Or, simply hit up your favorite place for sushi.