Home
Places to Visit
Top 10 Unique Museums in Japan: You’ve Never Seen Anything Like This 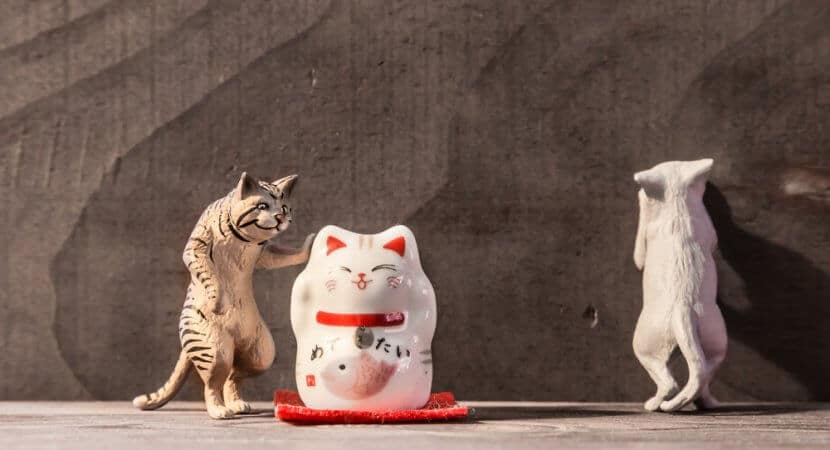 Japan is well known for putting its own unique spin on things. Their museums are no different.  You’ll find hundreds of museums in Japan. They cover everything from anime characters to buttons to parasites.

Forget the National Science Museum or the Museum of Modern Art. Make tracks for our top ten quirky Japanese museums you won’t find anywhere else.Do you enjoy playing with cats or spinning tops? Want to learn about torture instruments of the Edo-period or Tokyo’s sewer system? If so, there’s a museum on this list for you.  Let’s start with some ramen.

When you think of museums, you probably don’t think of ramen. Japan is about to change that, with not one but two museums devoted to the humble instant noodle. Today we’ll visit the ramen museum in Osaka.

The Museum celebrates Instant Ramen and its creator, Momofuku Ando.

The story of “magic ramen” is surprisingly inspirational. Ando developed his process of dehydrating noodles and sealing in the flavor…. in a shed in his backyard!

The museum features a recreation of the shed. Visitors will be inspired by the humble tools Ando used.

The museum wants you to realize innovation starts at home.

The History of Instant Ramen

The early history starts with mass-production, followed by ramen becoming an international phenomenon. Instant Ramen even went into space!

Finally, the museum offers a chance to do some innovating of your own. Enjoy a fun opportunity to design your own flavor of Instant Ramen! Or take a class and make your own instant chicken noodles from scratch!

The museum was founded in 1953 by Satoru Kamegai, a doctor with an interest in parasites.

It claims to be the only museum in the world dedicated to parasites. It’s probably right.

The two-story collection is delightfully old school. Most of the 60,000 parasite specimens are stored in glass jars labeled by hand.

The first floor has displays and movies devoted to the diversity of parasites. The exhibits are primarily in Japanese.

The world’s longest tapeworm is particularly disturbing. You might have difficulty picturing just how long the 8.8 meter tapeworm is. The museum has a rope next to the display case you can unroll.

The museum is surprisingly popular with dating couples. You have to admit — it is a unique date spot!

Japan’s big on trick art. It doesn’t have one trick art museum — it has eight.

Also different from most art galleries: photography is actively encouraged!

In fact, there are sample photos at stations throughout the gallery. They show you the perfect angle for your trick photo.

Which Trick Art Museum to Visit

The Tokyo Trick Art Museum is the most accessible. It has an Edo era theme, and it’s on Tokyo’s Odaiba Island.

Also, the Egyptian-themed Takao Trick Art Museum is an easy train ride from the capital.

Either one is a great place to start for those new to trick art.

The Hara Model Railway Museum is the most mainstream of all the museums on this list.

It boasts of having the largest collection of toy trains on earth. The museum houses 2,500 model railway items and displays around 1,000 of them.

The centerpiece of the museum: Ichiban Tetsumo Park.

This neat display features one gauge trains from around the world on 450m of track.

Other displays recreate the trains of Japan, America, and Europe.

Your kids will love the original models of Thomas the Tank Engine and friends used to make the TV show. You can see them in operation on certain days.

What do tobacco and salt have in common?

Until recently, both were controlled by government monopolies in Japan.

They’re also the subjects of the Tobacco and Salt Museum.

The museum was built in 1978 by the government agency in charge of them. The museum explores the cultural, political, and economic influence of salt and tobacco. It focuses particularly on their influence on society.

The second floor explores the production of salt within Japan and overseas.

It includes equipment used to process salt on Japan’s Noto peninsula. It features a 1.4-ton piece of rock salt mined in Poland.

The third-floor houses displays of smoking paraphernalia. The displays include a reproduction of an Edo-period tobacco shop.

The Tokyo Sewerage Museum “Rainbow” bills itself as “awesome, interesting, and useful.”

The Tokyo Metropolitan Bureau of Sewerage built the museum to educate the public. The museum recreates sewerage pipes and a pumping station. You can also visit a water analysis lab and reclamation center.

The hands-on museum focuses on a younger audience.

The kids seem to love the cheerful mascot “Earth-kun”. He explains the challenges involved in disposing of Tokyo’s sewerage.

Before You Write it Off

You have to applaud the earnestness of the museum and its ecological messages. There are short movies about water preservation throughout the exhibits.

You’ll have to experience the museum for yourself to decide whether or not it succeeds.

Tokyo Sewage Museum: More than Crap ★ ONLY in JAPAN #52

The Commodities Department looks at the effects of a consumerist society.

The Criminal Materials Department focuses on law and human rights. There’s a particular focus on crime and punishment.

The museum is not for the faint-hearted.

Exhibits include tools used in the Edo-period to capture and torture criminals.

You’ll also see international artifacts. They include guillotines and a replica Iron Maiden of Nuremberg.

Presented without apology, the exhibit challenges preconceptions about justice and punishment.

Leave the kids at home for this one.

8. The Cat Museum: Every Country Needs One

While it’s hard to imagine why some of the museums on this list exist, the Cat Museum in Ito-city just makes sense. Who doesn’t want to play with — excuse me, study — a variety of cats?

The world’s first cat museum provides you with a way to study cats up close and personal.

The second floor is interactive; it’s set up like a mini zoo. You can play with a variety of cat breeds including Siamese, Russian Blues, Manx, and Persians.

The gift store sells souvenirs for your cat … or for the feline-loving friend in your life!

Nagoya’s Spinning Top Museum has 30,000 hand-made toys and folk instruments. The collection includes over 1000 toys from around the world.

The highlight is the 20,000 spinning tops that make up the majority of the museum’s items.

These tops, known as Koma, are still played with by Japanese children today. The tops are especially popular around New Years.

If you’ve got no idea what to do with a top, don’t worry! The staff at the museum will teach you how to play with them.

Yoshihito Fujita runs the museum. He’s dedicated his life to preserving this Japanese toy. Fujita’s even gone so far as naming the various ways of spinning them!

Besides the spinning tops, some of which are centuries old, the museum also has Edo-period toys.

The museum is small; the exhibits crowd onto shelves and resemble toy-stores of old.

The museum has an old-time candy shop as well as a family-run store where you can buy a top of your own.

Visit to the Japanese spinning top museum in Nagoya, Japan

10. ARCHI-DEPOT: A Museum of Architectural Models.

The museum collects and displays models by Japanese architects. They range from study models to completed designs.

The models are interesting to both architects and the general public. You really see the problems architects face when designing for crowded Japanese cities.

The museum is high-tech; each exhibit has a corresponding QR code for visitors to scan. The code reveals more information about the exhibit on your smart-phone.

The museum rotates exhibits constantly, drawing from its extensive storage. The museum not only displays models, it also preserves them for future generations.

The museum is close to Haneda airport (18 minutes by Tokyo Monorail); should you find yourself in the area, you don’t want to miss it!

Get Out There and See for Yourself

This list only scratches the surface of Japan’s weird museums. Use it as a starting point for your own explorations.

Before you set off in search of the world’s largest tapeworm, let us know which of the museums is on your to-visit list. Tell us in the comments below.

Can’t decide? Share this article with a friend and make your own weird museum itinerary.