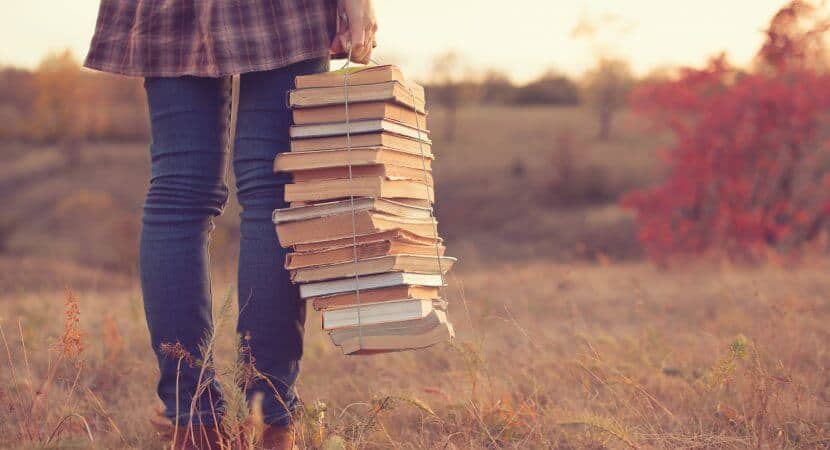 Disclaimer: This article may include affiliate links. If you purchase something through these links, I may receive a small commission (at no cost to you). Learn more

If you made it to this level of Japanese, congratulations!  It only gets better from here!
At this level, you should be able to:

Here are the books that will keep improving your Japanese and take you to a very advanced level.

At this level, your speaking and listening skills should be pretty solid.  To improve, you can study more grammar or vocabulary, but at this level, there are better ways to increase your skill.

One of the best ways to do that is by reading Japanese books.  Most Japanese books are still too difficult for even advanced students.  That’s why Breaking Into Japanese Literature is such a great book.

There 7 short stories included in this book.  The first 4 are from the famous Japanese author, Natsume Soseki.  The last 3 are from the equally famous Akutagawa Ryunosuke (author of Rashomon, which gained popularity as an award winning film.  This story is included in the book).

Breaking into Japanese Literature is definitely an ADVANCED level book despite it being recommended for intermediate level students.  50% of all common use kanji is covered in the book.

Each page includes the Japanese story, an English translation, and a custom dictionary, which makes it very easy to read through.  Another good point is that every single kanji word is also explained.

Because the level of the short stories is very high, you will probably have to rely on the English translations pretty heavily at first.  If you want Japanese stories that are a little easier, check out these contemporary Japanese books.

Also, because these are a little older pieces of literature, there are words and expressions that aren’t used in conversation anymore.  A good analogy to this is like English speakers studying Shakespeare.  The stories are great for studying and do improve our English ability, but there are many words we just don’t use today.

That being said, this book can really up your level of Japanese and prepare you to read even the most difficult novels.

There are 3 stories in this book, coming from 3 powerful Japanese authors.  One of them is Yukio Mishima, whose life is just as crazy as the stories he wrote.  Long story short, he committed suicide by seppuku (self disembowelment) in the commander’s office of one of Japan’s Self-Defense Forces camp after a failed rally to inspire troops to restore power to the emperor.  Heavy stuff.

Back to the book.

The format is the same as “Breaking into Japanese Literature.”  On one page, there is the original story printed in Japanese.  On the opposite page, there is an English translation and a dictionary that runs across the bottom.  This makes reading through the stories very easy and pleasurable.

The stories themselves are interesting, and the translations are very good.  This book is definitely a great stepping stone to reading Japanese novels on your own, without translations.

Buy it from Amazon here:  Exploring Japanese Literature: Read Mishima, Tanizaki and Kawabata in the Original

This books contains more than 3,200 collocations, or word combinations used in every day Japanese conversations.  Why is this important?

As advanced students of the language, we can describe things in detail and can express our feelings and desires through spoken Japanese.  However, while we may be able to get our point across to native speakers, the words we say might not be very natural and/or the most accurate.

That’s where this book comes in.

It teaches you how to say certain expressions and phrases in every day, natural Japanese.

This book has six chapters, with each chapter focusing on a different topic.  The chapters are Home, Daily Life, People, Travel, School & Work, and Entertainment.

I’ve always had a difficult time giving detailed descriptions of emotions.  For example, I wasn’t sure how to say colorful expressions such as “explode with rage.”

Not a problem anymore.  I would just go to the “People” chapter and under the subtopic “feelings,” I would find the natural expression for that phrase.

Even simple things such as “shrug your shoulders” evaded me in my Japanese studies, but can be found in this book.

I would say that this book can be used by beginning or intermediate students of Japanese.  So why is it an “advanced” book?

Because this book will fine-tune your spoken Japanese to make it sound much more natural and precise.  You’ll probably know most of the expressions in the book, but you’ll find little gems here and there that you’ll be able to add to your Japanese arsenal.  And most importantly, as an advanced student, you’ll be able to understand WHY certain words are paired together.

This book can be used as a reference or as a casual read.  But since it just lists word pairings and example sentences, it’s not meant to be read page to page like a novel.

4.  Colloquial Kansai Japanese:  The Dialects and Culture of the Kansai Region

Kansai-ben is a dialect of Japanese that is widely used in the Kansai area of Japan (Kobe, Osaka, Wakayama, Nara, Kyoto, Mie, and Shiga prefectures).  “Ben” means “dialect.”

If this dialect is only spoken in Kansai, why should you bother learning it?  Well there are 4 reasons.

At an advanced level of Japanese, you already have mastered the basics and can read, converse, and even write enough Japanese to get live in Japan with few problems.  So now is the time to change things up and learn something a little more fun.

Since you know the basics of Japanese, you should be able to add Kansai-ben words and phrases to your repertoire pretty easily.  You’ll either have to learn new words or change the way you say words you already know.

Master Kansai-ben, and you’ll be able to understand a lot of the words younger people use.  You’ll also have a deeper understanding of the Japanese culture as a whole.  A lot of TV shows will make a whole lot more sense too.

This book does a pretty good job at teaching you the basics, and even old-school Kansai-ben.  However, some of the words are archaic, so you might only hear older people say them these days.

Buy it from Amazon here: Colloquial Kansai Japanese: The Dialects and Culture of the Kansai Region (Tuttle Language Library)

5.  Beyond Polite Japanese:  A Dictionary of Japanese Slang and Colloquialisms

This is actually a dictionary of Japanese slang words and colloquialisms.  While some of the words are a little older or only used by certain groups of people (young/older people), this book is great to take your Japanese to a more “native” level.

For the most part, the words in this dictionary are used in everyday situations…not as common as your basic Japanese grammar and vocabulary, but used enough that it will be useful to learn.

There are also a few words that would impress native speakers (or make them laugh) if you say them.

This book has a few dated parts, but overall, it is a very nice book to learn words native speakers use that no other book teaches.

Communication is mostly non-verbal.  It’s not the actual words we say that convey the most meaning.  It’s our body language, our tones, and the gestures we make that really get our point across.  That’s why this little book is so handy.

Instead of teaching you Japanese grammar or words (it does teach you the Japanese word for each gesture), this books shows you 70 gestures used by native Japanese speakers for communication.

At first, I thought this book would be a waste of time.  But it is very helpful to those people who have never lived in Japan before.  You’ll see quite a few of these gestures used in everyday conversations.

Even though I lived in Japan for many years, this book still taught me a couple of gestures I didn’t know.  But I picked up most of them from living here.

The book is very easy to read and understand.  However, there are only a few eye-opening ones that will be of use to people who are new to living to Japan.  The other gestures can be figured out on your own, or aren’t used very often.  But if you are planning to visit or live in Japan, those few gestures you learn from this book will be very helpful to you.

Buy it from Amazon here:  70 Japanese Gestures: No Language Communication

Another great source of books for low-advanced students of Japanese are the Japanese Language Proficiency Test (JLPT) books.

Normally, books that are used to study for tests don’t teach you the most practical material.  However, the material for the JLPT level N2 is highly applicable to real-world Japanese.

I took the test a few years ago and passed on my first try.  I mostly used the Sou Matome and Kanzen Master series books to study with.  Not only did these books help me pass the test, but I learned a lot of vocabulary, kanji, and grammar that I used a lot when I lived in Japan.  For the list of books I used to study for the JLPT N2, go here:  Best Books for the JLPT N2

If you don’t have the desire to take that test, study for it anyway.  You’ll learn a lot of good Japanese that is organized very well.

If you have any recommendations for good books that aren’t on this list, drop a comment down below and let us know!