Home
Useful Japanese Lessons
What Does Daijoubu Mean in Japanese? 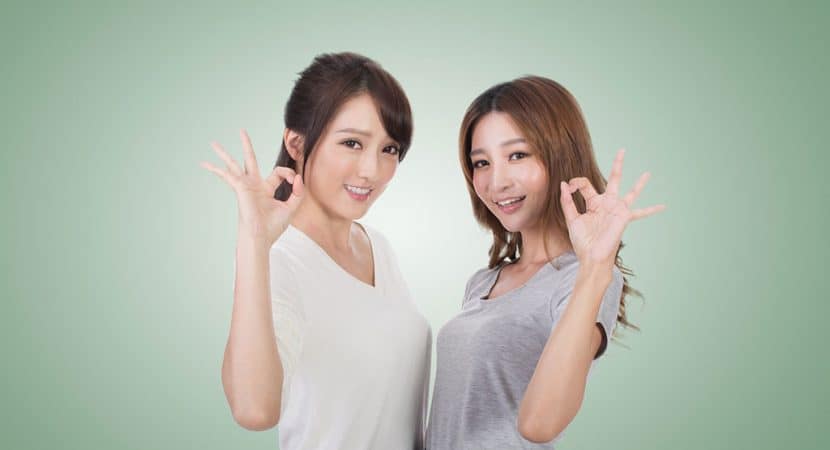 Daijoubu is one of the most useful words to learn. With this word alone, you’ll be able to politely refuse offers, ask if someone is okay, tell people that you’re feeling okay, and much more. It can be used in questions, requests, and responses as we’ll see below.

Daijoubu is a pliable phrase with a long history, originally used to refer to adult or an outstanding or powerful man (link is to page with Japanese text). Commonly, daijoubu is used to assure someone else that the situation or object of the conversation is acceptable.

The Many Uses of Daijoubu

There are many situations in which daijoubu can be used. Here are some of the most common uses and examples you might experience.

1. Daijoubu – Asking if Someone Is Okay

Japanese textbooks often say that “daijoubu” is used when asking or stating whether one is okay or not. For example, if two friends are eating in a café and one of them chokes on food, they would both end up using daijoubu.

The word です (desu) is a secondary verb used at the end of a sentence. It means “to be,” or in most cases, “is/am/are.”

Jane can technically drop desu from her sentence and maintain proper Japanese; the sentence will, however, become less formal.

ですか (desu ka) is simply desu in its question form. You may think of か as a verbal question mark.

Daijoubu is often used when making requests. The English equivalent would be asking, “Is it alright if I do this?” In this scenario, two coworkers are working in a stuffy office room. One wants to open the window.

Mike: “Is it okay if I open the window?” – 窓開けても大丈夫ですか？ (Mado akete mo daijoubu desu ka?)

3. Daijoubu – Responding to an Offer or a Request

This is where some learners of Japanese might get confused. The phrase daijoubu can be used to both accept or to refuse an offer. Let’s look at an example of a salesman trying to introduce his product to someone on the street.

Now for another scenario: a different salesman is offering free samples of his product to passersby.

Salesman: “Would you like to try some shaved ice?” – かき氷はいかがですか？ (Kakigoori wa ikaga desu ka?)

If you struggle with telling the difference between the two responses, take careful note as to whether or not the person you’re offering something to says はい（hai）, the word for yes, or いいえ（iie）, the word for no. If they don’t say yes or no before saying daijoubu, try watching their body language for different sorts of clues.

4. Daijoubu – Confirming or Suggesting Something

The phrase daijoubu can be especially useful when suggesting or confirming something like time or conditions for a meetup. Let’s say that your coworkers have invited you out for a drink after work. In this scenario, you want to confirm the time.

You: “Can you (still) come to the get-together today?” – 今日の飲み会、大丈夫？ (Kyou no nomikai daijoubu?)

After confirming the time, let’s say that you want to be sure the clothes you’re wearing are appropriate for the night out. You ask your coworker one more question:

When using daijoubu to confirm a time or condition of a social event, a Japanese person will probably not say “大丈夫じゃない！” (Daijoubu ja nai!) or “That’s not okay!” Saying it can be a little too straightforward.

If they want to disagree with your suggestion, they’ll likely make a different suggestion of their own instead of denying you outright. For example, if your coworker thought that your outfit was a bit too formal for the occasion, they might respond more like this:

If they wanted to be polite, your coworker might even start their sentence with a misleading “大丈夫ですけど…” (Daijoubu desu kedo…) or “That’s okay, but…” Be sure to watch their facial expressions and body language if you’re feeling unsure.

Daijoubu in Formal and Informal Conversations

Japanese is a language with many levels of formality. Here’s how you can accommodate your uses of daijoubu in different types of social situations.

As a rule of thumb, Japanese phrases can be made more polite by adding です（desu）at the end of the sentence. Daijoubu is no exception. Another important thing to note is the inclusion of pronouns, which can be easily left out in a Japanese conversation. Let’s look at the simple statement, “I’m fine.”

Since this is a polite conversation, you would do well to use the pronoun watashi regardless of your gender.

If you want to ask a question politely using daijoubu, ending the sentence with ですか (desu ka) is acceptable. An even more formal and elegant way of posing the question would be でしょうか (deshou ka). For example, let’s look at the sentence, “Is 8 PM alright?” The different levels of formality would look something like this:

It’s easier to use daijoubu in casual conversations. You can drop “です” at the end of the sentence and either leave it out entirely or replace it with the casual form だ (da) or だよ (da yo). Pronouns aren’t necessary for casual conversations. Let’s use the same example as earlier; you’re telling your friends, “I’m fine.”

While “だ” is the casual form of “です,” in Japan, you’ll hear either “大丈夫” or “大丈夫だよ” much more often. The reason is that using “だ” makes it sound like statement (I am fine.) instead of a casual reply (I’m good, I’m okay, etc). So if you’re in a casual situation (friends, classmates, etc.), I recommend using either 大丈夫 on its own or 大丈夫だよ。

When asking a question using daijoubu casually, you can either inflect your voice to form a question sound without using desu ka. Let’s look at the same example for asking the question, “Is 8 PM okay?”

There are quite a few words and phrases that are practically interchangeable with daijoubu, depending on the context. Here are a few of the most common ones:

The phrase ii desu ka is most often used when asking for permission to do something. It could replace daijoubu in the example of a coworker asking to open the window.

A more formal phrase than ii desu ka or even daijoubu, the phrase ikaga desu ka is often used in the service industry. It could easily replace daijoubu in the example of a salesperson offering a sample to passersby.

Dou desu ka is an interrogative phrase that is appropriate in both polite and casual conversation. It could be used to replace daijoubu when asking about the time or conditions of a meetup.

It is more formal than daijoubu, but less formal that ikaga desu ka. Because of this, dou desu ka is a good phrase to use with people who you are somewhat close to, like co-workers who you get along with.

The phrase 大丈夫（daijoubu）is highly versatile and useful. It’s been used so often that the word’s meaning and nuance have branched out in Japanese conversation. If you want to study even more scenarios in which daijoubu could prove useful, check out BondLingo’s list of 25 Ways to Say Daijoubu.

If you have any questions or stories of your own about daijoubu, let us know in the comments below or send an e-mail our way! Thank you for reading this article.