Home
Useful Japanese Lessons
How to Say Cat in Japanese: A Complete Guide 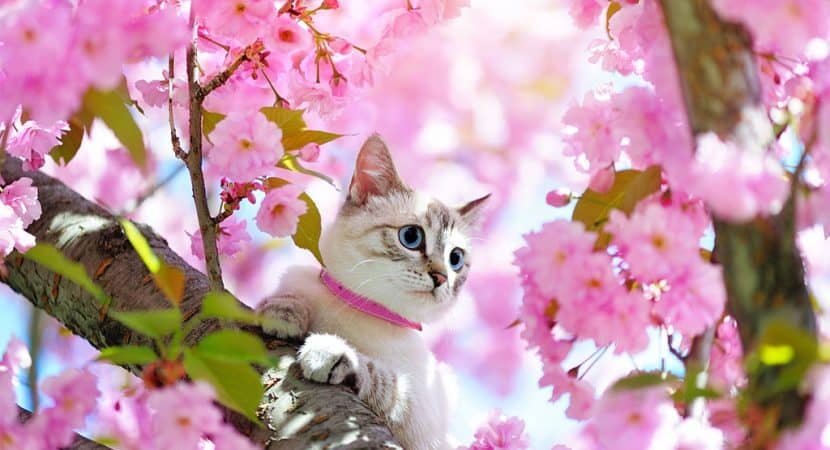 The basic word for cat in Japanese is: 猫 (neko). As you learn more Japanese, you’ll find that there are many ways to describe cats (depending on their type).

You may want to be a cat because they sleep most of the day happily. Japanese people say that cats are geniuses at finding the most comfortable place to sleep. Some people even believe that cats were named ねこ (neko) because they love to sleep like a child. 寝る (neru): sleep + 子 (ko): child = neko

How to Say Cat in Japanese

Neko can be written in 3 different ways in Japanese:

If you are writing it out for children, you may want to use either hiragana or katakana because these are easier to read (and they might not know the kanji character yet). However, there are no strict rules regarding which character to use. Your preference can depend on your feeling or writing style.

How to Say Kitten in Japanese

The word for “kitten” in Japanese is pronounced “ko-neko.” Koneko can also be written in:

The tricky part about writing kitten in Japanese is that it can be written in three different ways: 子猫, 仔猫, or 小猫. The 猫 (neko) character is the same, but the “ko” character changes. This is because “ko” has different kanji characters based on its meaning:

Here are some useful words related to cats in Japanese:

Some 地域猫 (chiiki neko) are called さくら猫 (sakura neko) because of their ear shape. To protect these outdoor cats, volunteers catch them so they can be neutered or spayed. Veterinarians cut the top of the cat’s ear, making a “V” shape. Because of this “V” shaped cut, their ears look similar to sakura (cherry blossom) petals. Japanese cat lovers eventually called those cats “さくら猫 (sakura neko).”

Sadly, many kittens and cats in Japan are known as 捨て猫 (sute neko), or abandoned cats. 捨てる (suteru) means “to throw away” or “abandon.”

Once people invite a cat into their life, they begin to love the cat so much that they post their cat’s photos and stories all over social media. Sometimes, people make a mistake while typing “ねこ (neko).” These “mistakes” created Internet slang: ぬこ (nuko), ぬっこ (nukko), and ねっこ (nekko), all meaning the same as 猫 (neko).

How Does a Cat’s Meow Sound in Japanese

Note: When children find a cat, they may say, “にゃんにゃんがいる (nyan nyan ga iru = there is a cat)” instead of “猫がいる (neko ga iru).” However, “nyan nyan” is also slang for sex. If someone says, “にゃんにゃんしよう (nyan nyan shiyō = let’s do nyan nyan),” they may want to go to bed with you.

No one knows when cats first came to Japan. It might have been 1,200 years ago when people were bringing books from China to Japan on boats. Some believe that cats have been introduced to Japan to protect important texts from mice. The bond that formed between Japanese people and cats generated many expressions and proverbs.

Since cats cannot eat food if it’s too warm or too hot, people who cannot eat hot food or drink are called 猫舌 (neko jita).

猫舌だから、冷めるの待ってるの。
(Neko jita dakara, sameru no matteru no.)
I cannot handle hot, so I’m waiting for it to get cooler.

2. 猫の手も借りたい (Neko No Te Mo Karitai): So Busy You Want to Borrow a Cat’s Paws

猫の手も借りたい
(neko no te mo karitai)
To need more hands (to help), even if they are a cat’s.

Use this when you are extremely busy. This expression is commonly used in daily conversations in Japan.

This expression is used to describe a tiny area.

猫の額ほどの庭。
(neko no hitai hodo no niwa.)
This garden is very small.

猫に小判
(neko ni koban)
Money for cats = Cat’s don’t know the value of money, so it is worthless to them.

小判 (koban) is an old Japanese expression for money, particularly coins. If you give money to cats, they won’t understand the value of it. 猫に小判 (neko ni koban) describes something meaningless.

If you leave fish bonito with a cat, the cat will surely eat their favorite food. This expression describes a temptation you can’t resist.

財布置いてトイレに行って盗まれたなんて、泥棒にとって猫に鰹節だよ。
(Saifu oite toire ni itte nusumareta nante, dorobō ni totte neko ni katsuobushi da yo.)
Your wallet was stolen because you left it (here) and went to the bathroom. That’s just like asking a thief to take it.

Some Japanese cat owners care a lot about pure breeds. Here are some popular cat breeds in Japan:

ミックス (mikkusu) was once called 雑種 (zasshu), which referred to any crossbred cats (that were not bred on purpose). Since the kanji 雑 (zatsu) means rough or carelessness, animal lovers changed 雑種 (zasshu) to ミックス (mikkusu) which includes the following types of cats:

As each generation changes, so do the names that people choose for their cats. In the past, popular choices included names like たま (tama), とら (tora), and ミー (mī).

Those names are still used today but are not as popular as they once were. Today, many cat owners name their cats based on eye or body color, favorite foods, or anime characters. Here are some popular Japanese cat names:

Many Japanese believe cats bring happiness. The most famous cat which brought happiness to Japanese people may be 招き猫 (maneki neko). 招く (maneku) means “to invite.” When you go to a restaurant or store in Japan, you may see one of these maneki neko statues. These cute cat statues/dolls can easily be recognized by their pose. One of the cat’s paws usually holds something, with the other paw raised in the air.

If the cat is raising its right hand, this usually means that the cat is inviting money. If its left hand is raised, the cat is inviting happiness. The origin of 招き猫 (maneki neko) is from two possible places, Gotokuji or Imato Shrine. If you are a cat lover traveling in Japan, it may be fun to visit these places.

In modern times, a famous story about cats bringing success can be found on this post: くるねこ大和 (kuruneko yamato – Japanese only). The author is a designer who had some cats. She posted her blog about her cats, and the blog became very popular. She published many books, and her cat blog became a TV anime show. She has since built a big house for her cats. Even after fame, she still takes care of many cats. Some of her fans think that her rescuing of cats brought good things back to her. This situation is called 猫の恩返し (neko no ongaeshi), or cats repaying her for her kindness.

Throughout history, cats have lived with humans to catch mice. In Japan, cats were not considered as important family members in the past. People fed cats left-over rice with miso soup called 猫まんま (neko manma).

Today, some cats are treated like royalty. Many Japanese people think of themselves as their cat’s servant, called 下僕 (geboku). People jump up and do whatever the cat asks, even though the cat doesn’t show much appreciation.

Of course, cats will occasionally show love in their own way. There are two personalities of cats that can melt the heart of any cat lover: ツンデレ (tsundere). Displaying cold, standoffish behavior is called ツンツン (tsun tsun), while expressing loving behavior is called デレデレ (dere dere). Therefore, ツンデレ (tsundere) means being cold at times but then all of sudden change into being loving and affectionate.

Japanese cat lovers feel this personality is the beauty of cats. If you love cats and meet a Japanese cat lover, you can talk about how much of a 下僕 (geboku) are you to your cat. You may end up talking to each other forever!