Home
Fun Stuff
Osaka vs Tokyo People: Are They Really That Different? 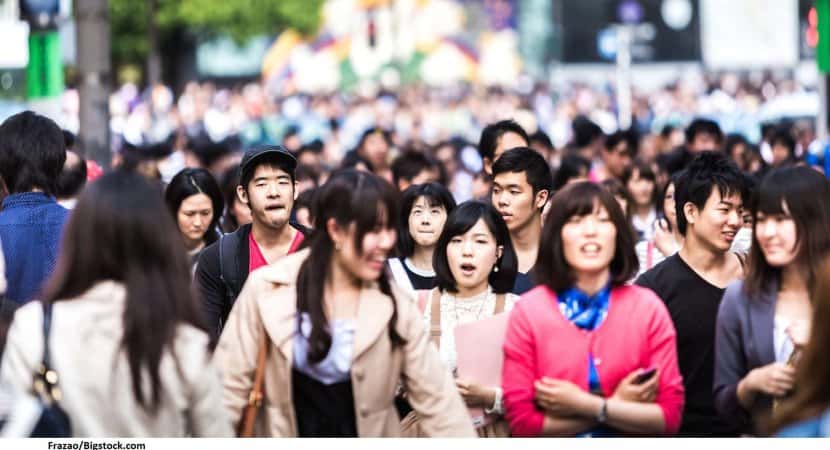 Why is there a big difference between people from Tokyo (the Kanto area) and Osaka (the Kansai area) in Japan?

If you spend any amount of time traveling in Japan, you might notice that people in different parts of Japan act in different, distinct ways.

An example of this can clearly be seen when comparing people from Tokyo, (who are stereotypically known to be more proper, polite, and shy) to people from Osaka (known to be louder, aggressive, but more friendly).

Let’s take a look at some of the differences between people from Tokyo and Osaka!

Where exactly is Tokyo and Osaka?

Why are the people from each region so different?

Let’s take a look the historical background of each area.

People from Osaka are often said to be the “Americans of Japan.”  This is due to having an image of friendliness, aggressiveness (compared to people in Tokyo), and not being shy.

To explain how this came about, let’s take a look at Osaka’s history.  Many people from the Kansai area have their roots in the mercantile class from the Edo era.

To sell lots of products and make a profit, they had to continuously attract customers and talk to whoever walked by their shop.  Because there were so many stores which sold similar products, there was lots of competition, and the customer always tried to barter for the lowest price.

This is the start of “値引き”(nebiki – discount).  Humor was often used in these situations.  Osaka people love to joke around, so they are always filled with laughs and fun. They also like talking about money!

Furthermore, Osaka people don’t sugar-coat things, and they are willing to go along with anything. They usually don’t prefer silence when they are around people, so they often will talk to break the silence.

Thus, they are often described as having a “mercantile spirit” and being “louder” and “never being shy.”    This is one of the reasons why Osaka is reputed to be more outgoing and assertive.

Here is an example of what a conversation between sellers and customers would be like in Osaka.

Seller: “Hello, if you use this cosmetic product, you will look 10-years younger! You should buy it today!”

Customer: “Oh that would be great!  But if I look 10 years younger I would need a younger husband! So no thanks!”

Instead of smiling with a bow (which mostly implies “no”) and politely saying, “no thank you” like many people do in Tokyo, Osaka people turn it into a joke.

On the other hand, in Kanto, the main stereotype is that they are reserved, shy, and even a little “cold.”

Tokyo people like to keep their distance between people.  The way we say things are more indirect, and may even seem like we “beat around the bush.”

Tokyo’s roots go back to “Buke”(武家) history (a samurai family). In contrast to Osaka, they prefer quieter situations and less confrontation in their lives and their history.

For example, in Tokyo, people are seen to be polite and have good manners, but they are not talkative to people they don’t know well.

Please do not misunderstand…this doesn’t mean that they are actually cold. They are just shy, and might not know what to talk about with strangers.

There may also be a fear of drawing attention to themselves, and sticking out from the people around them…even though they are surrounded by strangers all the time!

Once they get to know someone, Tokyo people are quite outgoing and friendly.

Different Posters in Osaka and Tokyo?

Even police posters in Tokyo and Osaka have differences. The people and police on these posters pose in very different ways.

For example, on a poster promoting Tokyo, the words, “anata ga mamoru Tokyo” (Tokyo is the place that is protected by you) is seen with smiling, polite police officers talking to an elderly couple.

A police poster from Osaka is drastically different. A picture of a police officer is seen chasing down a suspect.   The words written on this poster says, ”Ikuzo! Chikara no misedokoro ya!!” which means “Let’s go! This is where I’m going to show my skill!” Very different indeed.

The Colorful City and the Modern City

There is even a difference between the look of both cities. For example, the Tokyo area has lots of modern buildings, whereas Osaka has many colorful stores and restaurants.

The only exception to Osaka’s preference for colorful things appears to be with taxis. Did you know that more than 80% of taxis in Osaka are all black?

One of the reasons why Osaka people do this is that they don’t like to waste things. The black taxis could be converted to limousine taxis, which makes reusing them for different purposes cheap and easy.

In Tokyo, you can see green, yellow, and orange taxis.

Another famous thing in Osaka is “Osaka-no-obachan” which means, “’an (annoying) aunty from Osaka.”

They are known to like wearing leopard-print clothes. You’ll see tons of obachan who wear these types of clothes when you walk around in Osaka. They are strong-willed and very friendly, but can sometimes be seen as rude or even a bit annoying.

Whenever they go shopping, it is common for them to haggle for a better price. Sometimes, when there is a long line at a cashier, it might be because an obachan is asking for a discount (half joking ;P).

Having said that, Osaka-no-obachan have established themselves as a great symbol of the charming and lovable people in Osaka.

What do Osaka people think of people in Tokyo?

Some Osaka people believe that Tokyo people are not as friendly as people in Osaka, speak with a weird accent, and sometimes look snobbish.

Due to the indirectness that Tokyo people sometimes have, Osaka people feel that they can’t understand what people in Tokyo are thinking about.

Osaka has a long history. It has been around 2100 years since Kansai people first appeared in the history in Japan. They had a lot of power to occupy the west region in Japan; Shikoku and Kyushu.

After around 1700, their forces were weakened and they felt they lost to Tokyo, which became the center of Japan.

Of course, it is not necessarily true that Osaka people don’t like Tokyo people, but sometimes we hear complaints from Osaka people.

However, Japanese people respect each other and are proud to be Japanese no matter where they are from in Japan.

In fact, I stated above that Osaka people think the accent in Tokyo sounds weird.  The dialect of Tokyo is called “Hyojungo(標準語)” and is the standard dialect in Japan.

By contrast, Osaka-ben”大阪弁,” which is the dialect spoken in Osaka, sounds more casual and melodic.

Language Differences:  Words You Should Not Use in Osaka and Tokyo

Since the dialects are different, they each have their own definition for some particular words.

For example, “Baka(バカ)” means stupid or being foolish. However, it’s meaning can range from a dead-serious insult to a lighthearted tease depending on the context in which it’s used.

For example, when people are joking or teasing each other, they might use “baka.” It is really common in to use it jokingly in the Kanto area.

However, in Kansai, it is more common to say, “Aho(あほ)” instead of “baka.”

While these words mean the pretty much the same thing, saying “baka” to Osaka people would probably be offensive. This could even make people angry or feel uncomfortable. So please keep this in your mind!

Tips on How to Get Along With People from Both Regions

Here are some tips on how to get along with people from Kansai and the Kanto region.

If you want to be close with Kansai people, it is important to laugh a lot, particularly when they make jokes.

It is sometimes preferable when you do “tsukkomi”(ツッコミ). Tsukkomi is when a more serious “straight man” supports a wilder, crazier “funny guy” jokes. This is usually done by adding some sarcastic or funny dialogue to add to the humor of what the “funny guy” just said.

Usually, people like to make jokes and do silly things. When people do that, it’s a really good opportunity to try tsukkomi!

A common tsukkomi phrase is “nandeyanen!”(なんでやねん)which means “Come on/ what!?” in English. Saying this could be an icebreaker when you talk to Osaka people, as it will probably make them laugh.

If you want to get close to people from the Kanto region of Japan, it is important to give them some personal space at first.

Don’t be pushy or overly friendly in the beginning, as many people can get nervous easily .

Once you feel more comfortable talking to them, you can gradually close the distance.

This way, people will also feel more comfortable talking with you. And when you talk to someone for the first time, it’s better to  use “keigo”(polite/honorific words) in order to start off on the right foot.

Even though they are only 500 km away one another, the Kansai and Kanto region each have their own differences in culture, society, and language.

If you have not visited either place yet, you definitely should.  It will broaden your views of Japan. You can experience firsthand the differences that no book or article can teach you.

If you have any questions or comments, please leave them down below!

Yuka Fujiwara went to live abroad in Toronto, Canada in 2011 on a working holiday visa. She had a great time spending one year going to a school and working. She later returned to Japan and worked as a bilingual professional secretary at a global company in Marunouchi, Tokyo.  She didn't get enough of  Canada the first time, so she moved back.  Loves writing and reading, and has a passion about conveying accurate, useful and interesting Japanese culture to others.