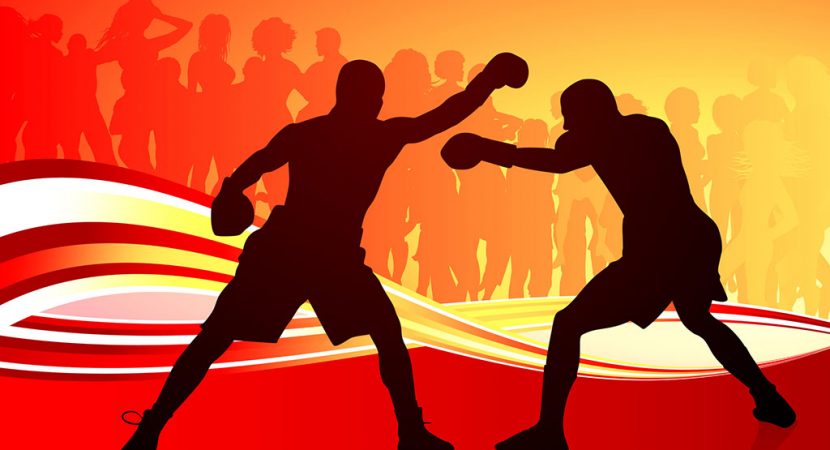 Tension, electricity, and adrenaline are exactly what we feel when we delve into the world of sports manga. We feel a bond with our teammates as we read through the pages.

Below we’ll take a rundown of the best sports manga ever, introducing our favorite teammates along the way!

Our first stop on the sports manga tour takes us into the world of soccer (football to all you Europeans out there) with Blue Lock. Focusing on Japan’s hunger for winning the coveted World Cup, a larger-than-life head coach, Jinpachi Ego, is brought in to get the job done.

Jinpachi introduces his revolutionary idea, the Blue Lock. A facility built to weed out the weak and find Japan’s new National Team striker by pitting each of the three hundred competitors against each other until only one remains.

We follow Yoichi Isagi as he enters the Blue Lock to prove that he deserves to lead Japan on their journey. This manga shows that personality counts just as much as raw talent.

We delve into the players’ mindsets, egos, and self-confidence, as a true-to-life tale of human nature where winning is everything.

With Smash!, we navigate both the badminton court and the desires of young hearts.

Shouta Azuma lives a carefree life, spending his free time playing badminton just for fun, that is, until he comes across the mute “Badminton Goddess,” Yuhi Kitou.

Enchanted by Yuhi as she lights up the courts with her graceful style and incredible talent, a fire is lit under Shouta without him even knowing her name, and just as quickly, she’s gone.

The search for Yuhi begins and thus starts a journey of love and passion as Shouta climbs the ladder of competitive badminton in hopes of reaching his goddess. With his newfound love of the game, he fights against challenging competition and betters himself day by day, never letting Yuuhi out of his mind.

This becomes a story of badminton fuelled by a dreamer’s romance, meshed perfectly between the two genres. This story is enough to captivate the die-hard sports fan and romance readers alike.

Catch up with Smash! Volume 1 (Japanese version only) here on Amazon: スマッシュ！(Japanese Edition)

There is also the 18 volume set available, but it is all in Japanese (Japanese edition): スマッシュ! コミック 全18巻完結セット

In One Outs, we raise the stakes of sports manga by pitching in the thrill of gambling; taking risks and making bluffs with one of Japan’s most loved sports, baseball.

One Outs is played between one pitcher and one batter, with money on the line, and is currently ruled by Tōa Tokuchi, with his record of 499 wins to zero losses.

Back on the regulation diamond, we meet Hiromichi Kojima, the Saikyō Saitama Lycaons star batter, and experience the woes of being the worst team in the division. Desperate for a new ace pitcher, fate brings our two together over a game of One Outs with more than money on the line.

This manga puts a literal price tag on the ups and downs of professional sports, adding extra thrills to every pitch and swing of the bat. This manga questions whether a professional in mind games and pitching can make a difference in the big leagues.

If you can read Japanese, you can grab a ticket to One Outs Volume 1 (Japanese edition) on Amazon here: ONE OUTS 1 (ヤングジャンプコミックスDIGITAL) (Japanese Edition)

This manga follows academically gifted Eiichirō Maruo, who was blessed with brains but cursed with a lack of physicality.

Maruo’s unhappy with his current state of affairs, deciding that his life needs more exercise, he stumbles upon a flyer for his local tennis club and takes a chance. Racket in hand, he’s immediately enthralled by what he sees, and an obsession begins to grow!

The best aspect of this manga is its realism. Our protagonist isn’t some big-shot prodigy, but just a boy starting out like everyone else, with nothing but dedication and hard work to push him through!

Along with the sports theme, this manga also tackles comedy with glimpses of romance. Being set in high school, we’re juggling the major themes in Maruo’s life.

The manga itself wastes little time, with its fantastic pacing and penchant for keeping long, drawn-out chapters reserved for the matches that deserve them.

An absolute artistic joy, Eyeshield 21 combines a great story with some of the most interesting artwork featured on this list!

Introducing lifelong victim, Sena Kobayakawa, who’s had so much practice trying to flee from bullies over the years that it’s business as usual when he’s enrolled into Deimon Private High School.

While making a fast-footed escape from his latest threat, Sena is noticed by Youichi Hiruma, captain of the Deimon Devil Bats American Football team. Sena is forcibly recruited onto the team as their star running back, much to his despair.

Bestowed with the number 21, along with a unique helmet to hide his identity, Sena becomes a crucial team member in their journey to the Christmas Bowl.

A sport with so many players, Eyeshield 21 does a fantastic job sharing the spotlight and showing off each character’s diverse and relatable backgrounds, making each play all the more thrilling and personal while we’re cheering on the Deimon Devil Bats!

A different take on a baseball manga, driven initially by regret and frustration, we’re introduced to Eijun Sawamura, ace pitcher, as he faces the lowest point in his student sporting career.

The standout member of the team, Eijun, carries the recent loss on his shoulders and vows that his team will make amends come next year. Before he can make good on his promise, Eijun is scouted due to his unique pitching style and invited to join the prestigious Seidou High School.

This manga gives us a behind-the-curtain look into a team where everyone is a prodigy in their own right. Competition thrives, and each player has to overcome teammates before they can even think about the opposition.

The story excels in its use of comedy and tension in equal amounts, igniting a love for baseball that we never knew we had!

Take a swing at Diamond no Ace Volume 1 on Amazon here: Ace of the Diamond Vol. 1

Our first steps onto the basketball court lead us into Seirin High School, joining Taiga Kagami, back from playing in the United States, and Tetsuya Kuroko, a seemingly unremarkable but hardworking team player.

After disbanding the legendary Generation of Miracles (five prodigies all playing together), we follow Taiga and Tetsuya as our duo set their sights on overcoming each of these gifted players to become the best basketball team in Japan!

Kuroko no Basket has that perfect mix of the shounen storytelling, mixed with adrenaline-pumping sporting electricity, as we learn more about the Generation of Miracles and their mysterious, so-far unknown, sixth member.

As we follow Seirin High School through their games, living each victory and loss alongside them, we start to experience genuine emotion and connection with the players. Savoring every victory and learning from the defeat, Seirin High School strives to dominate the courts and reach that almost unattainable “zone” all athletes spend their careers chasing.

A veteran in the sporting manga circle, Hajime no Ippo introduces us to Ippo Makunouchi, a hardworking 16-year old struggling to balance high school life and helping out the family business. With a suffering social life, Makunouchi falls prey to a gang of bullies but is saved by boxer Mamoru Takamura.

Mamoru welcomes Makunouchi into Kamogawa Boxing Gym and introduces him to the world of boxing. Armed with a natural talent and a hunger for the sport, this underdog tale sets off as we follow Makunouchi chasing his newfound passion into the world of professional boxing.

This manga delves into the different types of strength we possess, mentally and physically; both crucial for success while being fuelled by pure determination and grueling hard work.

This formula creates fantastic character development and fully fleshed, relatable, emotional connections with Makunoichi, which showcase exactly why this manga phenomenon is still so popular today!

Lace up your gloves and join by grabbing Volume 1 (Japanese edition only) here on Amazon: Hajime no Ippo (Japanese Edition)

Haikyuu!! became an instant classic, followed by a cult-favorite anime. This volleyball adventure exploded onto the scene as an almost overnight sensation. We find ourselves enrolled in Karasuno High School along with Shōyō Hinata and Tobio Kageyama, past enemies on the court soon to become unlikely teammates.

As the story begins, we focus mainly on Shōyō and his obsession with becoming the next “Little Giant” of Karasuno High School, making up for his lack of height with an abundance of enthusiasm with an extra spring in his step!

This manga tackles friendships, sportsmanship, drama, and personal growth, on and off the courts, to a roaring chorus of enthusiastic crowds.

With helpful tips, great explanations of the rules, and breakdowns of technical terms throughout, every page of this manga is a learning point; by the end, you’ll be cheering on every dig, set, and spike performed by our Wingless Crows in black and orange.

Join up with Shōyō and Tobio in Haikyuu!! Volume 1 on Amazon here: Haikyu!!, Vol. 1

A good sports manga knows what it needs to deliver; Slam Dunk is an exceptional manga that exceeds all sporting expectations, throwing in action and humor to boot.

Starting his first year at Shohoku High, we meet Hanamichi Sakuragi, taller and stronger beyond his years, reeling from his most recent rejection and looking for any opportunity to get a girlfriend.

Hanamichi unwittingly declares his love for basketball, a sport he truly hates, to impress Haruko Akagi. This begins his journey into a new world of sport, talent, and competitiveness.

Slam Dunk walks us through the sport of basketball through the eyes of a novice, teaching us the fundamentals and letting us progress with Hanamichi as the story continues. We also feel the realism of sport; when players are exhausted, their plays suffer, they become vulnerable to making mistakes and show their human side.

The perfect balance of sports, humor, and action makes Slam Dunk the standout sports manga of its time, and if you’ve ever been on the fence about starting a beginner-friendly sporting adventure, Shohoku High is the perfect place to begin!

Join up with Hanamichi over in Slam Dunk Volume 1 on Amazon here: Slam Dunk, Vol. 1

If you can read Japanese, check out the massive 31 volume Japanese edition set here: [Slam Dunk] a Whole Volume Set (1-31)

You’ve seen our best sporting manga, now get involved and let us know if we’ve missed one of your favorites down below in the comments!

Elliott was born and raised in the United Kingdom, getting his degree in Business Management and Marketing before jetting off to spend the next two years living in France. He had an early passion for film and television, with a certain penchant for what Eastern culture has to offer. From the classic movies of Akira Kurosawa and early Dragon Ball manga to the yearly seasonal anime that Japan has to offer. He may be living back on English soil, but it’s clear to see where he escapes to spend his free time!