Home
Useful Japanese Lessons
How Do You Say Mother in Japanese? 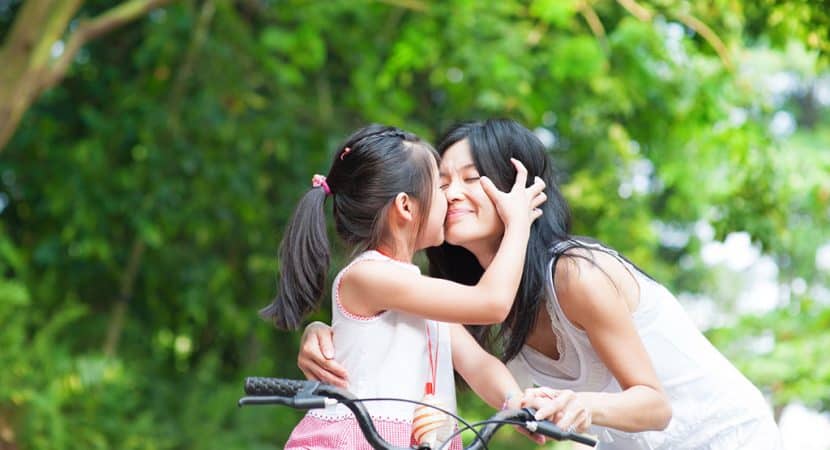 Some children will call their mother’s お母ちゃん (okaachan) instead of okaasan. There are some people who drop the お (o) from okaasan and call their mothers 母さん (kaasan). Adults sometimes use these words when they want to show endearment to their mothers. Regardless, okaasan is undoubtedly the most common and pliable way to say mother in Japanese.

1. お母さん！俺の靴はどこにあるか知ってる？
(Okaasan! Ore no kutsu wa doko ni aru ka shitteru?)
Mom! Do you know where my shoes are?

母 (haha) is the humble word for mother in Japanese. If you were to talk about your mother (to people outside of your family) in a formal situation, haha is the word you’d use. Because this is humble Japanese or 謙譲語(kenjougo), it’s rude to refer to other people’s mothers as haha. Only use this word when you talk about your mother.

The word お袋 (ofukuro) is a less formal way to refer to your mother when speaking to others. Some have posited that ofukuro is not culturally or grammatically “correct,” but the word has still become commonplace. You can use ofukuro either in formal settings or around your friends. It’s even possible to call your friends’ mother ofukuro, so long as you add -san.

母親 (haha oya) is a broader term for mother in Japanese than the previous words. Haha oya refers to any female that has had children.

This could technically mean a human mother or another type of animal. Haha oya shouldn’t be used to call your own mother, as it would feel cold and distant. It is possible to use it to refer to the mother of someone to whom you’re speaking, but if you want to play it safe, お母さん (okaasan) will work for most situations. Haha oya should be used for the third party only.

The word ママ (mama) is used by little children in Japan to refer to their mother. It has the same nuance as the word “mommy.”

Like okaachan, the word mama may be used by adults as a term of endearment. However, the nuance of mama is more childish. You definitely wouldn’t want to refer to your mother as mama in adult company.

おかん（okan） originates from the nationally beloved Osakan dialect. However, the term spread and is now common in all prefectures of Japan. Okan is a pet name for mother in Japanese.

Think of it as the English equivalent to mom, mama, or mommy. The nuance to okan is a bit less childish than that of mama; however, it’s still most common among middle and high school students. Adults wouldn’t use the word okan in public or formal settings.

御母堂 (gobodou) is an extremely formal way of referring to someone else’s mother. Gobodou is 尊敬語 (sonkeigo)or respectful Japanese. More often than not, the suffix 様 (-sama) will be affixed at the end.

Gobodou is an uncommon word. It’s mostly used in formal writing, such as in a letter or an invitation. You’re most likely to find gobodou in situations like a letter announcing the death of someone’s mother or in a letter of condolence given at the funeral.

Technically, 母上 (haha ue) is getting to be an obsolete term. It’s origins are unclear, but it appeared in a book of poems in the Heian Period (794-1185). Haha ue was often used by samurai families. It means mother in archaic Japanese.

While you wouldn’t call your own mother haha ue, you will definitely hear the word if you ever watch a samurai film in Japanese.

Some Japanese people call their mothers haha ue as a joke, but there are some people who use it normally to refer to their mother. Whether you like period films or just want to make your host mother smile, haha ue still has its uses.

There is a multitude of ways to say mother in Japanese. However, you can’t go wrong with the standard, “お母さん (okaasan)” for most situations.

How do you say mother in your language? Let us know in the comments! Thank you for reading!