Home
Useful Japanese Lessons
How to Say Husband in Japanese 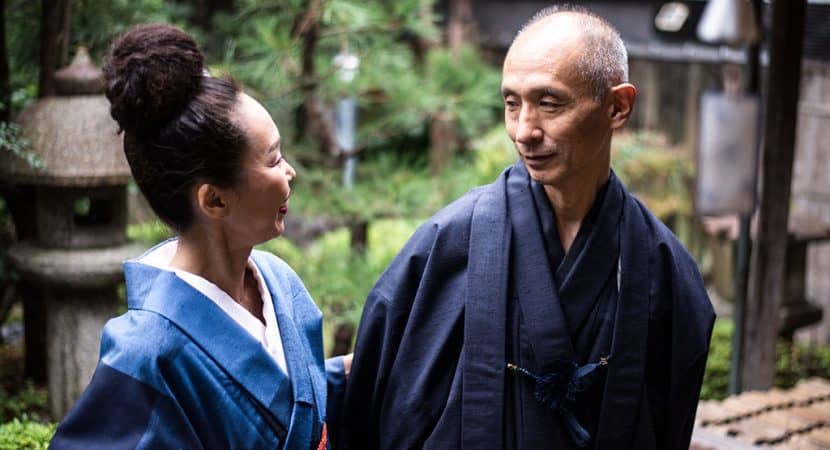 The “standard” word for husband in Japanese is 夫 (otto). Whereas there are many nuanced words for wife in Japanese, “husband” has only a few specific terms that depend on whose husband is being referred to. In this article, we’ll look at the different ways to say husband in Japanese.

Shujin originally meant master or master of the house, depending on the context. This is just one sign of Japan’s patriarchal roots that tend to draw the ire of international scholars and journalists. Worse, the word shujin is still used in the context of “master” or “owner” when it comes to pets.

This, plus the generous use of the more honorable word ご主人様 (goshujin-sama) in Japan’s anime and maid café culture, causes more than a few young people (foreign or native) to balk at using shujin in daily conversation.

Despite the debate over whether to say shujin, it remains the term for husband in Japanese when you’re in a formal situation. Remember that shujin can only be used to talk about your spouse. If you absolutely can’t stomach the history behind this word, then 夫 (otto) is the safest word for husband in Japanese.

The word 旦那 (danna) is used to refer to the husband of someone else in Japanese. Like shujin, danna is a term that holds some patriarchal history.

Geisha and others originally used it in the service industry to address the noble, high-ranking men they attended to. Because of this, danna has an honorific nuance. This makes it ideal for referring to someone else’s husband: you are honoring them with your speech. Be sure to add the suffix -さん (-san) in polite conversation.

Technically, referring to your own husband as danna would be lifting him—and in a sense, yourself—above the person you’re speaking to. A generation or more ago, it would be considered rude. However, younger Japanese people have been interchanging danna and shujin more often, especially as the patriarchal nuance of shujin becomes less palatable. You’ll probably hear a young Japanese person refer to their husband as danna. We recommend that you only do the same if you’re among friends or surrounded by people who are the same age.

夫 (otto) is the general term for husband in Japanese. It can be used either for someone else’s husband* or your own spouse. To avoid confusion over whose husband the word is referring to, it might be best to add possessives like 私の (watashi no) or あなたの (anata no) before otto. Young people who feel uncomfortable saying shujin often use otto instead.

*Note:  夫 can be used to talk about someone else’s husband, but ONLY in the third person.  This means you wouldn’t use 夫 with someone you are speaking to directly (Example:  How is YOUR husband?  What is YOUR husband’s name?  etc.).  Example #1 below is okay, since the conversation is about a third person (Sakura’s husband).

Otto is also commonly found in legal documents or other paperwork. It will always appear in kanji; be careful to confuse it with the kanji 未 (mi), or future. There’s only one stroke’s difference between the two!

A far more modern saying than the others on this list, うちの人 (uchi no hito) is used by women when they’re among friends or family. Uchi no hito literally translates to my person. It’s a fond term, almost a pet name. An American-English equivalent might be “my hubby” or “my guy.”

While it’s technically gender-neutral, uchi no hito is almost always used by women to refer to their spouses. It’s an informal phrase and should by no means be used with strangers or in the company of one’s boss.

The word あなた (anata) translates to “you” in Japanese. However, many married women have taken to using it when speaking to their husbands directly. This term’s nuance is similar to the English “dear,” “sweetie,” or other pet names.

It’s important to remember that anata is a direct address; it can’t be used to speak about your husband to someone else. Anata can be shortened to あんた (anta). This is conversational Japanese and is rarely written.

As is the case with okaasan, this term is only applicable to husbands who are also fathers. Spouses might call their husbands otousan directly or use the term when speaking to their children about their husbands/fathers.

The term 既婚男性 (kikon dansei) is a very broad term for men who are married. Kikon dansei will typically only appear in textbooks, polls, and reports. It is certainly not a term you’d want to call your husband or someone else’s. However, kikon dansei can be seen in the local news or other daily media. It’s recommended to be aware of this term and its meaning.

新郎 (shinrou) is the Japanese word for a husband who has recently married. It’s also used to refer to the groom on his wedding day.

The word 婿 (muko) is the Japanese equivalent of son-in-law. It refers to a man that has married into the family—with a very specific exception.

Muko can only be applied to a husband who has taken the family name of his spouse. This is important in Japan because the tradition of 戸籍 (koseki), or family lineage/registry, is still running strong. It isn’t uncommon for the husband to take his wife’s family name, especially if there are no living male heirs.