Home
Useful Japanese Lessons
How to Say Wife in Japanese 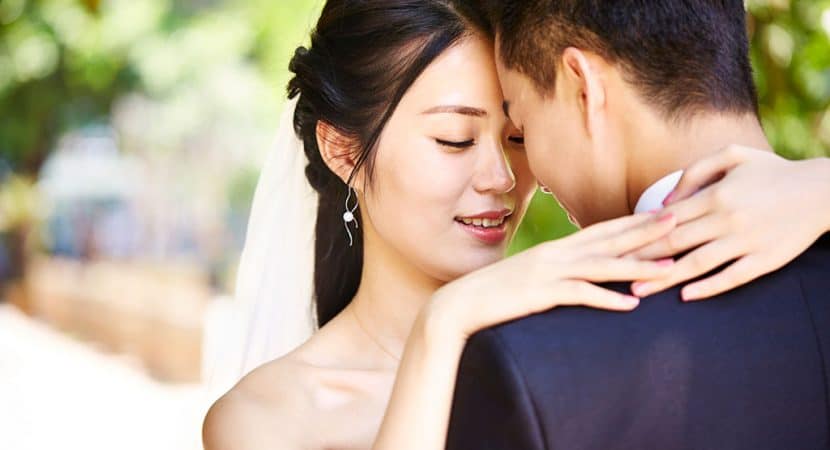 The word 妻（tsuma） is one of the most common terms for wife in Japanese. However, be careful about how you use it: you only use tsuma to refer to your own wife.

For this reason, Japanese people often leave out possessive pronouns such as 私の (watashi no) or 僕の (boku no) when referring to their wives. “My” is already implied in the word 妻. This doesn’t mean it’s improper grammar to include a possessive pronoun; it simply isn’t necessary to do so.

As mentioned previously, 奥さん (okusan) is the most common term for wife in Japanese. The word has a patriarchal history to it, as the kanji 奥 indicates the inner part of one’s house where a wife was expected to stay.

In modern times, there is no such nuance. Okusan simply means wife or married woman. It is most commonly used to refer to someone else’s wife since it is a polite term. Using it for your own wife makes it sound like you are “honoring” her, but the number of people using it this way has been increasing lately.

Okusan can also be used to address a married woman in polite conversation. The honorary suffix -様 (-sama) might be added depending on the formality of the situation. Despite its archaic roots, okusan has become the most common and pliable word for wife in Japanese.

嫁 (yome) is a word that even Japanese people don’t use correctly all the time. The word is often confused with 花嫁 (hana yome), or bride. Even native speakers will use yome as a shortened version of hana yome, but in reality, yome is a word of its own: it means daughter-in-law.

Members of the husband’s family may call a wife yome in Japanese, but it’s technically incorrect for the husband to refer to her that way.

It would also be technically incorrect for an in-law to say my daughter-in-law. Personal pronouns like 私の (watashi no) or 僕の (boku no) are instead replaced with うちの (uchi no).  Uchi refers to inside or family; the daughter-in-law is referred to as an official family member.

The word お母さん (okaasan) doesn’t actually mean “wife.”  It’s more of a pet name that some husbands call their wife.

お母さん is the Japanese word for mother.  If a stranger or service industry worker knows that the woman they are speaking to is married and has children, calling her okaasan or okaasama is a polite and honorific thing to do. Some common examples would be when teachers talk to their student’s parents or when a doctor is speaking to the mother of their patient.

Within the home, husbands often begin calling their wives okaasan once they have children together. This is usually because they want to teach their children how to say mother correctly.

However, this is not honorific Japanese, and the husband might even make it more like a pet name by replacing “san” with “chan.” (okaachan, or the even more informal kaachan).

Be careful though. If you get married to a native Japanese speaker, there’s a good chance she might hate you calling her “kaachan,” as shown by this survey done by Rie Kakoi, a psychological counselor (page is in Japanese only).

The word 夫人 (fujin) is an older term for wife in Japanese. It was once used to refer to powerful noblemen’s wives or even the emperor’s consorts. These days, fujin maintains a nuance of blue-blooded nobility. People only use it to refer to wives of CEOs, politicians, or other famous people. It is a formal term that is rarely used in casual conversation.

When fujin is used, it replaces the suffix -san as a titular word, but you can use “-sama” (fujin-sama).

家内 (kanai)  is another Japanese word for wife that has roots in patriarchy. Kanai literally means “inside the house.” In old times, this made sense as men worked in the fields while their wives worked in the homes.

In modern Japanese, kanai is a very humble way of referring to one’s wife. Like 妻（tsuma）, it can only be used to refer to your spouse. Possessive pronouns like watashi no or boku no (meaning “my”) are already implied within the word itself (kanai = my wife).

Because it is 謙譲語 (kenjougo), or humble Japanese, kanai should only be used to describe your wife (you are being humble) and NOT someone else’s wife.

The word 女房（nyoubou）is still a common Japanese word for wife. However, it is quickly becoming a dated term. Most people who use nyoubou to refer to their wives are middle-aged or older.

Nyoubou isn’t a formal word for wife in Japanese. If you want to use it, it’s best to make sure you’re among friends or family. Like tsuma and kanai, the word nyoubou is more often used for one’s wife than for another person’s wife. It has the same sort of nuance to it that “my old lady” would in English.

However, the word 姉 (さん) 女房 (Ane (san) Nyoubou) is sometimes used to describe a wife who is older than her husband (example #2 below).

かみさん（kamisan）is a Japanese word for wife with an interesting nuance to it. Men who refer to their wives as kamisan are implying that she’s the one who “wears the pants” in their marriage. The title infers that this wife is knowledgeable, skilled, or has a strong personality. Of course, some husbands call their wife kamisan as a term of endearment, or even as a playful joke/pet name.

Kamisan is a word you’d only use among close friends or family. It’s a fairly informal word for referring to your wife, so don’t use it in formal situations. But if you are close to someone, you can use this to refer to their wife (example #3 below).

A twist on kamisan is one that’s often found in literature or period manga: おかみさん  (okamisan). This was the official title for speaking about or addressing the wife of a local innkeeper or restaurant owner. Even today, okamisan is sometimes used for landladies or other types of women in the lodging industry.

A gender-neutral way to refer to one’s wife would be with the word 配偶者(haiguusha).  This is often used in legal situations or paperwork. Haiguusha can technically refer to either the husband or the wife. If you’re a foreigner with a Japanese spouse, you’ll likely have a haiguusha visa.

While common in paperwork and legal situations, haiguusha is not a great term to use in spoken Japanese. It is one that you’ll often see if you live in Japan as a married person, however.

As you can see, there are many ways to say wife in Japanese. If you’re unsure about which word to use, try to “read the air” or use the “general” term 奥さん (okusan) to refer to someone else’s wife. If you’re talking to someone else about your wife, using the word 妻 (tsuma) would a safe choice. If you are wondering what to say to refer to your wife, ask her to see what she prefers 🙂

Are there any special words for wife in your language? Let us know in the comments! Thanks for reading this article on how to say wife in Japanese.