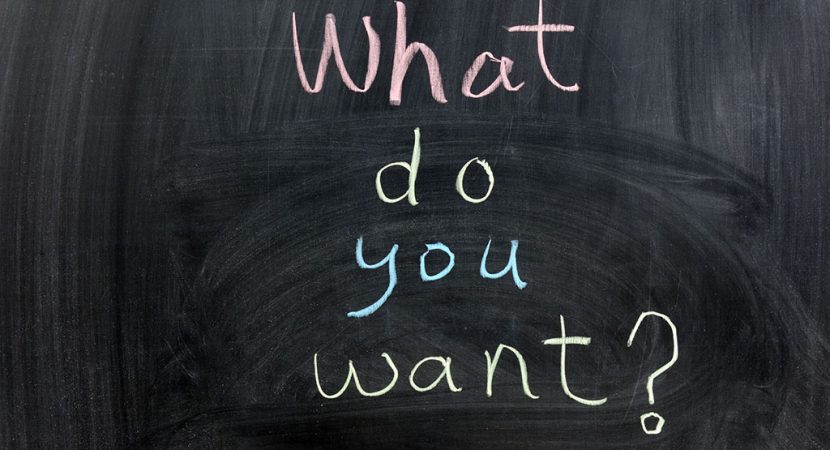 In Japanese, the ～たい（-tai）form is used to express desire. When a verb is conjugated using the -tai form, it means, “I want to [verb].” To conjugate the -tai form, remove -masu from the -masu form of the verb and add -tai in its place.

The -tai form is used when you want to express your wish or desire to do something. It can only be used for actions (verbs). For nouns (physical objects, as in “I want money.”), you will use the word “hoshii” (more on this later). The -tai form is used to express your desires instead of someone else’s. There are ways around this rule, but we’ll get to that later as well.

Japanese sentences are structured using the Subject Object Verb (SOV) structure, while English uses the Subject Verb Object (SVO) approach. You must consider this when creating a sentence using the -tai form as well.

The Japanese version of this sentence looks more like this:

Literally translated, the English of this restructured sentence would be:

I Shibuya to want to go.

The general formula for a sentence using the -tai form in Japanese is:

Common Verbs in the ­-Tai Form

Using -Tai in the Past Tense

The -tai form can also be used to refer to a desire you had in the past. The conjugation changes slightly: the i in -tai is dropped and replaced with -katta.

Using this formula, let’s look at the previous example. In this case, you wanted to go to Shibuya.

Using Tai to Talk About Another Persons Desires

Under special circumstances, it’s acceptable to use the past tense of the -tai form to speak about someone else’s desires. However, the speaker must be confident that the third party they’re referring to truly had those desires. For example, at funerals, the deceased’s wishes are better referred to using -tai.

As the person is no longer around to voice their own wishes, it’s up to those who knew them best to speak on their behalf. However, aside from these more solemn situations, Japanese people don’t use the -tai form to refer to third party wishes unless they are repeating what they heard.

Let’s say John told you, “I want to eat ice cream (私はアイスが食べたいな).” If Mary comes along as asks, “What do you guys want to eat?” You can repeat what John said using the tai form: ジョンはアイスが食べたいって。 (Jon wa aisu ga tabetai tte) – Jon said he wanted to eat ice cream.

We’ll cover this in more detail later in this article.

Here’s the conjugation formula for -tai in the negative form:

Using the initial formula for conjugating the -tai form, drop the i and replace it with -kunai.

Let’s look at our example of Shibuya again. In this case, we’ll assume that you don’t want to go to Shibuya.

If you’re referring to something you didn’t want to go/do in the past tense, you need to replace the negative particle ない（nai）with its past tense form なかった（nakatta) .

Here is the same sentence about not wanting to go to Shibuya, but in the past tense.

Japanese has many levels of formal language. To make a sentence that uses “tai” more polite, simply add “です” at the end.

In the informal example, the speaker’s pronoun (私) is omitted entirely. This is a common practice in both casual and polite Japanese if the subject is already understood. In the second sentence, adding 私 (watashi) makes it sound more formal, but it would sound “stiff” if you already used 私 in your previous sentences.

However, the inclusion of desu is good for polite conversation. Omitting it would be acceptable if you’re speaking with people from your inner circle. In Japanese, the inner and outer circles of social contacts in your life are tied to levels of honorific Japanese.

Another polite and natural way to state your desires using the -tai form is to say that you think you want to do something. The sentence structure would look like this:

For example, let’s say that you want to go to Shibuya with your boss and coworkers. Wanting to keep your request polite formal, you say:

Using the -Tai Form in the Third Person

As mentioned earlier in this article, you would use the -tai to express your own desires. However, there is a way to use it to talk about what other people want to do. But first, let’s look at useful words/phrases you can use with tai to describe what other people said.

The easiest way to refer to a third party’s wishes using the -tai form is to add hypothetical or “he said, she said” phrases. Some of the more popular phrases include:

These phrases are placed after the –tai form of the verb and end the sentence. Here are a few examples:

You maintain that you aren’t 100% certain about the third party’s wishes using speculative language. This is considered a polite way of referring to someone else’s desires.

The ­-tagaru form is technically a combination of the -tai form, plus がある（ga aru）。 It is the sibling of the -tai form and is used to refer to a third party’s desires. The meaning is the same: to want.

You don’t need speculative phrases when using the -tagaru form. Just conjugate the verb you wish to use and put it into the sentence.

More often than not, the -tagaru form is used in the continuous tense. The exception to this is when the desire is habitual, not current, or finite. For example, if Mike ate ramen on Tuesdays, the sentence would look like this:

Do you understand the difference?

In the negative tense, the -tagaru is conjugated a bit differently than the -tai form.

Simply conjugate the “ru” from -tagaru into the negative for to make -tagaranai.

While the -tagaru form is useful, it’s not as colloquial as using the -tai form with speculative language. You will likely find the -tagaru form in written Japanese and hear the speculative language combined with -tai when it comes to third party wishes. Feel free to use whichever one you’re comfortable with; both are acceptable in polite conversation.

The -Tai Form and Particles

Japanese particles can be confusing to many learners. This is especially true for the -tai form, as native speakers might leave out particles altogether when expressing their desires using -tai.

The two particles that can be used with the -tai form are を（o）and が（ga）. The ga particle is very similar to the は（wa）particle, which is often taught as the Japanese subject or topic marker. Ga is used in the place of wa if there needs to be a distinction about which subject is the actual topic of the sentence. The use of ga hints that there might be multiple unspoken options or subjects behind the sentence, while wa demonstrates a solid and singular subject. Many Japanese speakers will also use ga if something needs to be emphasized. For example:

The を particle is used to mark a direct object. It will be found after the O in Japan’s SOV sentence structure. For example, if you want to say that you’re reading a book, the word book will have o placed after it as a marker.

Technically speaking, there’s no right answer to which of these particles fits best with the -tai form. However, you might notice that more Japanese people use the ga particle. This might be in part to emphasize something they desire more than other things. While it isn’t incorrect to use the o particle while expressing your desires, it’s best to be aware that most Japanese speakers use ga.

Another important thing to remember is that in casual, spoken Japanese, the particle is often left out altogether (along with the formal “desu). The subject can also be left out, as the -tai form is only used to refer to yourself.

Japanese particles are tricky, but as the saying goes, “Language is alive.” By listening and speaking often, you’ll gain a natural feel for when and how to use your particles.

The -Tai Form vs. 欲しい（Hoshii）

The verb 欲しい（hoshii）means to want, to desire. It’s used when you want a physical object (noun).

The typical sentence structure for using hoshii to describe something you want is:

As with the -tai form, the subject of this sentence will almost always be you. The object will be a noun, and the particle will be が (ga) in most cases. Let’s look at this example sentence:

When conjugated in the negative or past tense, hoshii acts a lot like the -tai form. The last “i” is changed into “kunai.”

For hoshii in the past tense, you would change the last “i” into “katta.”

Hoshii: Wanting Someone Else to Do Something

Hoshii can be used if you want someone else to do something. To do this, add “ほしい” to the te-form of a verb.

Notice that the “I” is omitted from the Japanese sentence. Anyone hearing this sentence will understand that you are the subject (since you are the one saying the sentence). The “you” (あなたに) could also be omitted in this case.

This pattern is also used when you want an organization, company, or even nature to do something.

There is an abundance of ways to express your desires in Japanese. However, it’s important to remember that speaking about someone else’s desires requires a bit of fine-tuning or a different verb form altogether.

What is something that you want right now? Try writing it in Japanese in the comment section below! Thank you for reading this article on the -tai form, and good luck with your studies.