Home
Places to Visit
Hiroshima Castle: Rebuilt from the Ashes 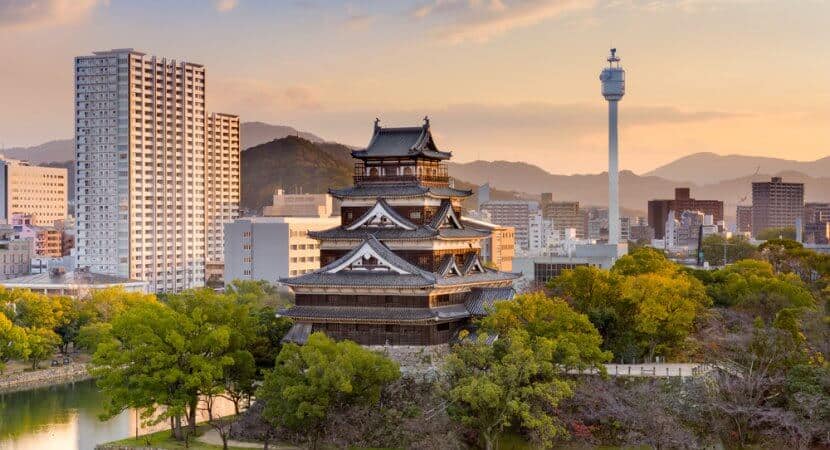 The castle grounds were used as army barracks during the war, making it a target for US forces. What remained of the castle (already reduced after the Meiji Restoration) was destroyed in the atomic blast.

Today’s castle is a recreation built in 1958. What sets it apart from other recreated castles is the amount of solid English-language information provided to visitors.

Before Hiroshima castle was built, the Hiroshima was called Gokamura, meaning “Five Villages.”

The castle’s story is intertwined with the formation of Hiroshima, giving a slice of history overlooked in comparison to Hiroshima’s wartime history.

There are good views of the city from the top of the five-storey castle tower, and the grounds within the moat are a pleasant place to walk. Three of the trees within the castle walls survived the Atomic Blast to this day; a eucalyptus, a willow and a holly.

While not the most breathtaking castle in Japan, Hiroshima Castle is worth a visit if you have extra time on your hands.

Take either the number 2 or 6 tram (headed to Eba or Hiroden Miyajima-guchi, respectively)

Get off at either Kamiyacho-nishi stop, or Kamiyacho-higashi stop (14 minutes, 160 yen each way).  Hiroshima Castle is a 15 minute walk from either stop.

For more information, check out the Hiroshima tourism site here.