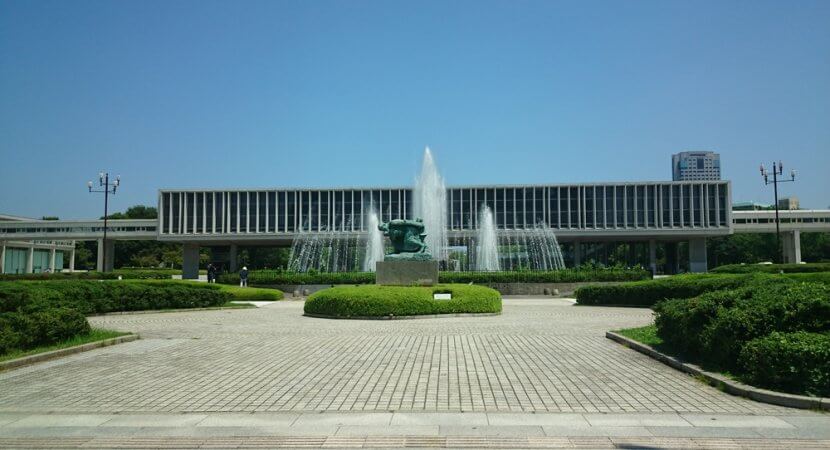 No matter what your opinion on nuclear weapons or the war is, the Museum will challenge you. Be aware that you will likely find the visit emotionally draining, so it may be a good idea to take some time to decompress and recover after your visit.

The Hiroshima Peace Memorial Museum tells the story of the bombing through personal effects and photographs.

In making the tragedy human, the museum highlights the horror of the bombing unflinchingly.

A child’s melted lunchbox, a shadow burned into a stone and later identified as someone’s mother, and a watch frozen at the instant the bomb dropped, are among the artifacts telling the story of August 6th, 1945.

It can be overwhelming.

At times, the museum is crowded with students there on school trips. It can be uncomfortable for many reasons. There are seats placed throughout the museum. Sit down if you find yourself becoming overwhelmed.

The museum has a powerful effect on visitors, and in my opinion, it is better to take your time, showing your respect for the bomb victims, than to rush it.

The Museum is currently undergoing extensive renovations. The Museum’s East building is closed until February 2017,but the main building is open to visitors. Check the Museum website for more details.

Entrance to the Museum is closed 30 mintutes before the scheduled closing time.

From JR Hiroshima station, you can either take a bus or streetcar.

By bus: Exit JR Hiroshima Station at the south exit. Take the red bus (Hiroshima Bus) headed for Yoshijima. Get off at the Heiwa Kinen Koen (Peace Memorial Park) stop.

By Streetcar: Go out the south exit of JR Hiroshima Station. Take a streetcar headed to Eba or Miyajima-guchi. Get off at the Genbakudomu-mae (the A-bomb Dome) stop.

Keep in mind that many of the school tour groups visiting the museum are there for the second or third time (peace studies are part of the Japanese school curriculum), so if you find yourself in a room that is suddenly crowded, try waiting it out. The students are generally eager to get to the next place on their itinerary.