Home
Useful Japanese Lessons
How to Say You in Japanese Naturally 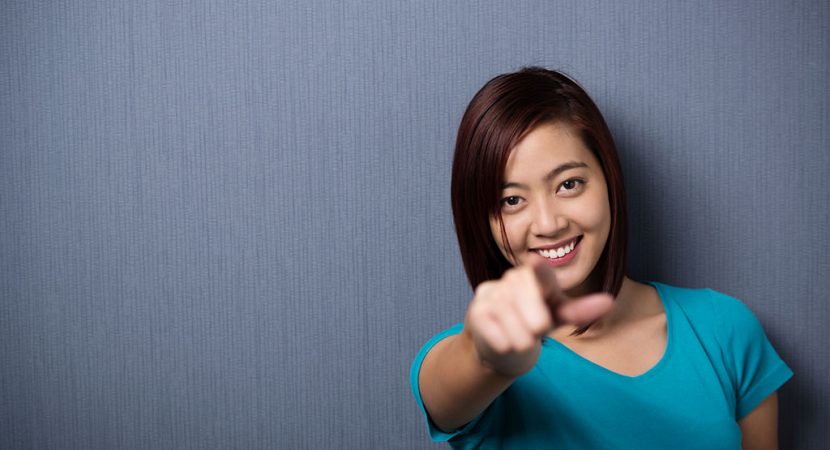 While the standard textbook definition for you in Japanese is あなた (anata), this pronoun is highly nuanced and depends on the situation and to whom you speak.

This can be difficult to master, but this article will teach you how Japanese people say you naturally and discuss the most common Japanese words for the pronoun. If you would like to learn more natural Japanese, we highly recommend the material on Japanesepod101.

Natural Japanese:  Use Names, Not Pronouns

The most common way to refer to another person in a conversation is by their name or work title. While anata translates to the pronoun you, it is only used when addressing a stranger or an acquaintance whose name you aren’t comfortable with yet. As this gives the word a slightly cold and aloof nuance, Japanese people prefer to use each other’s names in private, or perhaps titles in a professional situation.

For example, doctors, teachers, and professional artists all take the title 先生 (sensei). If you speak to someone in one of these professions, you could either say their last name and add sensei or use the title sensei by itself. Either of these options is a more natural-sounding replacement for anata.

1.When do you (a doctor) think I can be discharged from the hospital?    –     先生はいつ頃退院できると思いますか？ (Sensei wa itsu goro taiin dekiru to omoimasuka?)

2.  Tanaka and I are going out for lunch. Will you (the section chief) join us?     –     田中さんとお昼ごはんを食べに行くんですけど、部長も一緒に行きますか？(Tanaka-san to ohirugohan o tabe ni ikun desu kedo, buchou mo issho ni ikimasu ka?)

Another common replacement for the pronoun you in Japanese would be 先輩 (senpai), a title for someone with more seniority.  You may have heard the opposite word for someone who is your junior (i.e. someone with less experience or is younger than you). In Japanese senpai-kouhai culture, it’s essential to understand where you stand in the hierarchy of your office or classroom.

If your coworker or classmate is older or more experienced, you can call them senpai instead of you in Japanese.

Be Careful:  If someone is younger or less experienced than you, DO NOT call them kouhai.  Doing so would be rude, if not insulting.  Kouhai is only used when you talk about the relationship you have with someone and not to refer to them directly.

It is far more natural to not omit the person’s name all together, like this:

Calling Someone By Their Name

If you are speaking to a friend or coworker you’re close with, it’s normal to use their last name followed by -さん (-san), or even their first name if they’re comfortable with you doing so. While a sentence in which the person’s name replaces the pronoun you might look strange in English, it’s very normal in Japanese.  If you are talking to a friend or someone close to you, you can omit the san and just say their name (example below).

Words for Saying “You” in Japanese

While the most natural way to say you in Japanese is to use a person’s name or title, there are words for the pronoun you. Let’s look at a few of these, as well as the situations in which they should (and shouldn’t!) be used.

As mentioned earlier in this article, あなた (anata) is only used when speaking to a stranger or a brand-new acquaintance. While it isn’t considered rude to use anata with people you know, it will make your Japanese sound a bit cold or even clunky.

The only other time anata is used is when wives refer to their husbands. This might be surprising, as a husband is about as far as you can get from a stranger. When used as a pet name, anata does hold more of a feminine nuance and is often used as a pet name when the couple is alone.

君 (kimi) is a more casual way of saying you than anata. It is mostly used by men when speaking to their friends, wives, or romantic partners. Kimi is also used by adults when they are talking to children. Since kimi is a casual form of Japanese, it would be considered rude to use it when referring to your boss or someone older than you.

おたく (otaku) is not to be confused with オタク(otaku), or nerd. Otaku is usually used when someone is slightly younger or less experienced than the speaker.

Otaku is a bit dated now, but middle-aged businessmen and older women do still use it often. This is especially the case when the speaker has forgotten the person’s name to whom they are speaking.

Both men and women use otaku but it should not be used to address your elders or superiors. Otaku has the slightest hint of condescension to it, which would sound friendly coming from someone older or more experienced than you but would be insulting if it were the other way around.

4. あんた (Anta) – For Exasperation or Anger

The pronoun あんた (anta) is an abbreviation of anata, but you DO NOT use it in the same situations. Anta is a very casual way of saying you in Japanese. It is almost always set aside for situations in which the speaker is annoyed or angry at someone else.

Obviously, anta isn’t the word for you to use with your Japanese boss—but if you have a Japanese partner, it will fit perfectly. Parents also use anta when scolding their children.

The word お前 (omae) is a very masculine way of saying you in Japanese. Japanese men use omae with their friends, or perhaps in a tough situation when they need to raise their voices. Depending on the tone of voice in which it’s spoken, omae can either be an endearing phrase or a warning to back off.

If you want to say you in Japanese to someone you dislike, use 貴様 (kisama) or てめえ (temee). Both of these are fighting words, so we hope you’ll never have to use them. A police officer might use kisama or temee when speaking to a particularly unruly criminal. However, you’re most likely to hear these two rude pronouns in anime or a movie. It goes without saying, but these aren’t words you would use for your friends, let alone your superiors.

Ironically, kisama was originally a very polite word. The kanji 貴 (ki) is still used in keigo to refer to businesses or schools in formal emails or conversations. For example, 貴社 (kisha) means you in Japanese—but only when referring to an entire company. 貴店 (kiten) means you in regards to a store or a store’s branch. Kisha is especially useful when you are job-hunting in Japan; just don’t mix it up with kisama during your interview!

You in the Plural Form

To make you plural in Japanese, add the suffix -たち (-tachi) to any of the words listed above. The suffix -tachi is completely neutral, so it doesn’t make the pronoun any more or less polite than it already was.

You in the Possessive Form

If you want to change you to your in Japanese, add the particle の (no) after any of the words listed above. As with the suffix -tachi, no is not going to change how polite the pronoun it follows is (or isn’t). It merely implies possession.

There are many words for you in Japanese. While each has its nuance and role in Japan’s social structure, the most natural way to refer to another person directly in Japanese is to say their name or title.

Some Japanese people don’t even say “you” at all! If you’re in doubt about how to refer directly to someone else in Japanese, it’s safest to say their name or title. If you don’t know this information, that means the person in question is a stranger and that using anata is acceptable.

How do you say you in your language? Let us know in the comments! Thank you for reading our article on how to say you in Japanese.