Home
Useful Japanese Lessons
What Does Moshi Moshi Mean in Japanese? Does It Really Mean “Hello?” 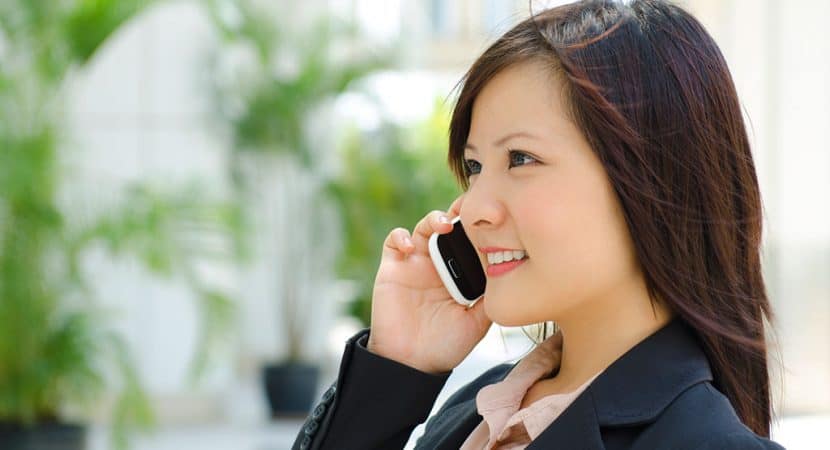 In Japan, もしもし (moshi moshi) is commonly used when some answers the phone. It is equivalent to saying “hello” in English.  However, moshi moshi is only used over the phone.

もしもし is one of the first Japanese expressions many students learn. Anytime you answer the phone in Japan, you can do so by saying “moshi moshi.”

Another Use of Moshi Moshi: Checking if Someone is Still on the Line

もしもし (moshi moshi) can also be used if your conversation is breaking up or difficult to hear. Saying moshi moshi in this situation is to see if the other person is still on the line or to check if they can hear you or not.

Let’s take a look at an example continuing the conversation above.

When to NOT Use もしもし (Moshi Moshi)

Even though moshi moshi means “hello,” it is generally only used on the phone. You can’t use it as a greeting when talking to people face to face. There are many ways to say hello to people in Japanese, like saying こんにちは (konnichiwa), おはようございます(ohayō gozaimasu), or even casual ways like どうも (dōmo).

Although this is widely used by Japanese people of all ages, it is not recommended to use it in business settings. In business situations, you would answer the phone by stating your company’s name, followed by your name. You’ll also do this when you call someone for business.

Why Should Moshi Moshi (もしもし) Not be Used in Business Settings?

Businesses in Japan need to be very formal and polite, so using a casual expression like moshi moshi with their customers or partners may come off as unprofessional or even rude.

Other Uses of もしもし (Moshi Moshi)

Some people may use moshi moshi to get someone’s attention. This can be friends who aren’t paying attention to you or strangers on the street.

If you are talking with your friend and they are ignoring you, you could say, “moshi moshi?” to mean “Hello? Are you paying attention?”

Some people also use this to get the attention of a stranger. If you see someone accidentally drop something, you could get their attention by saying, “moshi moshi.” In this case, moshi moshi is said to replace someone’s name (or a title). It is equivalent to “Hey, ma’am” or “Hey, sir” in English.

However, it is much more common and polite to say すみません (sumimasen), which means “excuse me,” when you want to get someone’s attention.

The History of もしもし (Moshi Moshi)

What’s the origin of moshi moshi? There are several theories. The most widely accepted explanation is this:

Around 100 years ago, when telecommunication was first introduced to Japan, telephone operators connected callers to the person they wanted to contact.

These operators were using the expression “申します (moushimasu)” to relay the call. This is a humble form of the verb 言う (iu), which means “to tell or to say.” Due to the poor connection they had back then, they used to say “moushimasu” twice.

Moshi moshi is written only in hiragana, even though the origin of this word came from kanji (申します). And since this expression is a Japanese word without any foreign roots, katakana is not used.