Home
Places to Visit
Is Osaka Castle Worth Visiting? 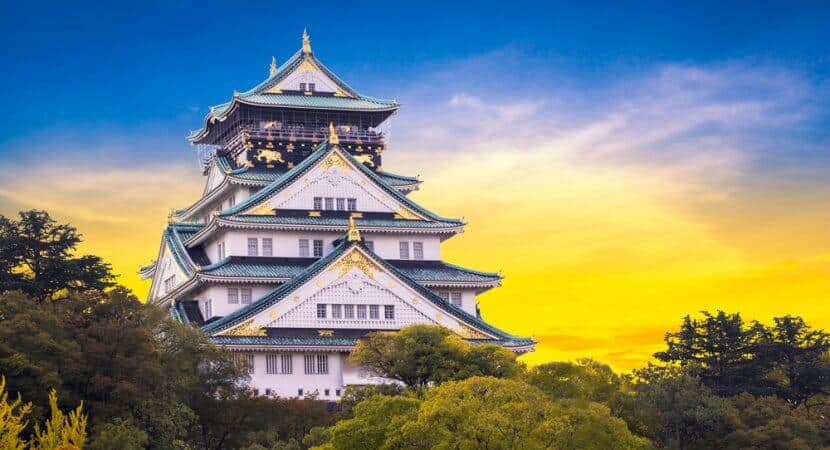 Osaka Castle:  The Most Touristy Castle in Japan?

Any of you castle buffs will know that there are hundreds and hundreds of castles to visit in Japan – a tiny number compared to the thousands that used to stand in this country.

But when you’re on a short trip to Japan, how do you choose which castles to visit? In this travel guide, we’ll take a look at Osaka Castle and see if it’s worth a visiting. 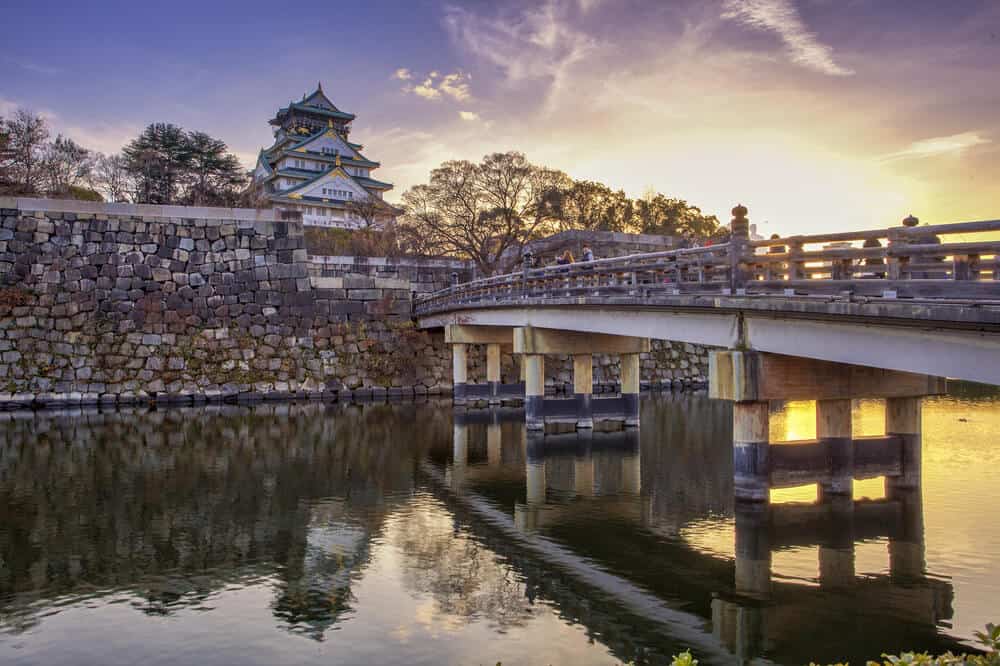 As a major city in Japan, Osaka usually finds itself on most tourists hit lists, particularly if you also happen to be visiting Kyoto or Nara which are both close-by.

Top attractions include Kaiyukan (the Osaka aquarium), Dotonbori (the main shopping street) and of course USJ (Universal Studios Japan). Following these, Osaka Castle is another top choice for tourists and sees plenty of visitors on a daily basis.

A Video Tour of the Castle

There are mixed feelings on this frontier.  For the hard and fast traditionalist, this castle just doesn’t cut it. 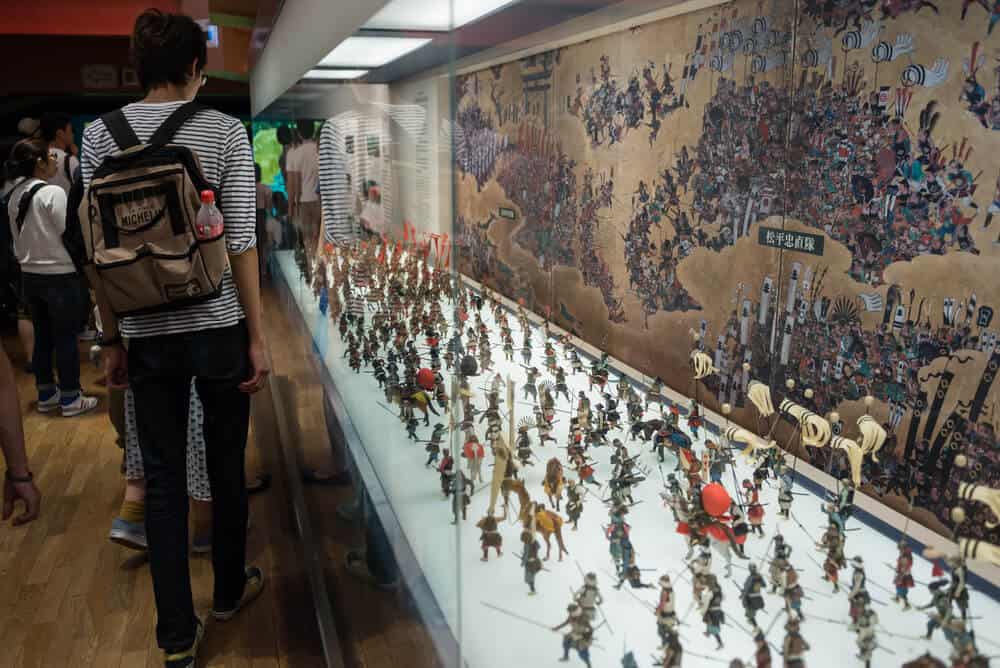 While the museum has some fascinating exhibits, the castle building itself is just too modern, and you don’t get that feeling of stepping back in time that you experience when visiting other old castles.

On the other hand, a reconstructed castle is better than no castle at all, and the grounds surrounding it are stunning.

The bottom line is this – if your visit to Japan is short and you don’t have time to visit many (or any) other castles, then the Osaka Castle is well worth a visit.

It may be reconstructed and a bit gimmicky, but at least you’ll get a feel for the real deal.

However, if you are a resident in Japan or have enough time on your travels to visit some genuine castles, then you may want to give Osaka Castle a pass.

It consistently scores about 4 out of 5 as an attraction, but the vaguely sour reviews it gets indicates that this one isn’t the cream of the crop.

A Brief History of Osaka Castle

Originally built in 1583, the castle fell under siege in 1615. The new owners renovated and improved upon it in 1620, but when it was struck by lightning in 1665 it burnt to the ground.

The structure which stands there now is a reconstruction built in the 1930’s. While it looks authentic, it is actually built largely of concrete.

The reconstruction is even more evident once you get inside and see that you can take an elevator to the top of the keep. Definitely a lot different than the original! 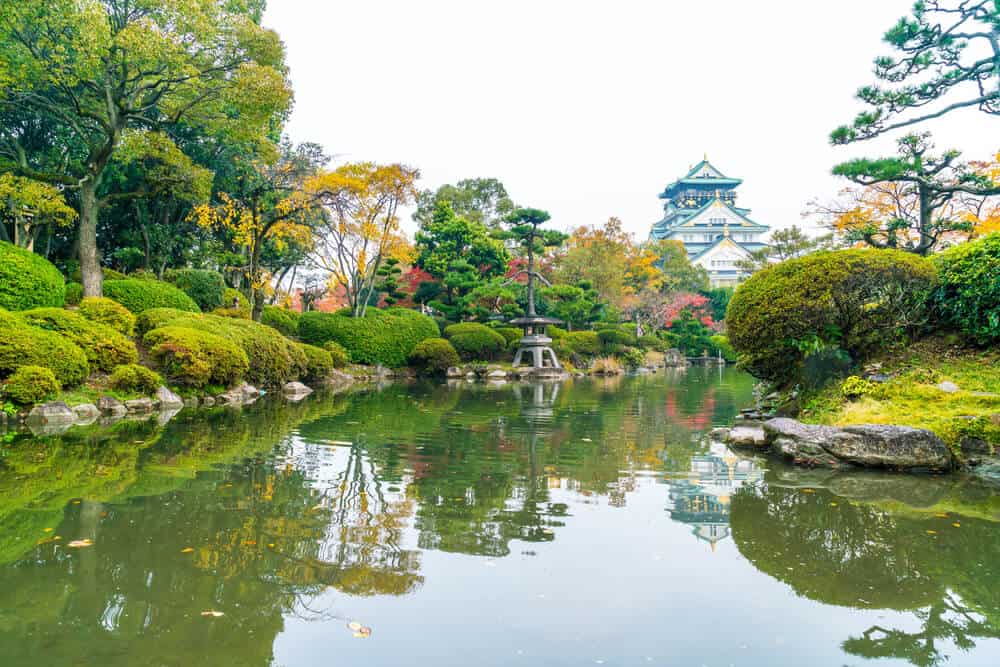 While this may deter many traditionalists, you have to admit that it is nice to have the wheelchair access. Many Japanese castles of antiquity are unable to be modified to accommodate the needs of all visitors.

There is a museum in the main tower and magnificent surrounding park which has extensive grounds of over one hundred hectares.

There are thousands of trees, plants and flowers in the gardens which have peak times for viewing around the year.

The moat is particularly beautiful; at 70 to 90 meters in width, it is a formidable entrance to the compound.

Top seasons for visiting the castle and gardens are during the spring for the cherry blossom viewing, and also in the autumn when the leaves turn red and dramatically change the view. 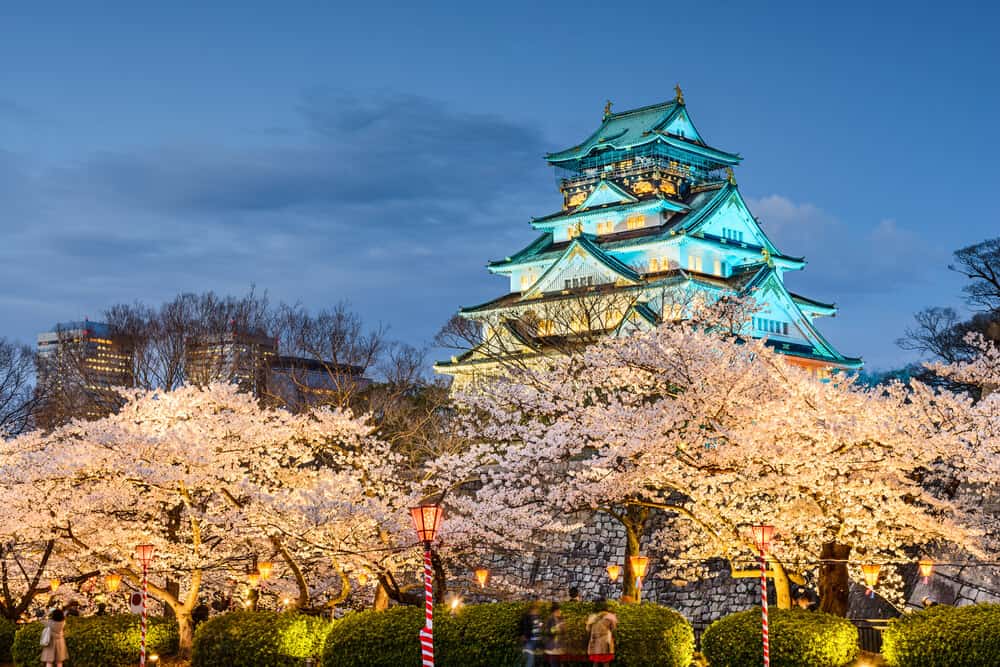 The Osaka Castle has different opening times depending on the time of year.   Extended hours are offered during peak seasons such as cherry blossom viewing and holidays.

Or if you would like to enter through the Otemon Gate (which many people recommend) take the Osaka City Subway Chuo Line from Honmachi Station and get off at Tanimachi 4-chome Station (Tanimachi yon-chome).  The ride costs 180 yen each way and takes around 2 minutes.

For more information, check out the Osaka Castle website.

There are plenty of things to see within the castle compound, and visitors should be cautioned not just to charge up to the top of the keep and then leave.

Take your time to explore all that the grounds offer to make the most out of your trip. 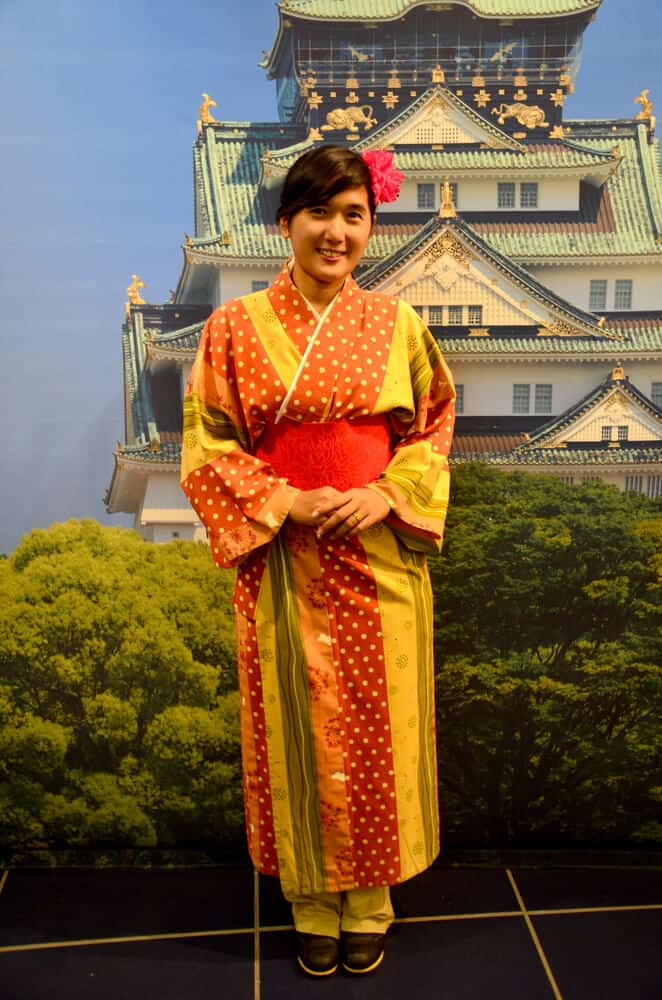 The “dress-up” experience (with photo shoot) in the castle is certainly cheaper than other similar services elsewhere, but you get what you pay for. It is a rushed affair and personally, I wouldn’t bother with it.